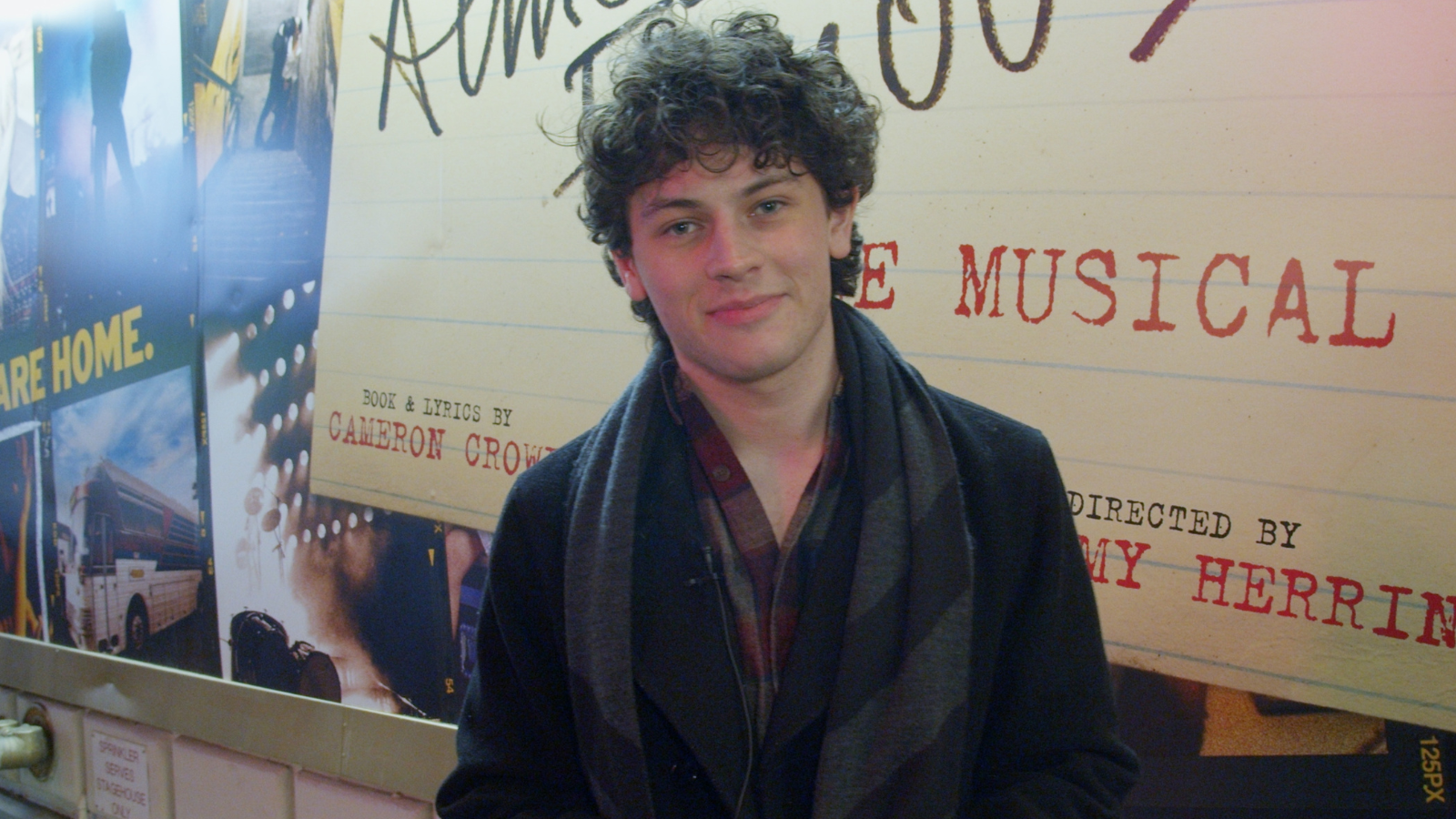 Sometimes a star knows exactly what works—and Casey Likes fought hard to keep his favorite line in the new Broadway musical Almost Famous. Find out that answer, what’s in his dressing room, which artists he’s listening to before the show, and more in Theatrely’s latest edition of Stage Door Speed Round below.

With music by Tom Kitt with lyrics by Cameron Crowe and Kitt, Almost Famous is the latest stage adaptation to hit the Great White Way. Based on Crowe’s semi-autobiographical 2000 film of the same name, the story follows 15-year-old William Miller (Likes) as he pursues a career in music journalism. After convincing Rolling Stone magazine he’s older than he looks (he’s not), William hits the road with an up-and-coming band.

‍‍Almost Famous opened November 3 at the Jacobs Theatre after beginning previews October 3. The musical had an out-of-town world premiere tryout in San Diego at The Old Globe in 2019.