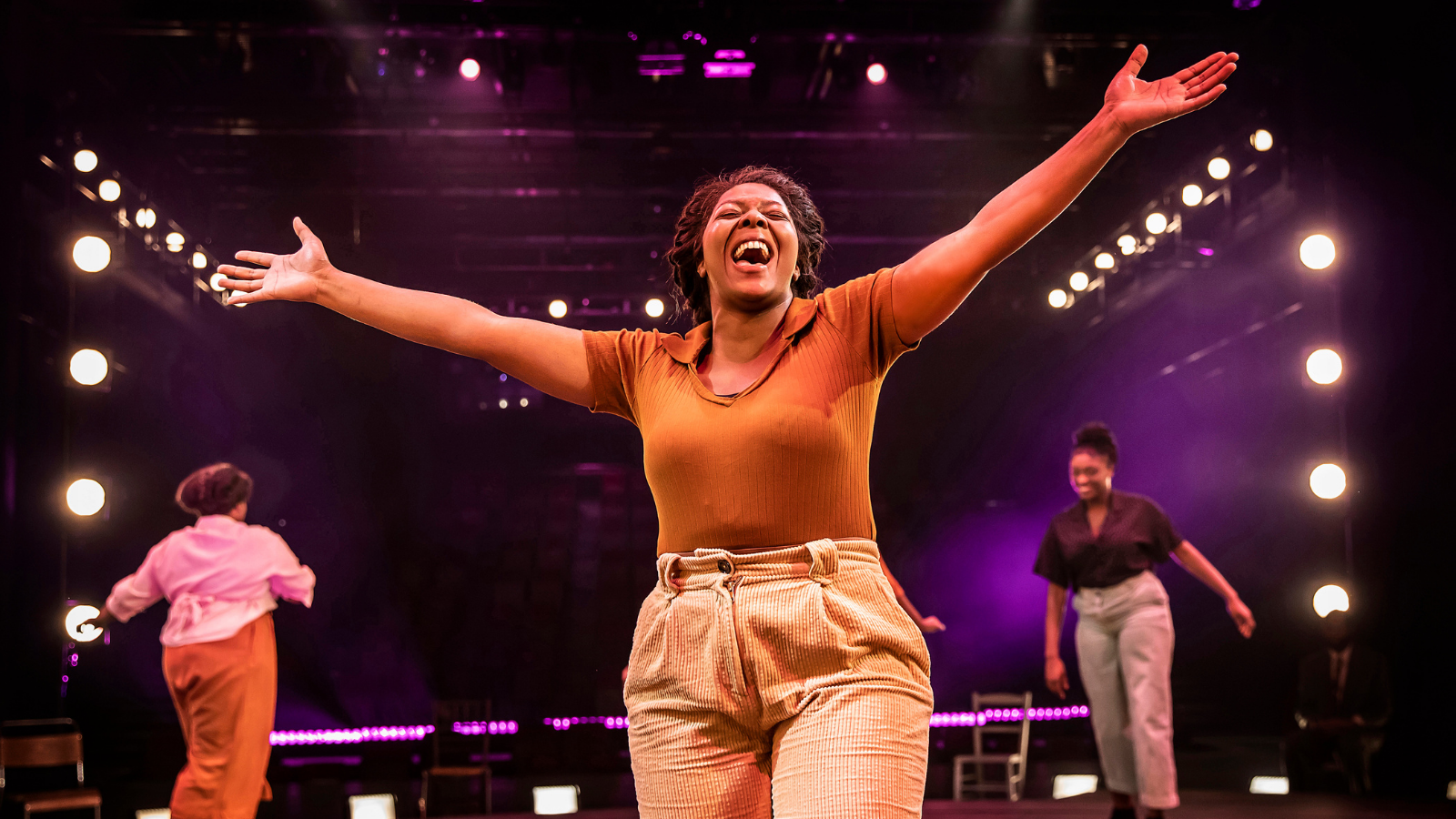 As the temperature drops and pandemic fatigue sets in, it’s been so tempting to wrap myself in my duvet and not emerge until spring. Luckily, The Color Purple was exactly the thing I needed to cure the winter blues. Presented by Curve Leicester in association with Birmingham Hippodrome, this production is live streamed which meant that I could enjoy it from the comfort of my blanket cocoon. And boy did I.

Based on Alice Walker’s Pulitzer Prize-winning novel of the same name, The Color Purple follows the life of Celie, an African American woman living in the American South. We meet Celie at age 14 and watch her life throughout several decades. In the meantime, we witness Celie’s joys and sorrows and watch her relationships grow. While it can be bleak at times, the show is uplifting as it celebrates Black lives and Black performers making it especially relevant and poignant today.

This production was top notch and the cast was especially incredible. T’Shan Williams was magnetic as Celie, playing the role with intensity and vulnerability. She was especially wonderful whenever Celie had a moment to herself as Williams connected to the camera and made it feel like she was speaking directly to you, confiding in you about Celie’s thoughts and desires. It was electric. Meanwhile, Ako Mitchell was deliciously skeevy as Mister. I couldn’t help but bristle every time he appeared onstage. Also notable were Karen Mavundukure who played Sofia with a wonderful combination of strength and sass and Carly Mercedes Dyer, who was a commanding presence as Shug Avery. I have to say every single member of the ensemble shined and I found myself enraptured by every performance.

The production itself was a stripped-down concert staging, done in the round which I found to be largely effective. The mostly bare stage invited the audience to pay attention to the characters, a decision which paid off due to the strength of the actors.

Since this production was filmed, I do need to comment on the camerawork. This production did a better job than most to make sure that it captured the magic of the stage show without being distracting. The use of close-up shots was particularly effective during the more emotional scenes. With that being said, I will admit that I was let down a bit during the ensemble numbers as the use of close-up shots caused a lot of the staging and choreography to be lost—an absolutely minor complaint given the strength of the production as a whole. ‍

The Color Purple from Curve Leicester was just the winter pick me up I needed, it’s not to be missed!

Please note, the streamed production will be available to audiences in the UK and Ireland only, streaming now through March 7, 2021. For tickets and more information, visit www.curveonline.co.uk

Katie Dye is based in London and has a BA in Anthropology from the University of Central Florida, a JD from Tulane Law School, and is currently working on an MA in Arts and Cultural Management from King’s College London. Perhaps more importantly, she started her entertainment career as a theatre tech at Universal Orlando’s Horror Make-Up Show and has since amassed nearly a decade of experience in the industry in tech, talent, legal, front of house, and ice rink maintenance capacities.