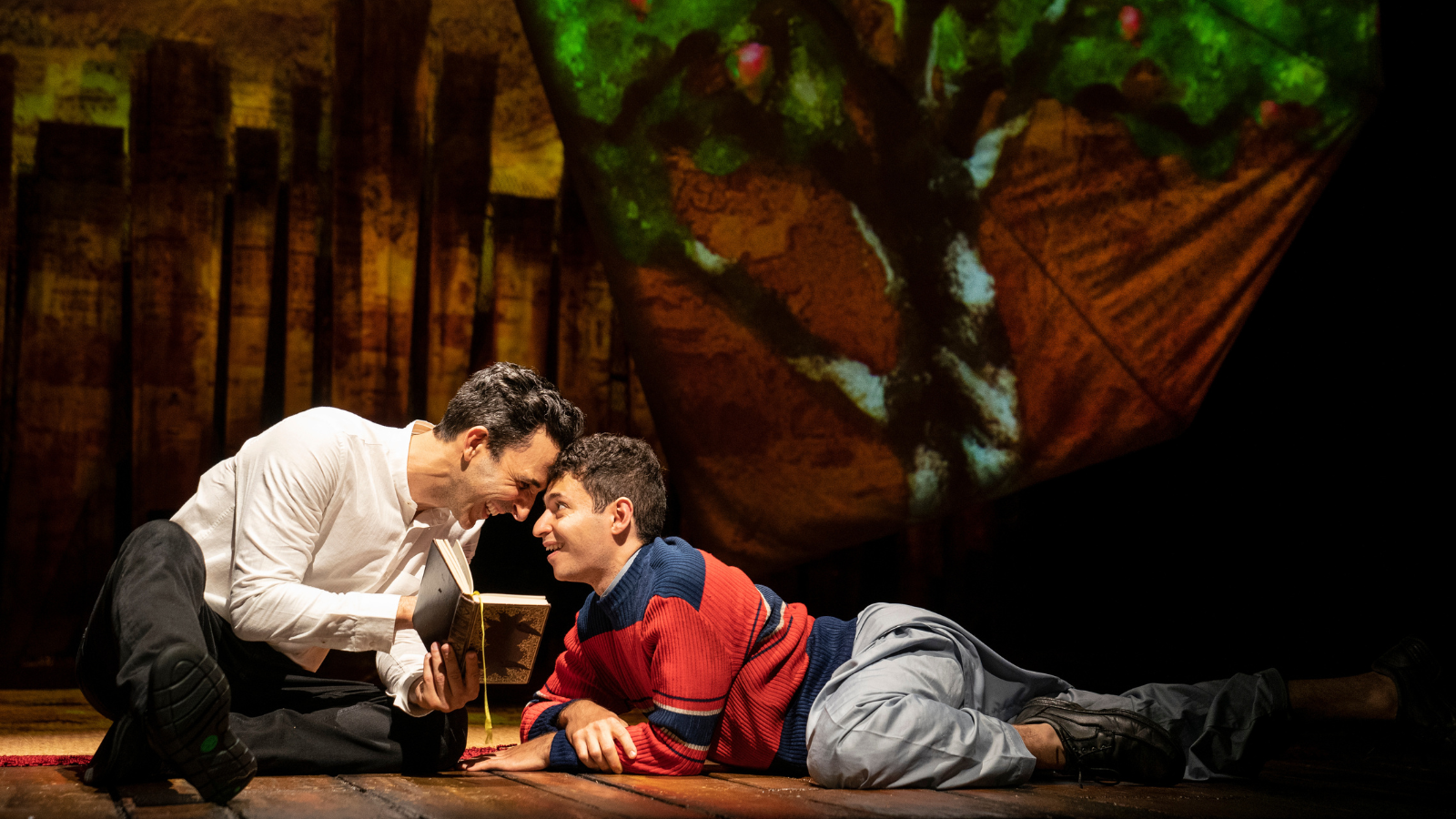 Remember the last Bush era? How dusty and militarized it all felt? Maybe that’s just how I was introduced to the country when I moved here in 2005. All footage of “the Arab world” was shot with an ugly, yellowed lens and all media surrounding it was either grossly propagandistic or, on the other side, pretty corny in its attempt to humanize the people. (Same thing happened with Mexico and the cartel-border of it all, but that’s another story).

The Kite Runner, adapted from Khaled Hosseini’s best-selling novel from 2003, finds itself in the latter camp (though, with not a single Arab-sounding name in its creative credits, it’s not exactly authentically produced, either). But though the book starts out decently strong, it ends up feeling like 30 Rock’s Precious parody, Hard to Watch: Based on the Book 'Stone Cold Bummer' by Manipulate. Whether Hosseini’s fault — I’ve not read his book — or that of playwright Matthew Spangler, I cannot say, but the results are an unwelcome throwback to the Bush era’s inelegant emotional manipulation.

From a successful life as a writer in Northern California, Amir (Amir Arison) narrates his story from the early days as a wealthy merchant’s son in Kabul, where he would fly kites with his best friend, their servant’s son Hassan (a sensitive Eric Sirakian). The two kids’ socioeconomic differences — or, rather, Amir’s enactment of them — leads to a tragic falling out after a local bully sexually assaults Hassan. Amir, who stood quietly by, feels the shame of his inaction all the way to the States, where he and his father eventually flee during the Soviet-Afghan War.

It’s a sturdy set up for a first act, but it covers, from what I understand, approximately the book’s first quarter, and then tears through nearly three decades in its rushed second half, where Amir grows up to marry a fellow refugee, buries his father, and receives a life-changing phone call that would add at least nine more things to this list.

As the narrator-lead, Arison admirably does not leave the stage once, and has an impressive speaking voice that’s invitingly easy to follow. But his acting is stretched melodramatically thin in most of the play’s too-few book scenes— granted, being made to cram this much misery into two and a half hours, it’s not hard to see how emotion could swing wildly.

He’s done no favors with Spangler’s work, which struggles to translate the book’s first person narration into compelling drama. The monologues, as capably delivered by Arison, feel sturdier and more developed than the scene-heavy ones. The play suffers from an inability to separate, or choose between, showing and telling. Two remarkably violent scenes, in particular, are shown (behind a scrim) and then immediately repeated via narration.

I respect the production’s well-crafted smallness. Barney George’s sets and costumes are straight-forward, but vivid, with Charles Balfour’s lighting and William Simpson’s projections adding great flair. The ensemble’s use of wind wands during kite competitions, or to echo Amir’s love of kites, is invigorating (sound design by Drew Baumohl). And Salar Nader who often plays tabla drums downstage, is a joy to hear.

But it had been too long since I’d last seen this kind of tearjerky TED talk, and it’s a genre I did not particularly miss. It’s a fascinating-enough story, if only because its healthy heapings of melodrama demand the seriousness post-9/11 white guilt. But its hurried second act doesn’t deliver on the first’s more in-depth investigations of class, ethnicity, and of who gets to escape versus who must stay in a decaying country. Facing this narrative in 2022, I’d just as soon leave it on the school reads table at Barnes & Noble.

‍The Kite Runner is in performance through October 30, 2022 at the Hayes Theatre on West 44th Street in New York City. For tickets and more information, visit here.