THE LEHMAN TRILOGY Wins the Tony for Best Play 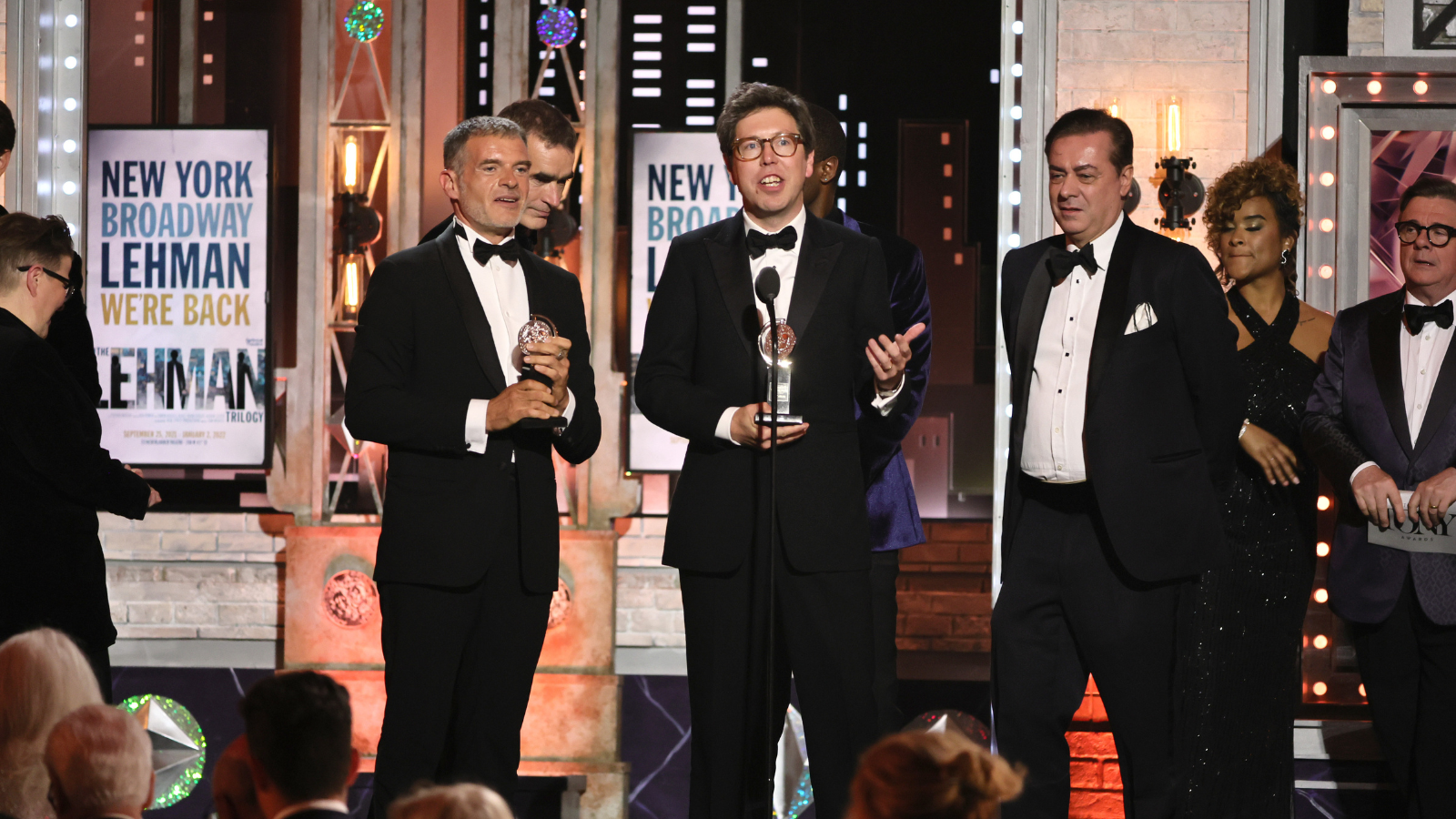 They're in the money! The Lehman Trilogy has won the Tony Award for Best Play. The play, written by Ben Power, was adapted from Italian novelist Stefano Massini’s original work of the same name. This production was directed by Sam Mendes, who was nominated for the Tony for Best Direction this year. The Lehman Trilogy  beat out such incredible plays as Clyde’s, Hangmen, The Minutes, and Skeleton Crew.

The play starred a powerhouse of performances so great they were all nominated for Tony Awards this year! The three Lehman brothers were played by Adam Godley, Ben Miles, and Simon Russell Beale.