THE PHANTOM OF THE OPERA Announces Broadway Reopening 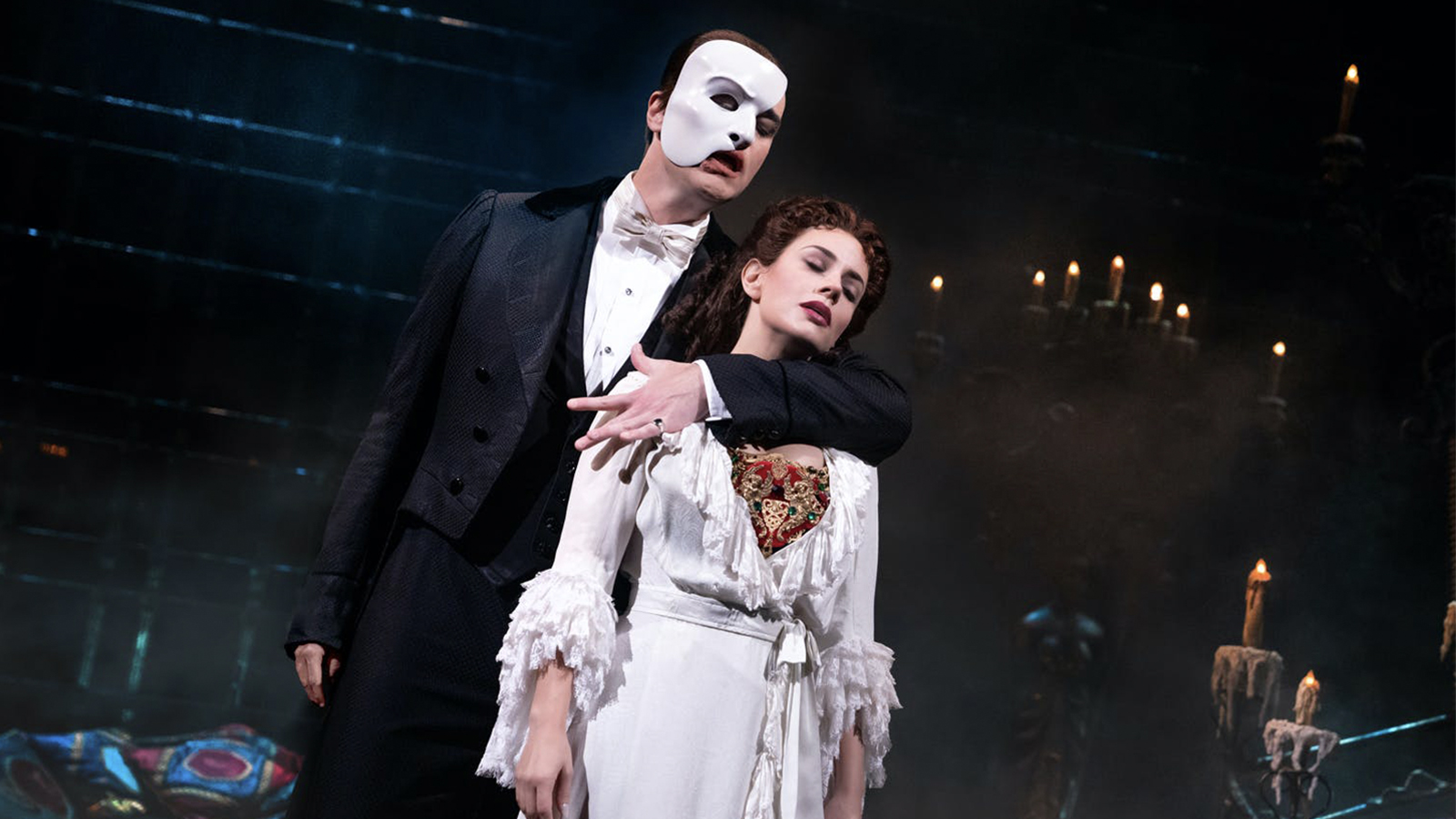 Andrew Lloyd Webber and Cameron Mackintosh today announced that The Phantom of the Opera, the longest-running show in Broadway history, would resume performances on Friday, October 22. Tickets will go on sale this Friday, May 7 at 9AM.

Directed by the late theater legend Harold Prince, The Phantom of the Opera will re-open at The Majestic Theatre, the musical's New York home for all 33 record-breaking years.

The acclaimed New York cast and Broadway's largest orchestra - on pause since Broadway's industry-wide shut down last March due to COVID-19 - will return with the production.

Cameron Mackintosh said today, "Never in a million years last March could we have imagined that all of Broadway would be shuttered for nearly a year and a half, but I am thrilled that today we can announce The Phantom of the Opera will return in all its gorgeous splendor to The Majestic Theatre this October. It has been an extraordinarily difficult time for the 125 people who work on stage, backstage, in the orchestra pit and the front of house at The Majestic, but I am overjoyed that we will all be together again this fall as Broadway's longest-running show of all-time resumes its unprecedented run as one of New York's true landmarks."

Andrew Lloyd Webber added, "I am a proud Brit, but Broadway has always been my spiritual home. To have Phantom lead the effort to bring our beloved community back to the stage is a moment of immense pride for me. The only heartache is that Hal will not be with us, but when we all return for our first performance on October 22, I know his spirit will be there, cheering our cast, crew and orchestra on and welcoming audiences back to The Majestic Theatre."

Based on the classic novel Le Fantôme de L'Opéra by Gaston Leroux, The Phantom of the Opera, has music by Andrew Lloyd Webber, lyrics by Charles Hart with additional lyrics by Richard Stilgoe and book by Richard Stilgoe and Andrew Lloyd Webber. It is directed by the late Harold Prince. Musical staging and choreography is by the late Gillian Lynne. The Phantom of the Opera has production design by the late Maria Björnson, lighting by Andrew Bridge and sound by Mick Potter with original sound by Martin Levan. Musical supervision and direction is by David Caddick and orchestrations are by David Cullen and Andrew Lloyd Webber.

Ticket prices range from $29-$169, with Premium tickets also available. To order tickets and for complete performance and holiday schedules, visit www.Telecharge.com or call (212) 239-6200. Buy tickets for The Phantom of the Opera now for any performance through January 17, 2022 and you can either refund or exchange your tickets into any other date until two hours before the performance.

Broadway is committed to providing healthy and safe facilities for audiences, performers and staff. Based on CDC and New York State guidelines at the time of performance, protocols may include mask enforcement, increased cleaning and ventilation/filtration enhancements, vaccination or negative test verification and more, as developed by the theater owners in conjunction with the State. Although it has yet to be mandated, we anticipate that, at a minimum, all patrons will need to be masked, as will all front-of-house staff.