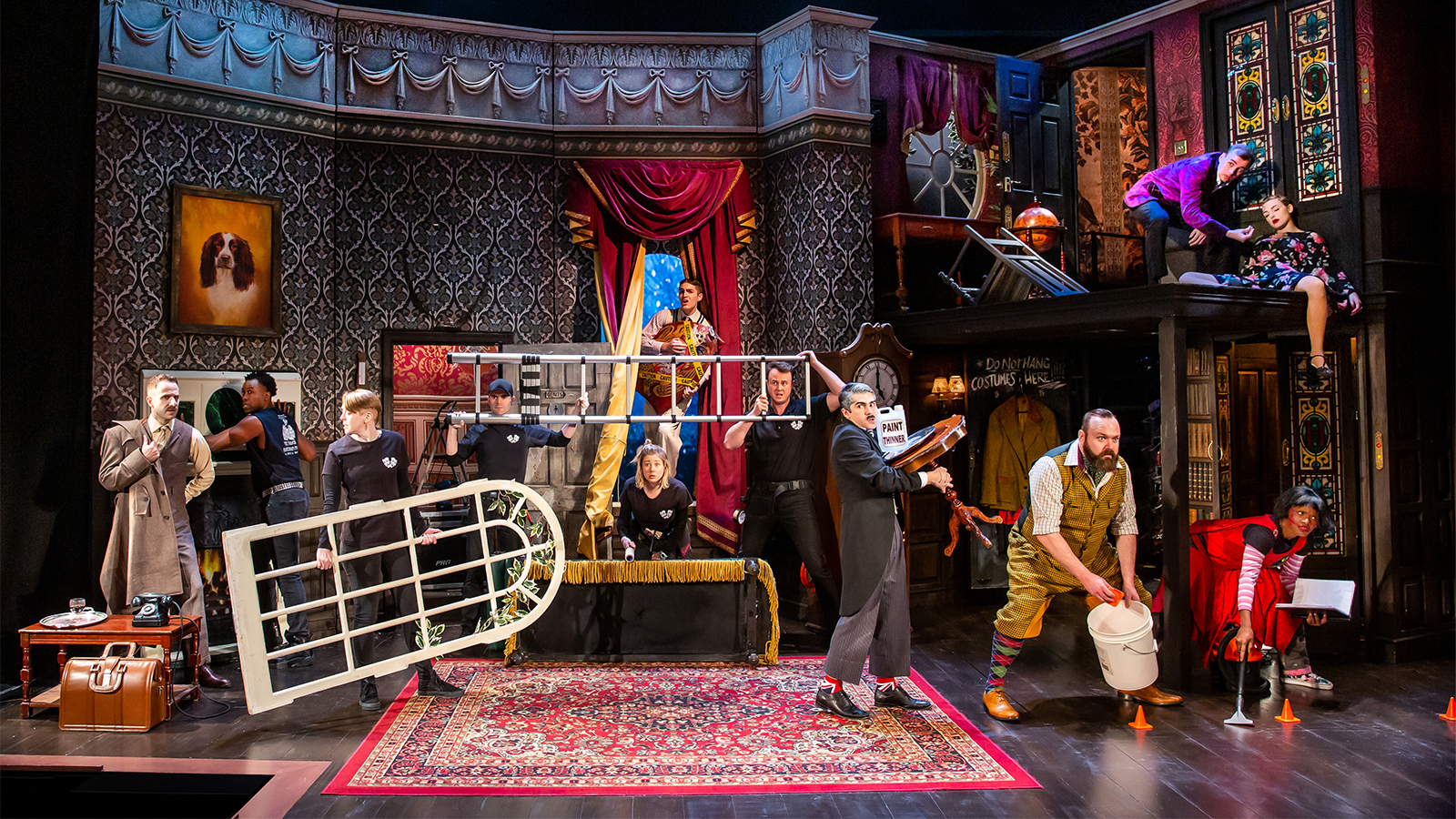 The producers of the international hit comedy The Play That Goes Wrong are pleased to announce that the New York production will resume performances on the Tony Award winning set at New World Stages on October 15, 2021.

The Tony Award-winning set remarked “To say I was unhinged during this time, would be an understatement. It’s just great to be back on the boards again.”

Co-written by Mischief company members Henry Lewis, Jonathan Sayer and Henry Shields, The Play That Goes Wrong is a riotous comedy about the theatre. The play introduces The ‘Cornley University Drama Society’ who are attempting to put on a 1920s’ murder mystery, but as the title suggests, everything that can go wrong…does, as the accident prone thespians battle on against all odds to get to their final curtain call.

Tickets are now available online at Telecharge.com or by calling Telecharge at 212-239-6200

The anticipated return of theatrical performances is subject to the approval of the NY State Department of Health and the Governor based on the continuing growth of the fully vaccinated population, coupled with an ongoing decline in total COVID-19 cases and positivity rates. The Department of Health and the Governor will review and approve health protocols in the theater established by the theater owner to assure that the highest safety standards are in place.

New World Stages is committed to providing healthy and safe facilities for audiences, performers, and staff. Based on CDC and New York State guidelines at the time of performance, protocols may include mask enforcement, vaccination or negative test verification, and more as developed by the theater owners in conjunction with the State. New protective systems – including sanitization and filtration requirements – will be implemented by the theatre to align with federal and state recommendations, and if any regulations change, the theatre will follow state, and federal guidelines to maintain safety for all.