THE TWO CHARACTER PLAY Is The Perfect Amount of Weirdness — Review 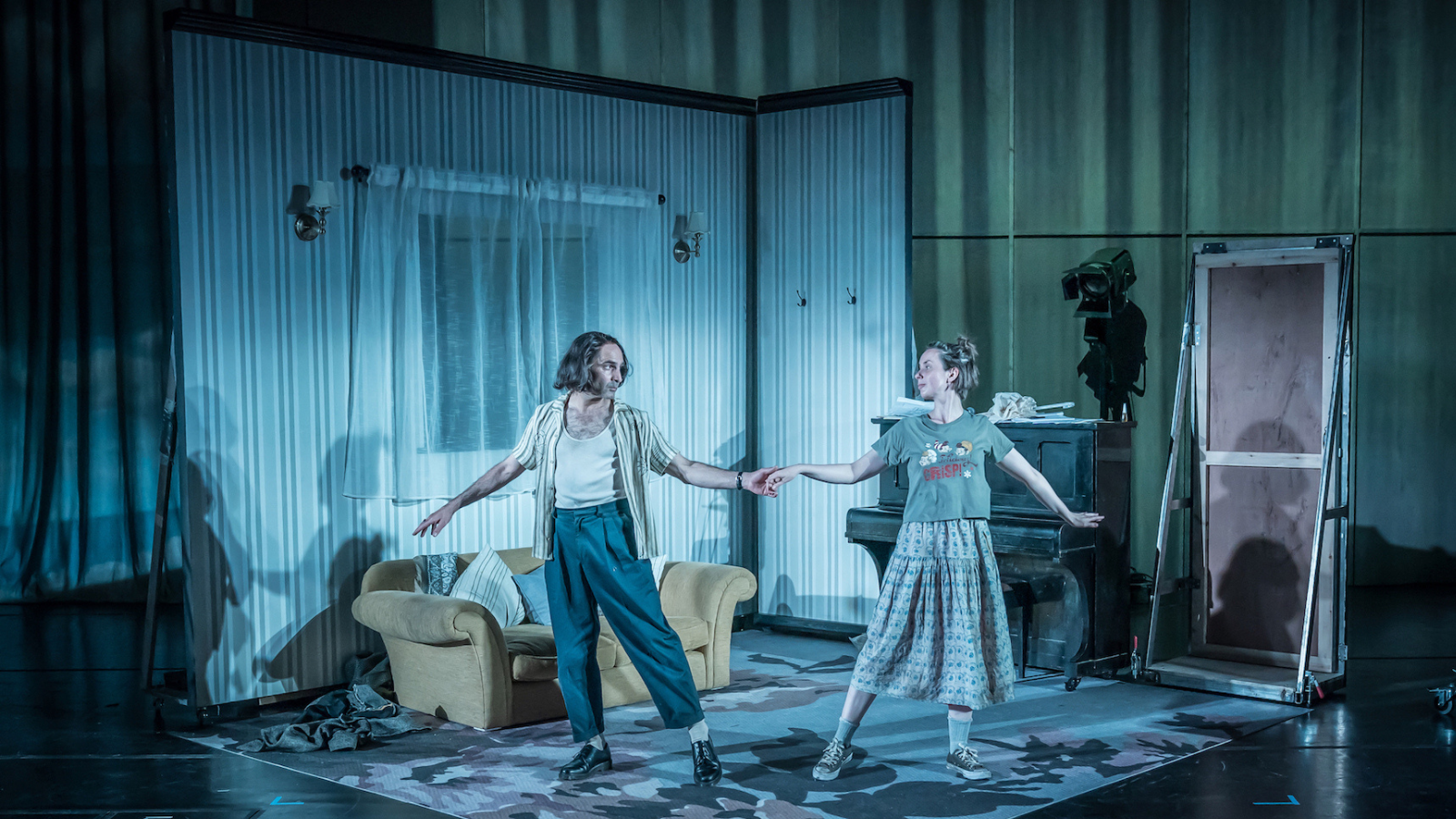 What better way to celebrate the reopening of London’s theaters than with a play about theatre? Tennessee Williams’s The Two Character Play at the Hampstead Theatre is just that. The show follows a pair of actor siblings as they attempt to perform a play after the rest of their cast and crew abandoned them in a theatre in the middle of nowhere. What follows is an incredibly meta performance where actor and character become indistinguishable from each other.

While I vaguely knew what to expect when walking into the show, it exceeded my every expectation. I absolutely loved it. My inner theatre kid was tickled by the meta jokes and my outer theatre adult appreciated the twists, turns, and social commentary. The play is hilarious, dark, frightening, and unnerving and it was so wonderful to finally be able to feel these emotions in a (still socially distanced) auditorium.

While Williams’s words are important, I am not here to critique Tennessee Williams, that would be way too presumptuous of me. This production owes its success to the strength of its actors and direction. Both Kate O’Flynn and Zubin Varla, who play the titular two characters, bring an intensity to their roles that is completely compelling. I couldn’t take my eyes off of either of them as they effortlessly slipped from playing Clare and Felice the actors to playing Clare and Felice the characters in the play-within-a play.

Sam Yates’s direction, though, makes the production. He expertly melds comedy, drama, and horror to create a package that puts the audience through an emotional roller coaster. I started the play amused and ended it on the edge of my seat with my heart racing (and this isn’t hyperbole, my Apple watch can confirm my elevated heart rate for much of the second act!). I can’t remember the last time I saw a show that affected me so viscerally, and in these theatre-starved times that is absolutely a good thing.

Although the play can be heavy at times, the humor keeps it from being too bleak and its weirdness makes it entertaining throughout. I highly recommend it, especially if you have an interest in meta theatre, surrealism, or just an interesting night out.

The Two Character Play is now playing at the Hampstead Theatre in London through August 28, 2021. For tickets and more information, visit here.

Katie Dye is based in London and has a BA in Anthropology from the University of Central Florida, a JD from Tulane Law School, and is currently working on an MA in Arts and Cultural Management from King’s College London. Perhaps more importantly, she started her entertainment career as a theatre tech at Universal Orlando’s Horror Make-Up Show and has since amassed nearly a decade of experience in the industry in tech, talent, legal, front of house, and ice rink maintenance capacities.