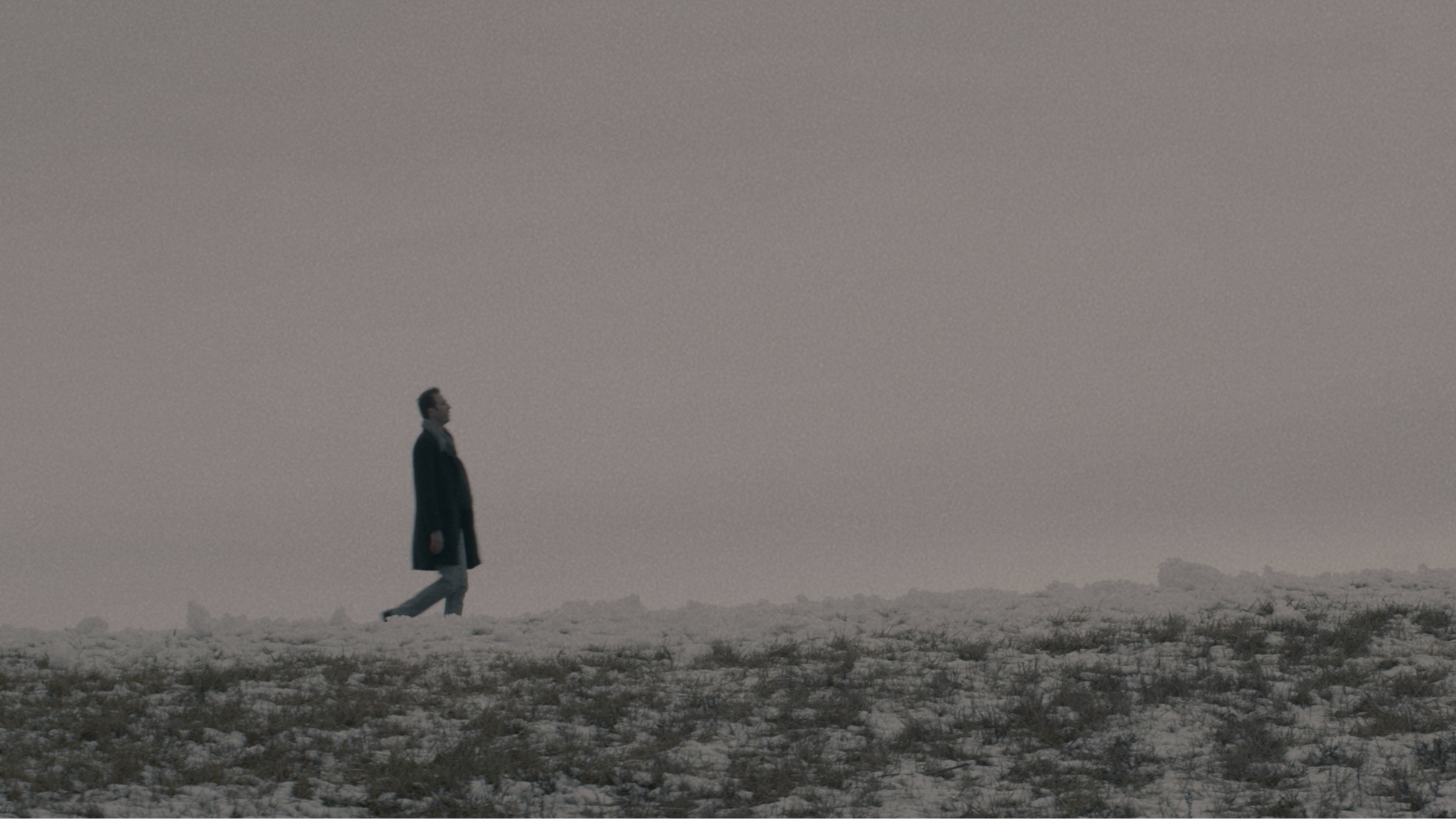 Jeremy Weiss in "The Wandering"
By
Juan A. Ramirez
&
on
Category:
Features

Born out of pandemic-generated wanderlust and the wondrous lust the music of Franz Schubert inspires, The Wandering is an upcoming “online and offline show” devised by a diverse team of young artists. Describing itself as “a visual album, a narrative drama, and a live experience,” it shrouds itself in a mysterious aura audiences will have to wait to uncover. What separates it from other Zoom-era entertainments is the distinct lack of Zoom––or any conventional methods of narrative consumption, for that matter.

An “immersive ticket” grants you access to an interactive website where the show unfolds, accompanied by materials delivered to your doorstep (a “digital ticket” nixes this last component). While the team behind it is holding onto its best surprises, I spoke to co-creative directors Jeremy Weiss and Calista Small, as well as co-creators Charlotte McCurdy and Lara Panah-Izadi––four multifaceted talents essential to the production––to better understand what promises to be a uniquely 2021 work of multimedia art.

“[Calista and I] wanted to figure out how to create a live performance when everybody can't be in the same theater,” Jeremy Weiss said on a recent Zoom call. “People sit in the theater house. What is that? What are the components of that? Rather than just seeing faces on Zoom, how can we actually connect people with each other?”

The result of those conversations is a four-day immersive experience that features augmented reality, online interactions, outdoor missions, film, drag, and Schubert.

“We've designed for it to be consumed over four days because after every episode that you watch, which are all around 10 minutes long, you have an interaction, which can take a while,” Calista Small said. “We ask people to go for a walk and to really explore themselves or their surroundings. So we recommend that it's consumed over four days, but we have an override button so you can do it all in one day.”

Charlotte McCurdy, a practitioner and adjunct professor of Industrial Design at the Rhode Island School of Design, was brought in to design the objects used on film, as well as those sent home to audiences.

“Part of the core concept that attracted them was this idea of, ‘What does it mean to break into the home, into the living room and have it be visceral?’” McCurdy said via Zoom. “For me, that involved asking, “How do we design physical elements that can go into people's homes and an interaction––like a little piece of homework––that extends the themes and questions of each episode, that is driven by that material that they're receiving at home. So that what you're seeing in the film is you're connected. You're literally connected to it.”

McCurdy said she consulted with Weiss and Small––the co-creative directors of the work––to connect the gaps between, not only performer and audience, but between reality and queer imagination.

“What we were more interested in, ultimately, was queerness,” McCurdy said. “There are all these indirect ways that [Schubert’s] peers and friends and collaborators are trying to celebrate and love him and speak about him in ways that won't harm him in the historical context in which he would've been working.”

The show follows “The Wanderer,” an enigmatic character ostensibly based on Schubert, Weiss (who plays the role), and queerness itself through a dreamlike quest of self-discovery.

“We ended up with a very strong figure,” McCurdy said. “There's a very strong, consistent aesthetic figure––a human figure, but a conceptual tool––like a prism, because we were thinking a lot about this connection between a queering of the past and present and thinking about gender performance, not just as an inversion, but as a refraction.”

Lara Panah-Izadi, a director of film and opera brought on to helm the show’s film component, described the narrative as “romantic, epic, and beautiful.”

“It’s a journey towards self acceptance,” she told me via Zoom. “The story really is about a repressed man coming to terms with his own desires and sexuality and being free and accepting himself.”

Panah-Izadi said it did not take long for Weiss’s vision and deep admiration of Schubert to rub off on the team, and for the creative process to begin.

“As soon as I heard Jeremy's voice and the music, I was like, ‘Yes, I'll do this right away,’” she said. “The themes are great and the music is so beautiful. When you start with music as the base, you’re using the music to guide the emotion and the story and the visuals. It’s really liberating as an artist, because you really feel like the clarity is in the music.”

Small and Weiss said they wanted to showcase Weiss’s passion for Schubert while exploring the Austrian composer’s possible queerness.

“Schubert is the way that I wish I could express myself to the world,” he said. “It's open and vulnerable and intimate and weird and quirky and honest. And then additionally, there have been some writings I find pretty persuasive that indicate that Schubert was gay.”

“There was one writing in particular where he talks about not being able to partake in a feast,” Weiss said. “He says he wanders into distant lands where he sang songs for many, many years, and when he sang of love, it became pain; and when he sang of pain, it became love. Through that quote, we took inspiration to create this narrative about queerness and self discovery.”‍

The Wandering, which thematically draws from abstract concepts of queerness and futuring, took about ten months to develop, according to Small.

“I believe it's really important, as an activist and someone who is trying to create better realities for humankind, to really make the future that you want to happen exist in the present,” Small said. “That's what this show is doing. We want to create a show that introduces people to this really important historical figure as a queer figure and let his queer past be celebrated. We're futuring it and making it digital and making it fun, contemporary, and relevant.”

This celebration of contemporary queerness included casting Bambi Banks Couleé, a Chicago-based drag queen and member of Maison Couleé, in the filmed portion of the piece.

“We're demonstrating a reality––the possibility for reality that the protagonist goes through––where you see things that make you wonder what makes you queer and wondrous,” Weiss said. “This character goes through a transformation where it's possible to see Bambi Banks Couleé lip-synching Schubert and this reclaiming of a queer past that's normally written as very heteronormative and white. It's sort of like looking at the past of classical music and choosing to queer it.”