TIGER STYLE! Redeems Itself as an Audio Play - Review 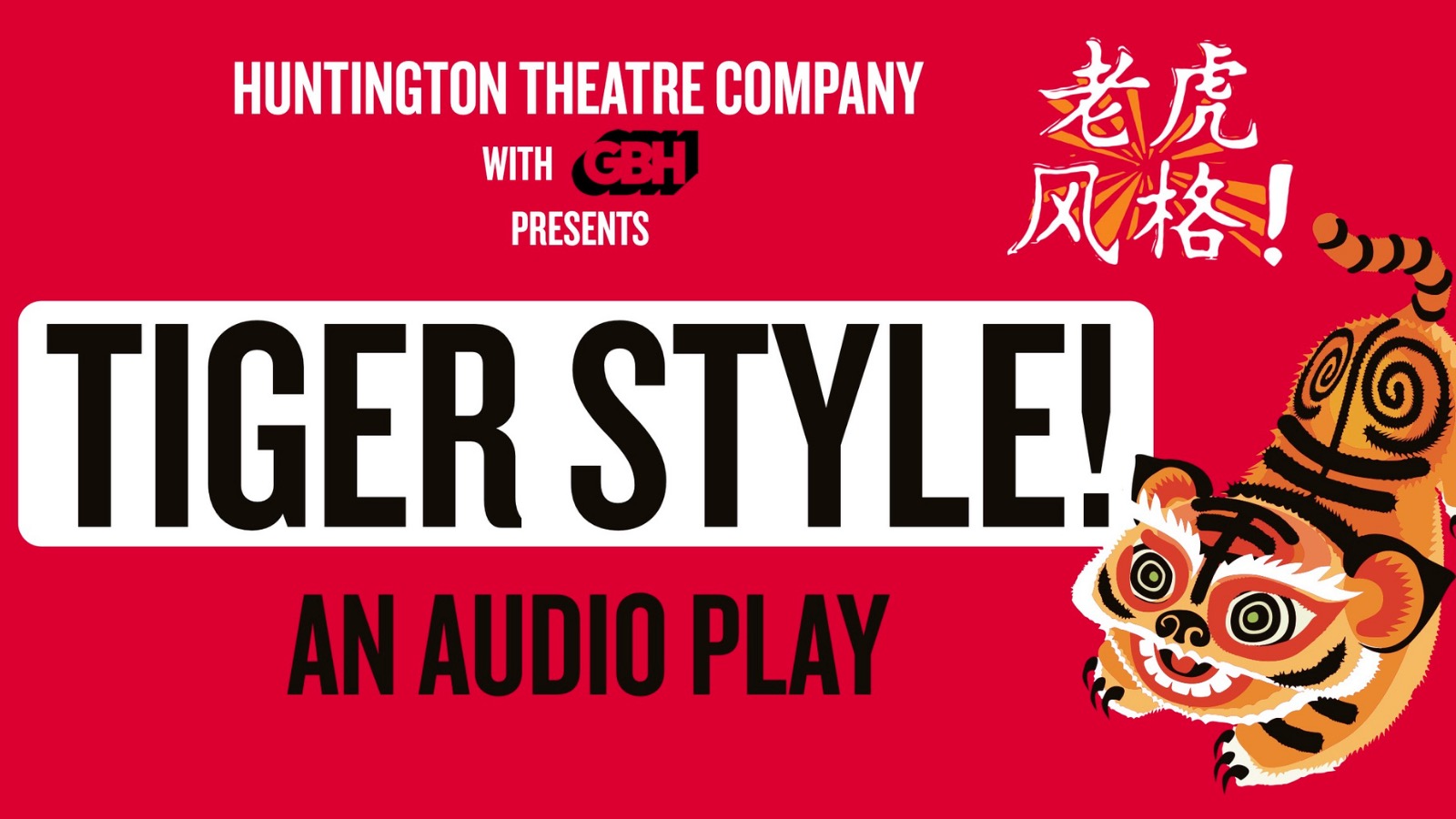 Courtesy of Huntington Theatre Company and GBH
By
Juan A. Ramirez
No items found.
on
Category:
Reviews

Riding the pandemic-era wave of theatre-companies-turned-radio-stations, Boston’s Huntington Theatre Company has released its first audio production: Mike Lew’s Tiger Style!, a play I was not crazy about when it premiered at the Huntington’s Wimberly Theatre in 2016, but which has acquitted itself nicely in its transition to audio. It turns out yelling insights about identity and the immigrant experience to the back row muddles up poignant themes, so this new format frees Lew’s clever satire from its proscenium trappings.

(Sadly) eschewing Wilson Chin’s stunning set, the two-act play has been reworked into four podcast-like episodes. It’s a relatively simple alteration––though one I haven’t seen from other recent audio plays––well-suited to the play’s breezy tone and episodic narrative that faltered onstage, but works wonders for the story of two Chinese-American siblings who embark on a transnational quest for a sense of belonging.

Albert (Jon Norman Schneider) and Jennifer (Rubio Qian) Chen, two overachievers stifled by the racist limitations and expectations of a “colorblind” America, chart an “Asian Freedom Tour” of identity. After confronting their family over their perceived parental crimes, they take Western and Eastern values to the max, finding themselves lost in an ocean of national possibilities, but making shrewd, witty observations about personhood along the way.

The cast, left intact from the premiere production except for the addition of Nate Miller as Albert’s upwards-failing white coworker, shines through their vocal work. Schneider and Qian nail the mischievous rapport of two siblings who believe themselves in casual, but constant, competition, and Emily Kuroda and Francis Jue lend a touching resilience to the Chen children’s parents, as well as a host of older characters.

Lew has added some jokes about COVID-19 (mostly variations on “You hear about this new virus? That couldn’t possibly hurt us, yuk yuk”) that are cringe-inducing, except for one exchange with an immigration officer that leans into the racist finger-pointing Chinese-Americans have suffered this past year.

Moritz von Stuelpnagel directs the ensemble in an energetic way that allows each line to breathe while maintaining a rapid-fire comedic pace. Along with Palmer Hefferan’s well-executed sound design, their behind-the-scenes work makes a remarkable case for this play’s life to continue offstage.