Top Tracks: 5 Songs From BACK TO THE FUTURE - THE MUSICAL 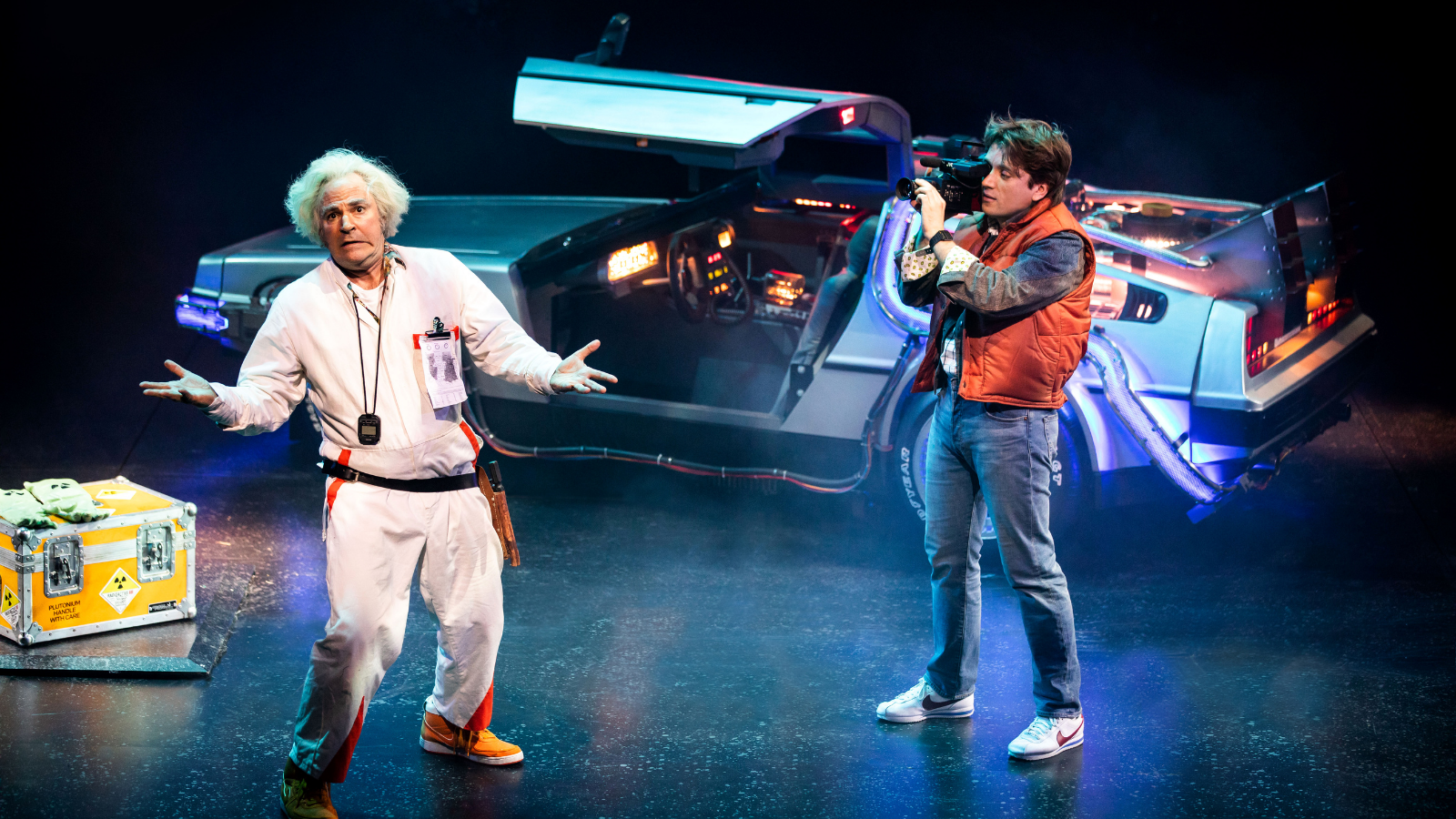 Roger Bart and Olly Dobson in Back to the Future | Photo: Sean Ebsworth Barnes

As a longtime fan of the Back to the Future movie (forget the sequels), I was both suspicious and excited about the musical. Now that the Original Cast Recording is out for all to hear, I can at least confirm that the music retains that groovy rockabilly sound from the movie and adds in a 21st century flair. Below are my top top tracks from the album.

After Marty McFly ends up in 1955, his welcome to a weirdly familiar Hill Valley is an ode to the musicals (and hilariously outdated ideals) of the 1950’s. Townfolks sing lyrics like “These filtered cigarettes arе new (so new) / And evеn doctors say they're good for you” and “For home insulation, Asbestos is best (Is best) / It keeps you cosy and warm (so warm...),” which earn a fun chuckle. Plus, the pitter-patter cadence of the whole song is a toe-tapping good time.

Stepping ever-so-slightly further in time from “Cake” to incorporate the sounds of doo-wop is this lovely ditty sung by Lorraine (Marty’s mom, who doesn’t know that Marty is her son traveling from the future). She thinks she’s falling in love with a boy named Calvin Klein (“it’s written all over your underwear!”) but it’s obviously more complicated than that. With the backup vocal harmonies of a The Supremes-esque trio, what could be a creepy and incentuous lovesong is instead a wink to the joy of meet-cutes.

This number, sung by Marty (Olly Dobson) and Doc (Roger Bart), is a highlight that really drives the plot forward. At first, Marty sings about getting stuck in 1955—he’s got a live to live back in 1985!—and embodies the feeling we all have when stuck in an impossible-to-solve predicament. Then, upon discovering the answer, the tonal shift allows Doc to flip the song on its head, turning it into a soaring number of confidence. They’re going to get Marty home!

“Put Your Mind to It”

While Marty tries to hide from his mother, he realizes he has to turn his dad, George, into the man Lorraine will fall in love with. This buddy duet with nods to ‘70s rock is as cool as Mick Jagger. Lyrics like “When you play, have some fun / Make it look like you have already won” and “Stop apologizing/Be anything you wanna be” are mottos to live by. There’s a number of spoken gags within the song, helping the listener visualize the song on stage even if they haven’t seen the musical.

Pour yourself a glass of whiskey, sit back, and press play on this R&B-jazz hybrid. Marvin Berry (Cedric Neal) is soulful and looking for love—and you can feel it in this number. While this is less of a plot song, it embodies the new sound that was starting to emerge in the mid-20th century. It’s a key theme that runs through the show and an important inclusion. Plus, the steady bass mixed with trumpets and piano make this the perfect addition to any late night playlist.