TOPDOG/UNDERDOG Lands In the Middle — Review 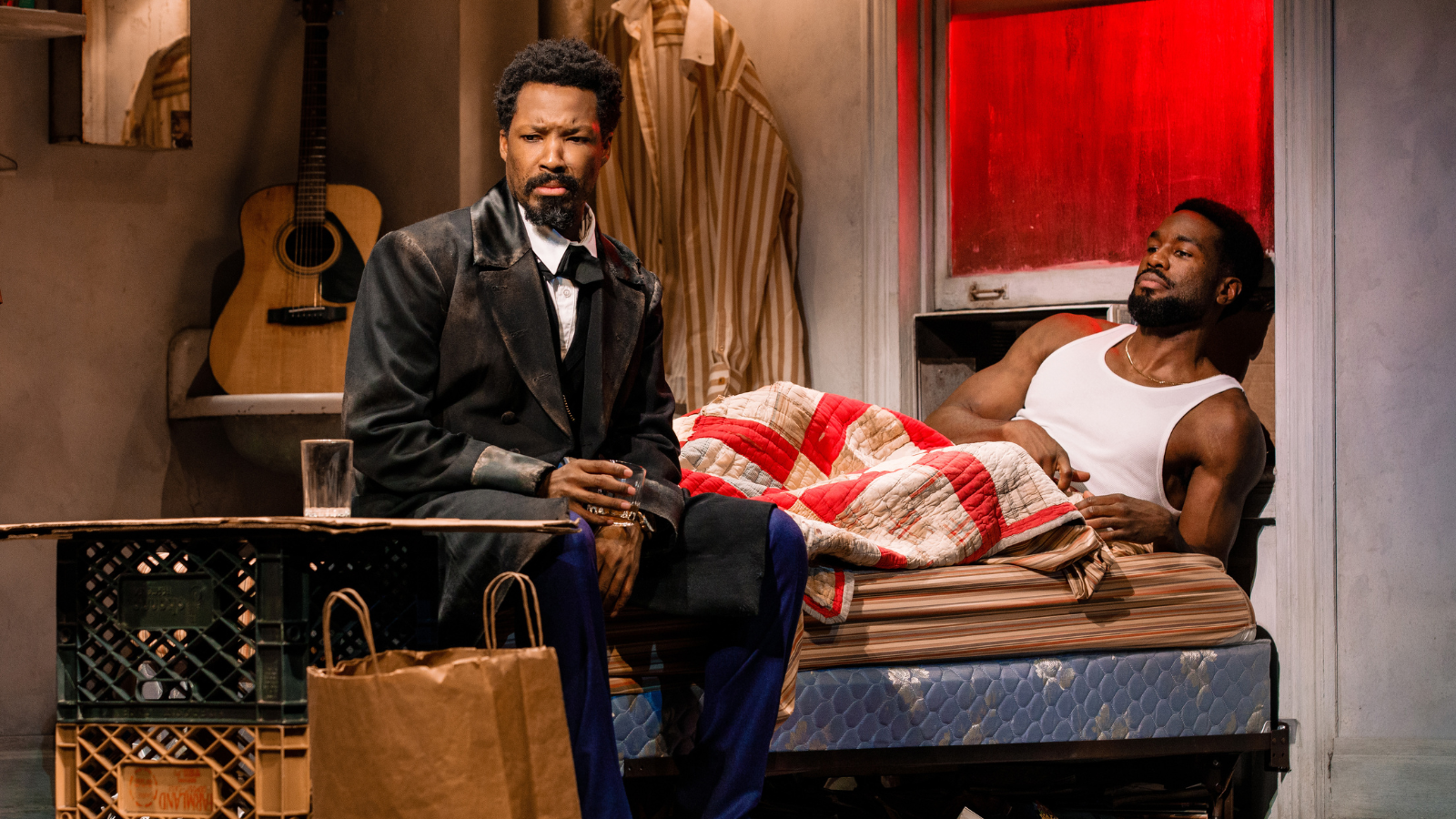 Suzan-Lori Parks’ Topdog/Underdog, which won the Pulitzer back in ‘02—the first given to a Black woman playwright—is a simple work: two characters, two acts, one room. Two brothers, down on their luck, fighting over who’s the better scammer—at life, at love, at family, you name it. The first production of it I saw, at Boston’s Huntington Theatre Company in 2017, left me gobsmacked by its focused potency. It didn't hurt that its story of personal artifice borne out of dreary realities was directed by Billy Porter, with a set by Clint Ramos.

So why didn’t its top-drawer Broadway revival, its 20th anniversary production directed by Kenny Leon, with sets by Arnulfo Maldonado, and starring Corey Hawkins and Yahya Abdul-Mateen II, leave anything close to that earlier one’s impact?

It might be that timeless dictum, delivered unto us by Freckle, that “Sometimes, things that are expensive are worse.” The room the brothers share (a “temporary” arrangement), meant to evoke the rattiness of a big city boarding house, would net at least $1.2k in the current market. The sound design, by Justin Ellington, should make even the hottest clubs in Ibiza green with envy, and is far too loud. And Dede Ayite’s simple costumes seem, well, too good—Abdul-Mateen’s jeans and a t-shirt seem to be fitted straight off a Yeezy runway.

Why does this matter? Because Topdog/Underdog is a play about barely clinging onto the end of society’s rope. There’s too much of a deluxe air to this production that ultimately sinks its ambitions to be anything close to the definitive version of Parks’ writing, which remains stellar. Beyond its technical aspects, these gold-lined choices manifest themselves most clearly, unfortunately, in the (mis)casting of Abdul-Mateen, whose GQ cover star looks and effortless swag simply do not convey the desperate hunger and delusion of his character, Booth, a scrappy street hustler bluffing his way into being an unassailable three-card monte shark…

…like his brother Lincoln, who was that same shark before giving up the streets for the rather depressing (if slightly more reputable) job of dressing up as an Honest Abe for kids to shoot at in an arcade. Hawkins is superb in the role, aging himself with the time and terror of a life gone by before our eyes, as his shakily built comfort begins to unravel.

The two actors have excellent chemistry and are believable in their brotherhood and shared pain. Parks’ writing—the way she builds and releases tension; constructs vivid histories out of thin air; broadens the scope of her story without ever losing sight of the people onstage—is still excellent; that won’t change. But a production of Topdog/Underdog should feel like American mythology, something worthy of the text’s well-earned Lincoln/Booth–Cain/Abel comparisons. The dramatic drapery Maldonado places around the studio apartment suggest something bigger, a grand veil of theatricality covering a national schism. Much of the production, however, only gets at the world’s best-looking arcade exhibit.

‍Topdog/Underdog is in performance through January 15, 2023 at the John Golden Theatre on West 45th Street in New York City. For tickets and more information, visit here.