THOUGHTS OF A COLORED MAN Writ Large and Unoriginal — Review 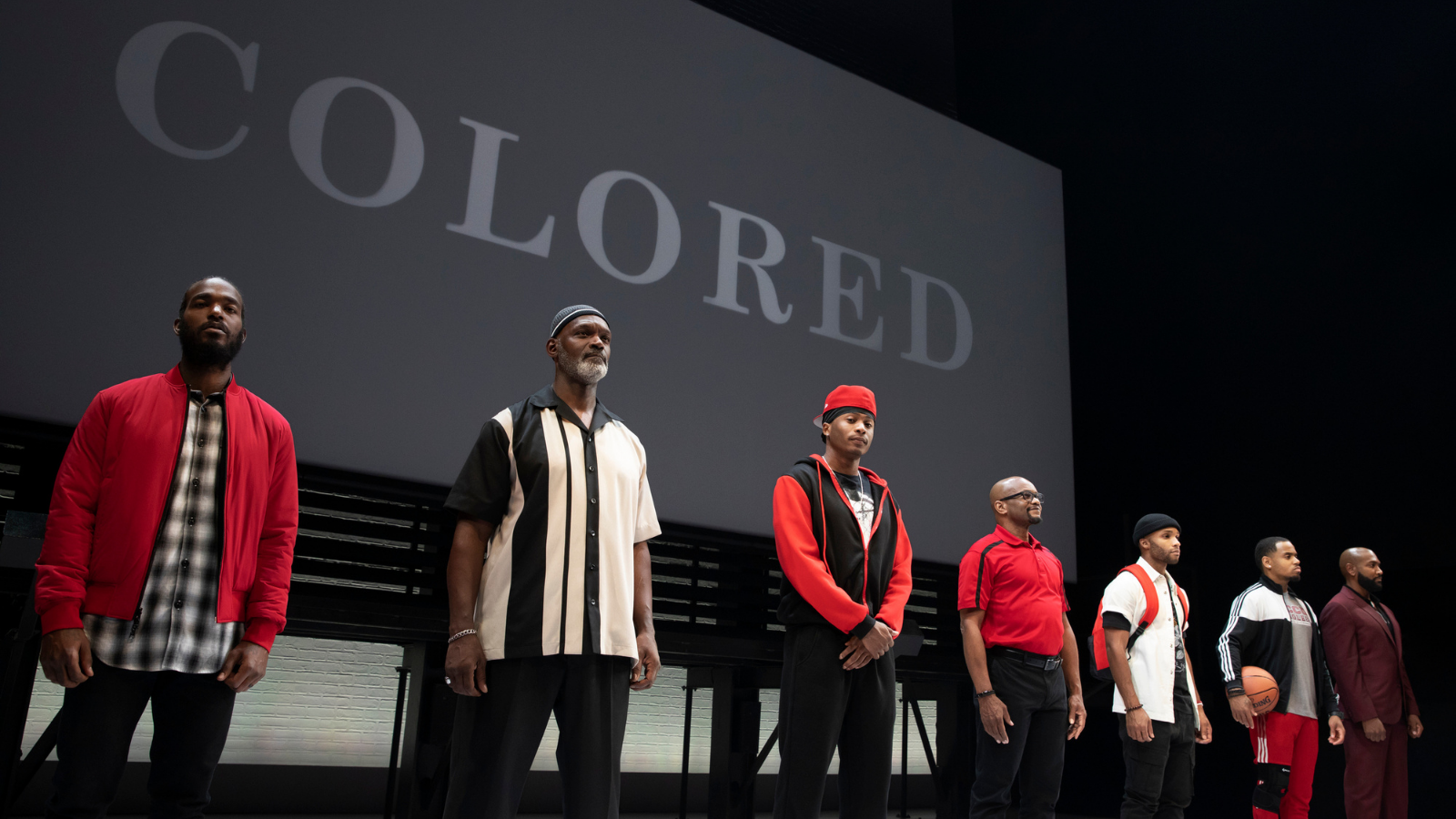 The cast of Thoughts of a Colored Man | Photo: Julieta Cervantes

“Welcome to my mind,” goes playwright Keenan Scott II’s announcement before the start of his play, Thoughts of a Colored Man, which just opened at the John Golden Theatre. It’s a warm invitation that heightens the intimacy already established by the (rather vague) title. By the end, however, I wished it had been more of a winky metaphor than a promise turned literal. The issue being that, like most people’s inner discourse, the thoughts expressed here are unfocused and in dire need of editing before presenting to the public, paying or otherwise.

As it turns out, these particular thoughts of a colored man don’t make as strong an impact as the play of a colored man might have. In an age where loose thoughts of varying insight and freshness are hurled at us from every direction—without mentioning the constant dialectical stream found on Twitter and other social media—structure, precision, and uniqueness are in demand.

Unfocused, these thoughts are more like mental clutter, and none are all too original. 90s-era discussions about whether sneaker culture is a bastion of community or a capitalist ploy, calls for the end of street violence, and platitudes about remembering who you are are bound to feel stale, no matter how passionately and urgently conveyed by the capable ensemble of seven.

As such, it is a play of contradictions. A gay man, referred to in the program as Happiness (ha), finds himself in an unfamiliar situation: someone at the barber shop drops a homophobic slur (which he says to be anticipated), but the owner berates the offender, saying this is an inclusive establishment (behold!). And yet, the play’s only gay character is also the only affluent one. The work skirts the offensively stereotypical by having the other characters rally around him, but the notion of queerness as an effeminate side effect of wealth has no place on a 2021 stage, nor does a bad joke about his dog’s pronouns. And so it goes.

Serviceably directed by Steve H. Broadnax III, the cast is not to blame—even if, as billed, their characters’ names seem like punishment: Love (Dyllón Burnside, made to recite ostensibly profound poetry); Happiness (a sterling Bryan Terrell Clark); Wisdom (a deeply dignified Esau Pritchett); Lust (a seductive and smooth-talking Da’Vinchi); Passion (Luke James, who gets to sing); Depression (a funny Forrest McClendon); and Anger (Tristan Mack Wilds, who brings real pathos to his basketball coach).

Da’Vinchi and Wilds’ characters come closest to being written as actual humans, as opposed to the cyphers everyone else (and even them, at some points) are made to be. Scott’s writing, though containing some lovely moments of Black male friendship and tenderness, is scattershot, overlong, and often deeply corny.

Robert Brill, the set designer who brought us the elegantly simple Kit Kat Club of the latest Cabaret revival, here places the ensemble in front of a large, highway-style billboard where the word ‘COLORED’ is displayed throughout. It’s a strange choice, given that the play takes place in a New York City not exactly known for them, and one made stranger by Sven Ortel’s sporadically expressionistic projections.

The play’s title, loose structure, and code-named characters bring to mind For Colored Girls, Ntozake Shange’s landmark 1975 choreopoem that similarly explores the trials and tribulations of American people of color. That brilliant exercise in communal triumph and warmth in the face of unceasing adversity, however, hits the raw nerve of confession—of words feared to be uttered, but necessary for survival and understanding. Scott’s play is not without its moments, but is otherwise a rote recitation with little at stake.

Thoughts of a Colored Man is now in performance at the John Golden Theatre on West 45th Street in New York City. For tickets and more information, visit here.