Unmissable AIN’T NO MO’ Unlike Anything Else on Broadway — REVIEW 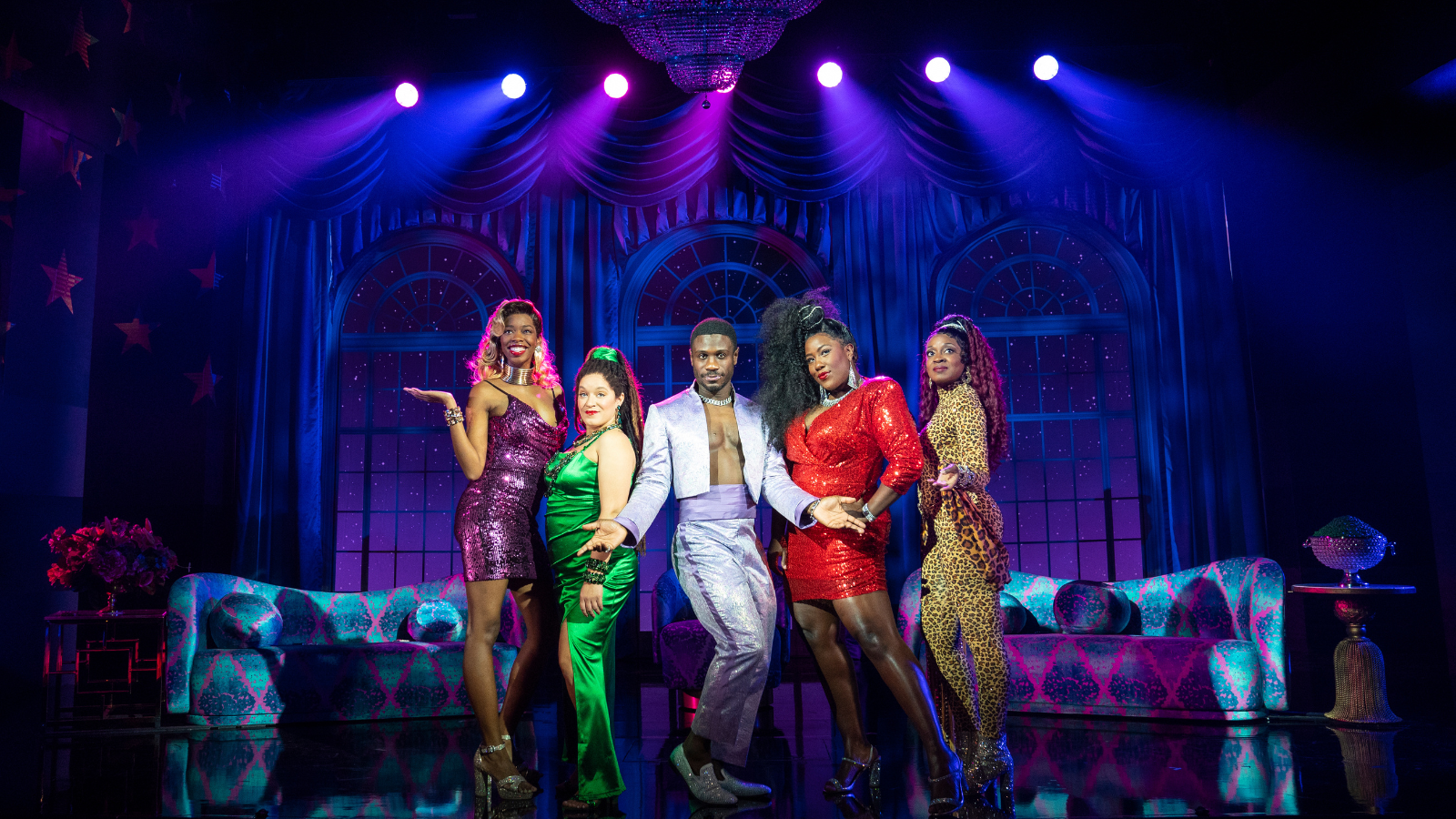 The company of Ain't No Mo' | Photo: Joan Marcus

Ain’t No Mo’ kicks off by jettisoning the Broadway rule book. “If you feel like laughing, you better cackle,” declares Peaches, one of playwright/performer Jordan E. Cooper’s many guises over the evening, over the God mic in her live welcome. “Talk to us if you want. This is your church.”

It’s an immediate relief. Playwrights looking to upend the theater etiquette status-quo have faced some tiresome gatekeeping. Dominique Morisseau talked Lincoln Center into a Playbill insert establishing her “Rules of Engagement” for her play Pipeline (“This can be church for some of us, and testifying is allowed”); while affinity nights, which ideally create a space free of the judgmental white gaze, have grown more common

Yet Cooper’s intro is refreshing in its straightforwardness: respond any way you like, rules be damned; and white people, you are welcome, but none of this is for you. And while Ain’t No Mo is definitely a comedy, Cooper doesn’t just aim to open up the space to joy. He means to bring every emotion into the room, as the play’s barnstorming opening scene quickly makes clear. Fear, rage, hope, grief, delight–we’re here to feel them all, deeply, and sometimes, in Stevie Walker-Webb’s excitable production, in dizzyingly quick succession.

We open at church. Pastor Freeman (Marchánt Davis) is leading a funeral service for Brother Righttocomplain. Brother Righttocomplain has been murdered by the election of President Barack Obama, an event which, Freeman declares with a smile, “marks the death of our suffering as people in this wretched land.” We know where this is going, but a masterful Davis keeps the journey unpredictable as Freeman’s sermon leaps frantically between the inane and the profound. When the inevitable turn does hit, and news clips of all the cruel, familiar horrors that followed Obama’s victory kick in, Davis’ face freezes into stunned and heartrending shock.

By way of table setting, Cooper allows himself that one pointed political moment. But once the point has been made, he never leads the audience by the hand again. The seven scenes that follow (sort of sketches, sort of vignettes, sort of neither) imagine a varied array of Black Americans’ divergent responses to a stunning offer from the U.S. government: Every descendent of slaves is offered a free, one-way flight to Africa, where they can start a new life free from American oppression.

How does an upper-class Black family intent on class advancement react to the offer? Or rich reality TV stars accustomed to faking an exaggerated lifestyle for white consumption? Or inmates locked up for years, and now abruptly offered a new path by a country that may already have left them too broken beyond repair?

At times, these trenchant, gut-bustingly funny sequences are only loosely related to the question of that plane ticket. Cooper is painting a big canvas here, and you just have to go with it. He’s at his strongest with that wealthy family, who are reluctant to give up the semblance of white acceptance they’ve built up. Crystal Lucas-Perry is astounding in this section as Black, a representation of all the family have repressed, who breaks free from the basement and wreaks spectacular havoc. Lucas-Perry nails every one of her many roles throughout the evening, but the exhilarating feat of her work in this scene alone should guarantee a Tony nomination.

“Real Baby Mama’s of the South Side” is the only section which falters, and also the only one that feels like it was written three years ago (Ain’t No Mo premiered off-Broadway at The Public Theater in 2019). Lucas-Perry, Fedna Jacquet, and Ebony Marhsall-Oliver are note-perfect as the fake show’s stars, and seeing them drop their their exaggerated “bitchy” personas the moment Oskar Eustis (in voiceover) calls “Cut” is hilarious every time. But the scene mostly takes aim at a Rachel Dolezal-esque figure named Rachonda (Shannon Matesky)–a worthy target for sure, but a comparatively easy one.

Much stronger is “Untitled Prison Play,” a warm, ultimately devastating look at three incarcerated women processing the news of both the flight, and their newfound freedom. Lucas-Perry excels again here as an inmate struggling to accept any offer from a system that has stolen away so much of her being. As the kindly guard guiding her towards acceptance, Marshall-Oliver does equally moving work.

And then, of course, there is Peaches. Cooper himself takes on this brilliant creation, a fabulous drag queen tasked with staffing the flight agent’s desk for the last plane to Africa. In extended, hysterical monologues played against nothing (the passengers are Peaches’ foils, but none actually appear), Cooper effortlessly keeps the audience in the palm of his hand. Yet there’s also a strange sadness to Peaches, some unspoken hesitancy about her task. Cooper threads that ambivalence through the text with care, then pays it off handsomely with a shocking, unsettling finale.

It feels almost rote to declare Ain’t No Mo’, a play so uproariously, daringly, and satisfyingly true to itself, as groundbreaking. It can start to even sound like a canned line, or an echo of a marketing pitch. But it’s simply true: this is both a powerful and remarkable play, and it is also like nothing ever seen on Broadway. Ain’t No Mo’ cannot be missed.

Ain’t No’ Mo’ is now in performances at the Belasco Theatre on West 44th Street in New York City. For tickets and more information, click here.