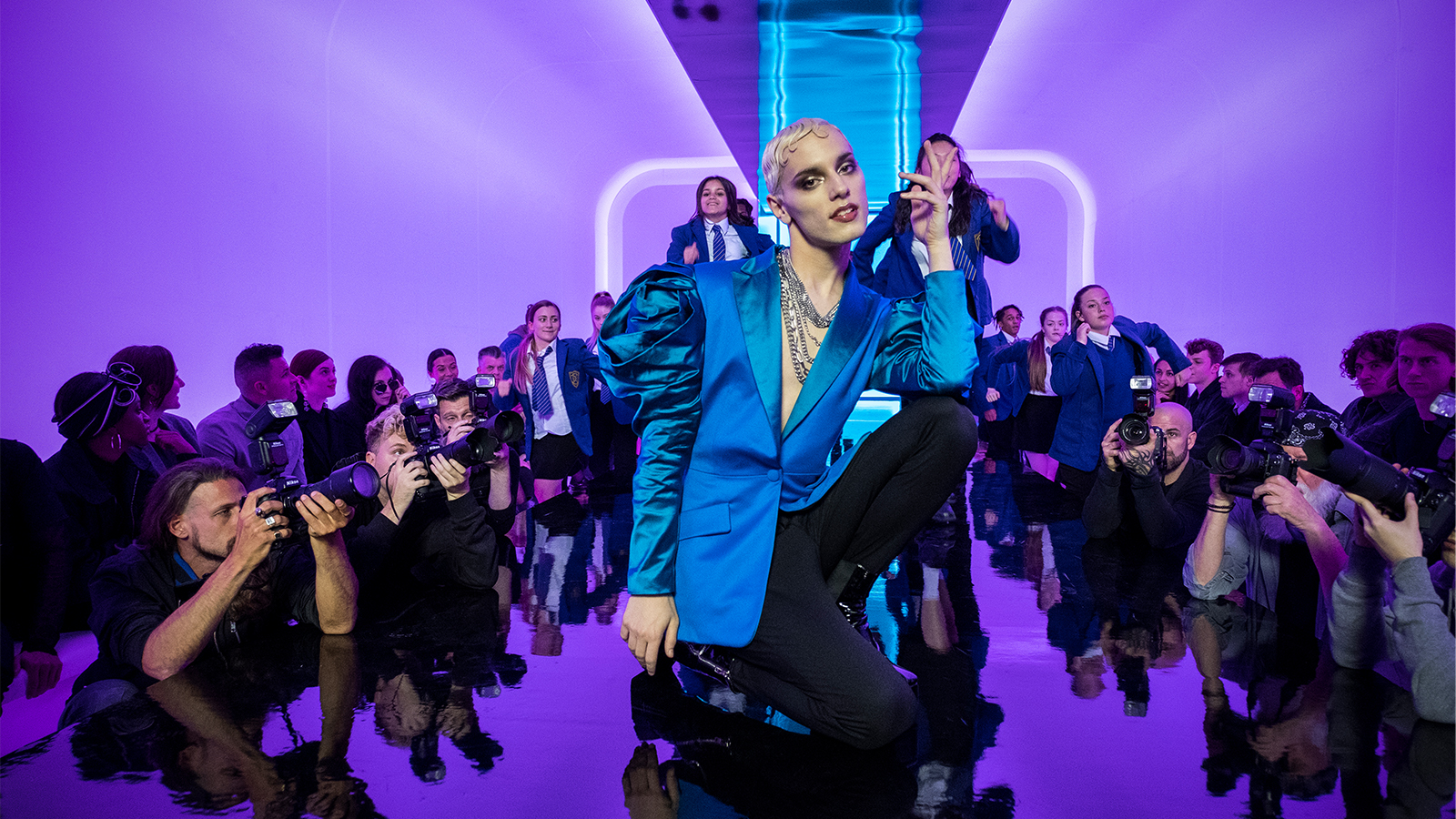 Inspired by true events, Everybody's Talking About Jamie follows Jamie New (Harwood), a teenager from Sheffield, who dreams of life on stage. While his classmates plan their livelihoods after they leave school, Jamie contemplates revealing his secret career ambition to become a fierce and proud drag queen. His best friend Pritti (Patel) and his loving mum (Lancashire) shower him with endless support, while local drag legend Miss Loco Chanelle (Grant) mentors him toward his debut stage performance. But Jamie also has to contend with an unsupportive father (Ineson), an uninspired careers advisor (Horgan), and some ignorant school kids who attempt to rain on his sensational parade. In rousing and colourful musical numbers, Jamie and his community inspire one another to overcome prejudice, be more accepting, and to step out of the darkness into the spotlight.

“Everybody’s Talking About Jamie has quickly become one of the most beloved musicals of recent years,” said Jennifer Salke, Head of Amazon Studios. “Jamie’s story is one that resonates across all generations – it’s about unconditional love and we know our global audiences will fall in love with Jamie as he overcomes adversity to truly find his authentic self. We are so thrilled to share this joyful and inspirational story with the world.”

Director Jonathan Butterell added, “I am thrilled that our film - the story of taking your place in the world with joy, pride and acceptance - will be winging its way across the world with the Amazon Family. Let’s come together to celebrate the glorious and fabulous uniqueness of each and every one of us.”

The film features hit songs including ‘And You Don’t Even Know It’, ‘The Wall In My Head’ and ‘Everybody’s Talking About Jamie’ as well as an exclusive new song ‘This Was Me’, performed by Holly Johnson, lead singer of Frankie Goes to Hollywood.

The original musical Everybody’s Talking About Jamie has quickly become one the most beloved musicals of recent years. Premiering at the Crucible Theatre in Sheffield, before transferring to London’s Apollo Theatre, the production was an overnight success amongst audiences and critics, receiving rave reviews and garnering five Olivier Award nominations. The show was also honoured at the UK Theatre Awards with Best Musical Production, with its star John McCrea named Best Musical Performer. The stage show will joyfully reopen its doors this evening at the Apollo Theatre – the first musical in the West End to do so, before the UK tour recommences in Manchester in September 2021 visiting 24 UK cities, Tokyo in 2021, Los Angeles in January 2022 and Australia later in 2022.