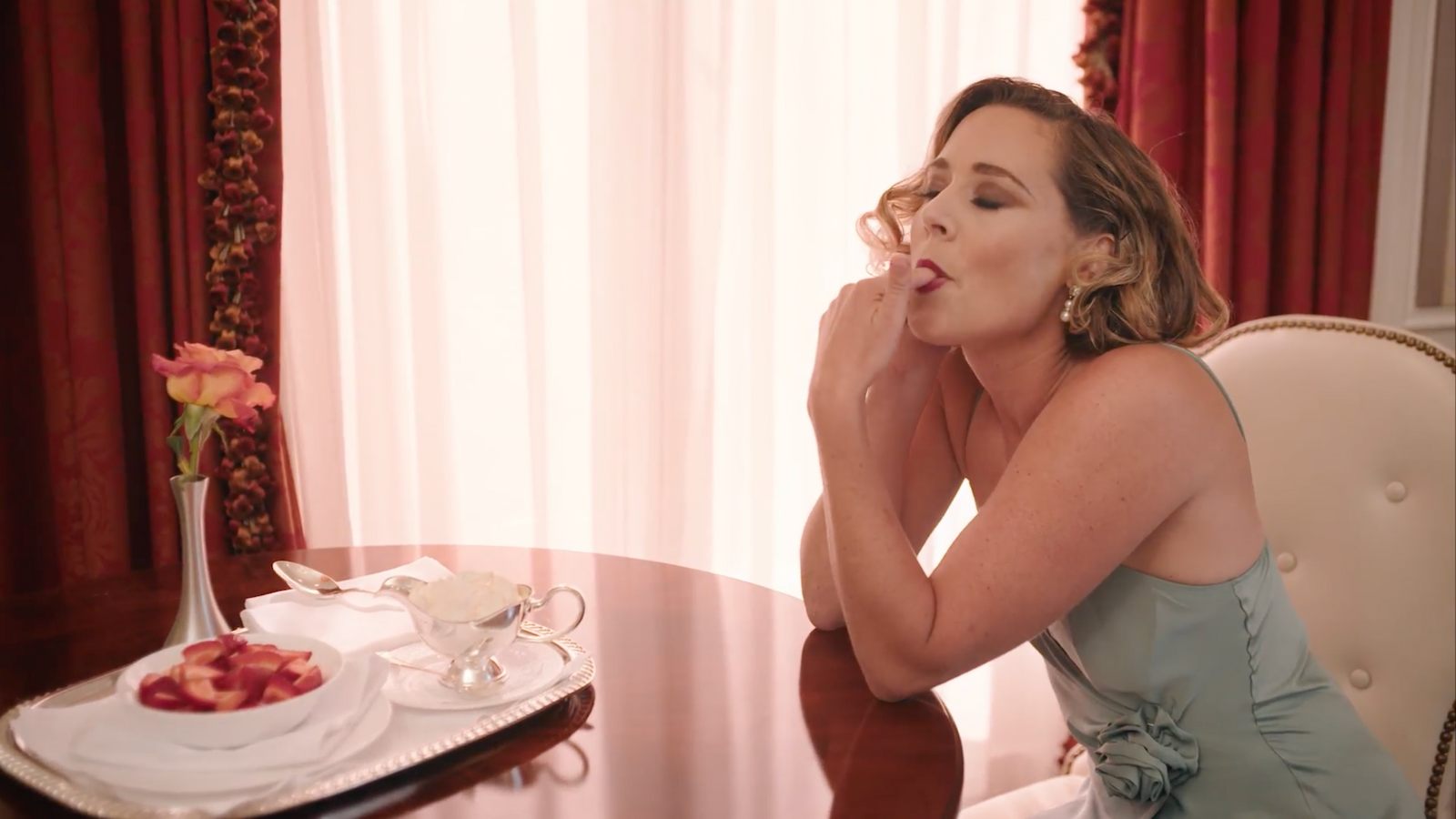 It’s time to check-in. Watch Broadway star Erika Henningsen singing “At the Plaza” from the new musical The Violet Hour. Based on Richard Greenberg’s play, the show features music by Will Reynolds, and a book and lyrics by Eric Price. The song explores what it’s like to escape your troubles and spend a night or two at one of New York City’s most famous hotels.

A studio cast recording of The Violet Hour will be released November 4 on all music platforms. Alongside Henningsen, it features Tony winner Santino Fontana, Almost Famous star Solea Pfeiffer, and Tony nominees Jeremy Jordan and Brandon Uranowitz, all backed by a symphony of Broadway musicians orchestrated by Tony and Grammy–winner Charlie Rosen.

The story of The Violet Hour is set on April 1, 1919, when John Pace Seavering, a young publisher, comes to possess a machine that inexplicably begins printing pages from books. Books from the future. Page by page, John pieces together a vision of what the next century has in store for himself, his friends, and the world at large. And once he decides he wants to change the future, the clock is ticking.

For more information about the show, and to get early access to the album, visit TheVioletHourMusical.com.

Henningsen originated the role of Cady Heron in the Broadway musical adaptation of Mean Girls in 2018. Her other credits include Les Misérables and Girls5Eva. She’ll next be seen in the world premiere of Joy the Musical at George Street Playhouse. Performances begin December 7 ahead of a December 16 opening at the New Brunswick, New Jersey, venue. The musical follows the real-life story of Joy Mangano, who founded a business dynasty focused on making home life easier with products like the Miracle Mop and Huggable Hangers.