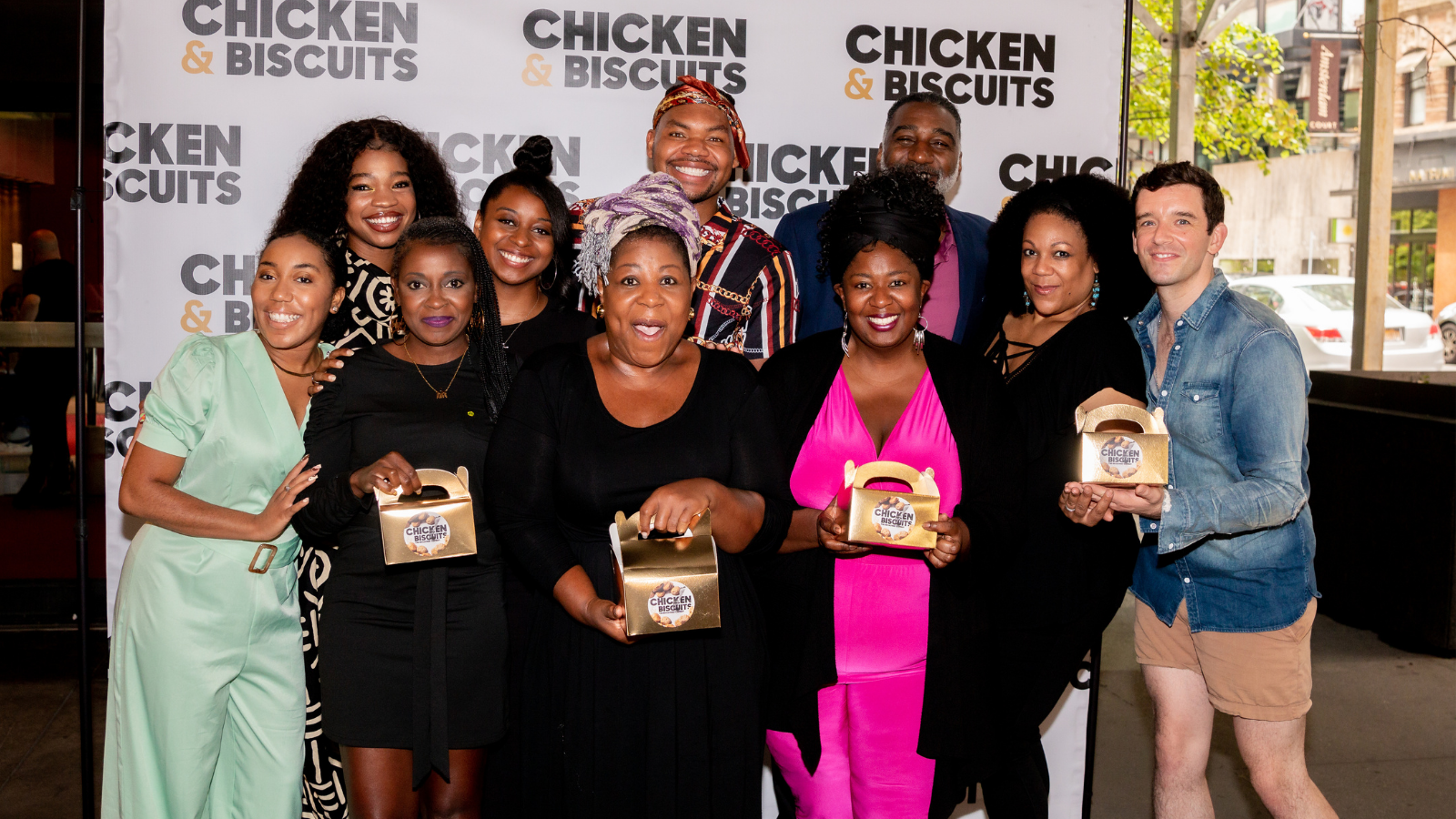 The cast of Chicken & Biscuits on Broadway | Photo: Kayleen Bertrand/Theatrely

We guarantee you this is going to be the most fun you will ever have at a funeral! Written by Douglas Lyons and directed by Zhailon Levingston who is set to become the youngest Black director in Broadway history at the age of 27, Chicken & Biscuits begins previews tonight at the Circle in the Square Theatre. An official opening night is set for October 10, 2021.

Meet members of the cast and team, and see why Chicken & Biscuits is a must see show this fall!