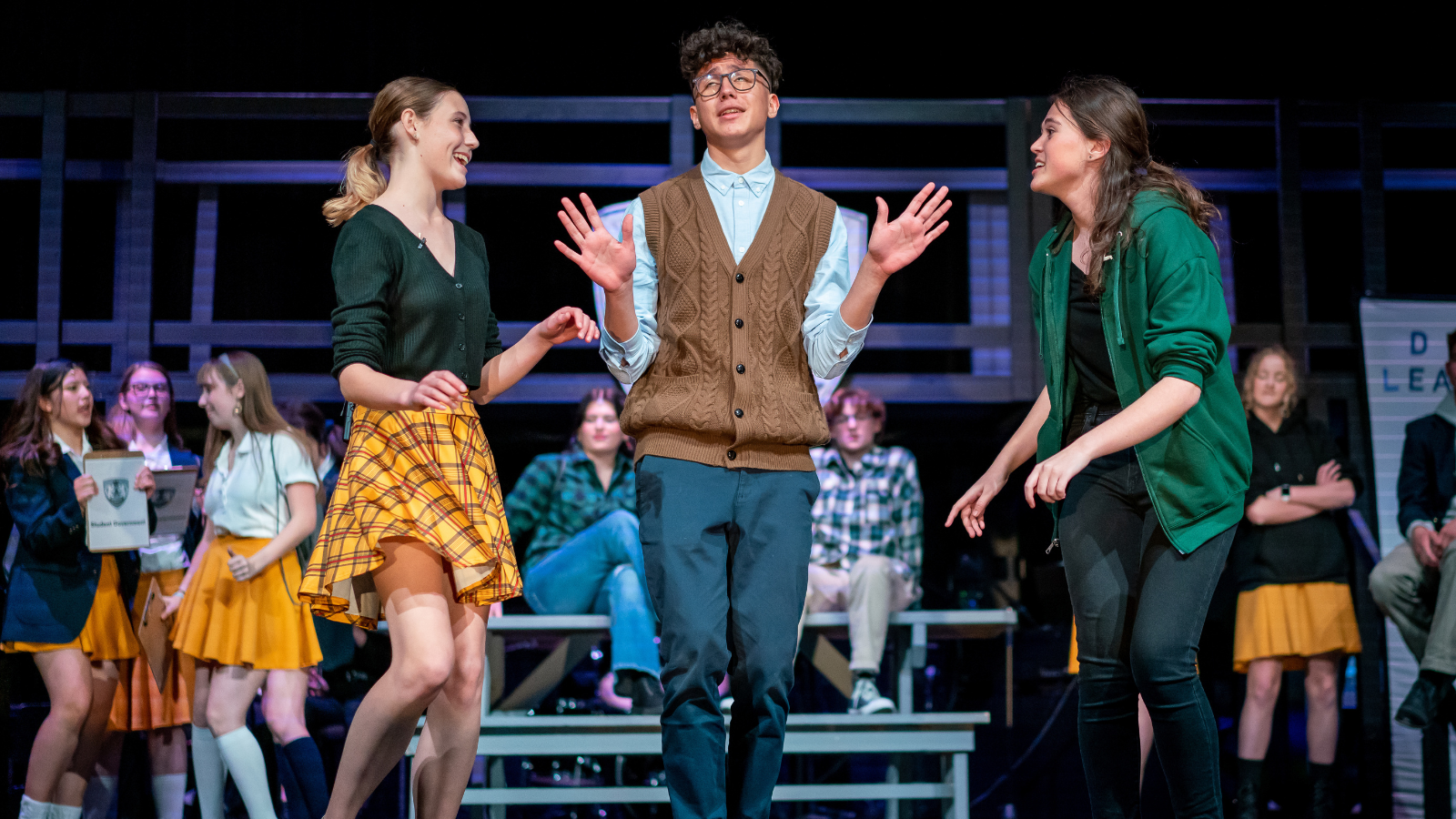 High school has forever and always been a trying time for students. The challenges of growing up, getting good grades, maintaining a social circle, and balancing extracurriculars are enough to send the sturdiest over the edge.

That’s something drama teachers and musical creators Kyle Holmes and David Taylor Gomes knew all too well when they decided to make a musical called Ranked. Based on conversations with their students, they began writing a show that captured the fears and anxieties of their students around the increasingly pressurized college admissions process. Holmes wrote the book and Gomes composed the score.

The show quickly developed popularity and seemed poised to become a hallmark production for high school theatres across the country—until the pandemic happened. Now, HBO Films is releasing a documentary, My So-Called High School Rank, about the musical’s journey from inception to stage to Zoom and beyond. The film features Holmes and Gomes, as well as students, parents, and staff of Granite Bay High School and Cupertino High School in California, Fordham High School for the Arts in New York City, and Ripley High School in West Virginia.

Produced and directed by Ricki Stern and Annie Sundberg, My So-Called High School Rank chronicles the popularity of a high school musical, called Ranked, created by Kyle Holmes and David Taylor Gomes. Check out the trailer below. The documentary will premiere November 29 on HBO Max.

‍Ranked was in the works shortly before Rick Singer and the Varsity Blues scandal made headlines in 2019. As news emerged of a musical addressing these critical issues, other schools reached out to stage their productions. In 2020, however, the global pandemic and political turmoil in the wake of George Floyd’s murder, upended plans for everyone.

Shot over two years in diverse public schools across the U.S., My So-Called High School Rank explores the resilience and similarities that Gen-Z face. Since debuting in April of 2018, Ranked has been produced and further developed by the University of California–Davis, and has been licensed by over seventy-five schools across the United States, Canada, England, and China without ever having a commercial production.