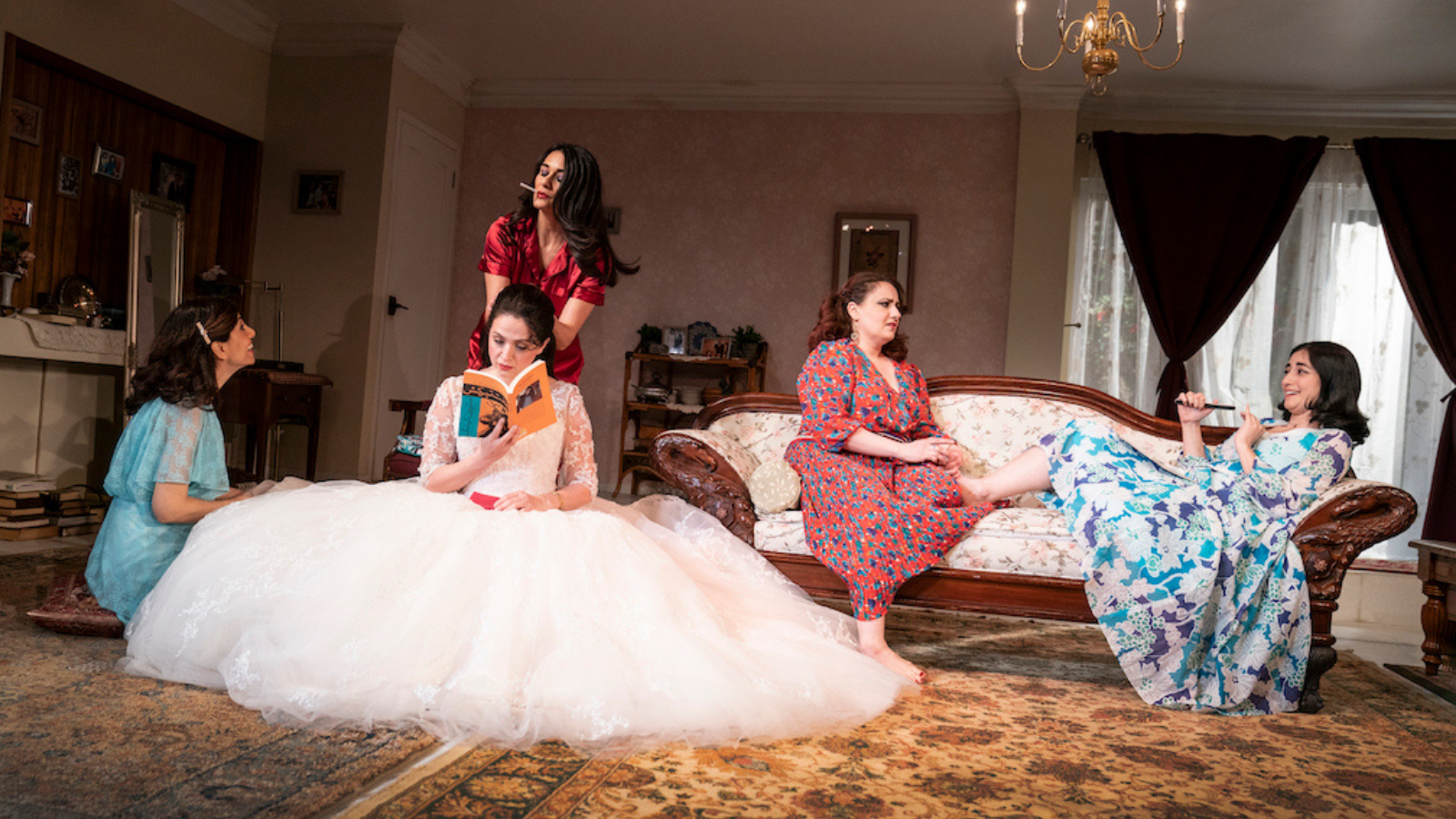 The cast of Wish You Were Here | Photo: Joan Marcus

By
Alexi Chacon
No items found.
on
Category:
Features

Sanaz Toossi’s Wish You Were Here, which recently opened at Playwrights Horizons, honors my father’s immigrant story by rejecting the assumption that an immigrant’s first impulse is to leave home. Instead, through conversations between five Iranian women in 1978 as the Iran-Iraq War looms, Toossi lays out the painful calculations that immigrants must make when determining whether being “home” requires staying in their home country or finding it somewhere else.

Growing up, I took my dad’s decision to emigrate from Guatemala to the U.S. as a given because it meant keeping our nuclear family intact. By leaving his birth nation, I understood his definition of “home” to now mean living with my sister, my mom, and I. His homecoming, 23 years later, complicated my understanding of his immigrant story. I no longer felt confident that his decision to emigrate was made with conviction, and I felt complicit in keeping him from Guatemala, questioning whether his time in the U.S. ever felt like home.

In the play, as Iran’s government fluctuates from its rule under the Pahlavi dynasty to an Islamic Republic, so do the interpersonal dynamics of five women making sense of their place in Iran’s new social order. They all face a central question: has Iran changed so much that it no longer feels like home? One by one, each woman decides for themselves where “home” is, their choices challenging the friendships they have with each other.

This immigrant story is not centered on the American Dream, casting it off as a last resort. The dialogue between friends teases out exactly what is being given up and what is being hoped for when each of the women in this group decides whether or not to emigrate from Iran. The group is made up of Rana (Nazanin Nour), Salme (Roxanna Hope Radja), Zari (Nikki Massoud), Shideh (Artemis Pebdani) and Zari (Nikki Masoud). Zari understands that leaving Iran means “speaking a language that’s not my own without anyone who knows what makes me laugh.” However, she eventually emigrates because she is tired of “waiting everything out. Waiting for the dust to settle.” Rana is straightforward in saying that she will never return to Iran in order to ensure that her daughter has “a quiet, extraordinary existence.” I think once my father was able to see that he had achieved that for me, he no longer felt tied to the U.S. as a place to call home.

Toossi does not frame the decision to leave or stay as right or wrong and in doing so creates an extremely honest rendition of the immigrant experience. That helped me understand that my father’s decision to return to Guatemala did not mean that his decision to emigrate in the first place was the wrong decision. Just as the women’s priorities changed throughout the play, so did my father’s as they all grappled with what they needed to feel at home.

The play ends with Zari and Rana talking on the phone after 13 years away from each other. Both have children and are raising them in the respective countries they have actively decided to call home. Zari furtively asks Rana if she ever plans on coming back to which she adamantly responds no, “she [Rana’s daughter] won’t even know the word revolution.” For Rana, raising her child as an American, to the point of historical erasure, is a priority. The words stung me because my father was wholly dedicated to instilling in me a revolutionary attitude that he sees as uniquely Guatemalan.

Growing up in a country that was ruled by a banana republic propped up by an imperialist global superpower made him skeptical of government and led him to insist that I hold my elected officials accountable―to make the government work for my community. He taught me to interrogate leadership; so for me, it would be a loss if he, like Rana, decided that the revolutionary history of his homeland would not inform my worldview.

In a xenophobic United States, Wish You Were Here demands empathy for the immigrant experience and the complicated decisions inherent to that identity. It helped me untangle the assumptions I made to make sense of my father’s homecoming and will help you untangle the assumptions you may have of the immigrant experience more generally. Wish You Were Here is currently scheduled to run through May 29 at Playwright Horizons’ Jay Sharp Theater.

Alexi is a theatre and culture critic based in Philadelphia. He’s the Managing Editor at Token Theatre Friends where you’ll see him talk on and on about the importance of theatre as a means of leveraging social change.