WISH YOU WERE HERE, A Masterful Work — Review 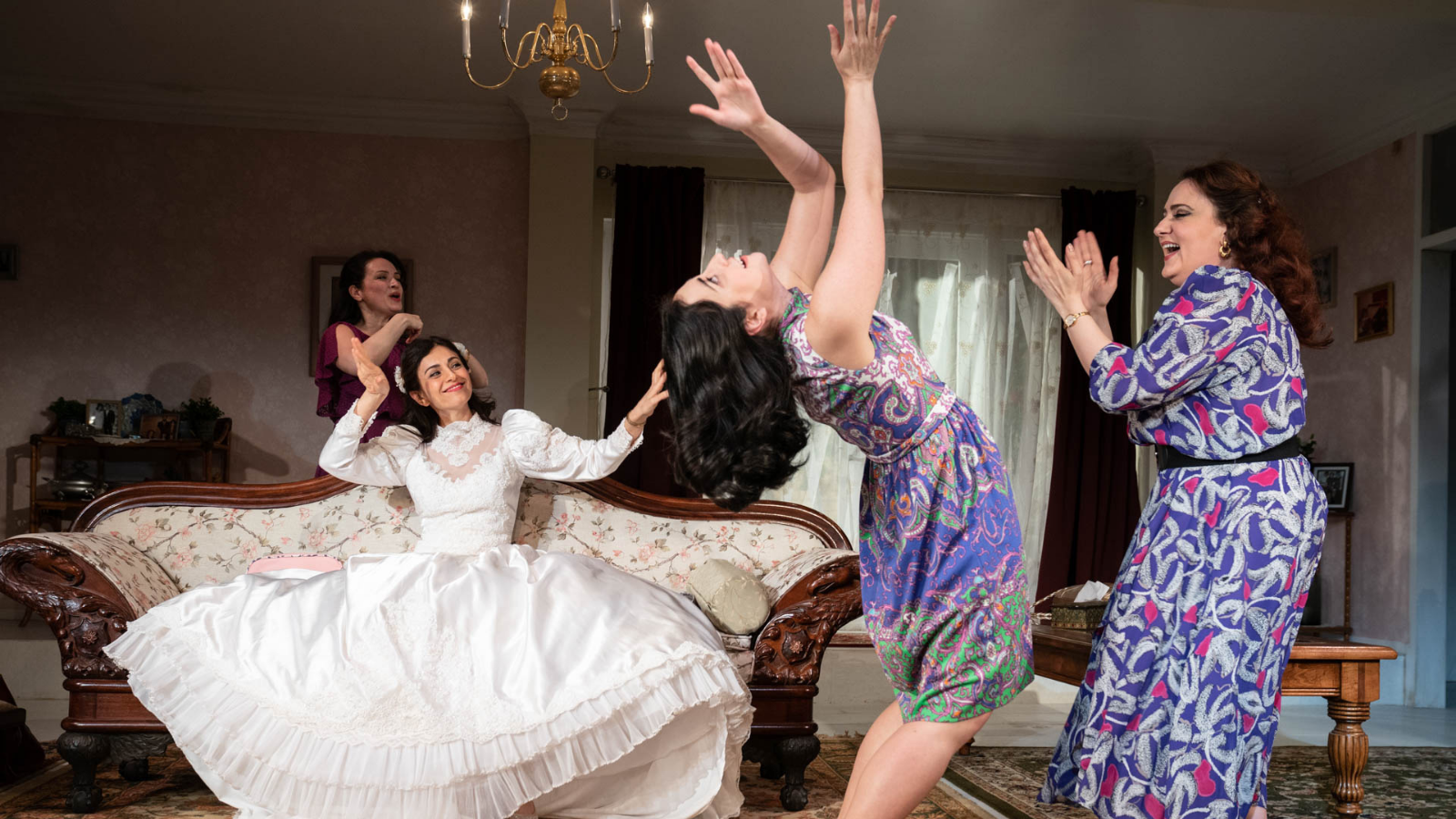 The company of Wish You Were Here | Photo: Joan Marcus

Sanaz Toossi’s Wish You Were Here came onto my radar a bit over a year ago, when I reviewed its world premiere via an audio production the Williamstown Theatre Festival released through Audible. The work remains the same, as do much of my opinions about it, and yet re-reading the first few lines of my review today, hours after information has been leaked revealing that the Supreme Court plans to repeal Roe v. Wade, hits like a punch in the gut:

“Isn’t it strange to have lived through a war and still be mortified by your own period?”‍

Femininity and the fallouts of war are given an appealingly informal treatment in Wish You Were Here [...] Charting the course of a tight-knit friend group as the Iranian Revolution shakes up its members’ lives one intimate conversation at a time, it feels like a night in with the girls while the world outside crumbles and changes.

More has changed: Another one of Toossi’s plays, the beyond-excellent English, premiered earlier this year at the Atlantic Theatre Company, immediately establishing her as a sophisticated chronicler of the complex emigrant narratives often drowned out by our obsession with immigrant tragedies.

As with that masterwork, Wish You Were Here offers a series of glimpses into the life of a group of Iranians joined for a specific purpose. In English, it was an adult study group for the visa-granting TOEFL exam; here, the bonds are almost as thick as blood, with the play following a band of six Karaj women as they marry off, leave home, worry about work and study, and find solace in each other during the turbulent period between 1978 and 1991. As I previously wrote:

With bombs going off outside, the looming threat of inevitable emigration faces off against the hold-on-for-your-life tenacity of the ones who stay, the idea of home as belonging to the gig economy lands a hard punch. Though Toossi’s dialogue––always fresh, constantly funny––sometimes wanders too far into the mundane, her skill at finding the bottom line of each character’s nature keeps you leaning in, blushing and rolling your eyes at conversations you know too well, but acknowledging that the most casual dialogues often hide a reality that getting to be casual, especially for women, can be a rare privilege.

The play is still tenderly directed by Gaye Taylor Upchurch, with a lovely cast comprising Nikki Massoud, Nazanin Nour, Artemis Pebdani, and Roxanna Hope Radja, led by rising star Marjan Neshat, who also featured in Atlantic’s English production. Though, to say led undermines the delicate humanity of Toossi’s project—she does not reduce the other characters to “supporting players,” hanging around for a protagonist’s benefit. In both plays, Neshat is merely the one who stays the longest, be it in the classroom or in the hometown. Luckily for us, the actor’s gorgeously enigmatic face is a treasure trove of stoicism and emotion—perfect for Toossi’s tragicomic eye for the highs and lows of everyday life.

Is Wish You Were Here a profoundly moving work on the caliber of this season’s English? No, though it doesn’t have to be (and that is a seriously high bar to clear). What it does is showcase the playwright’s generic range and solidifies her acute skill at writing engaging, thoroughly real characters. One thing is clear: How lucky we are to live in a time when Sanaz Toossi is actively writing.

Wish You Were Here is in performance through May 29, 2022 at Playwrights Horizons on West 42nd Street in New York City. For tickets and more information, visit here.