ZOLA Opens With A Gaggle of Stars From The Stage 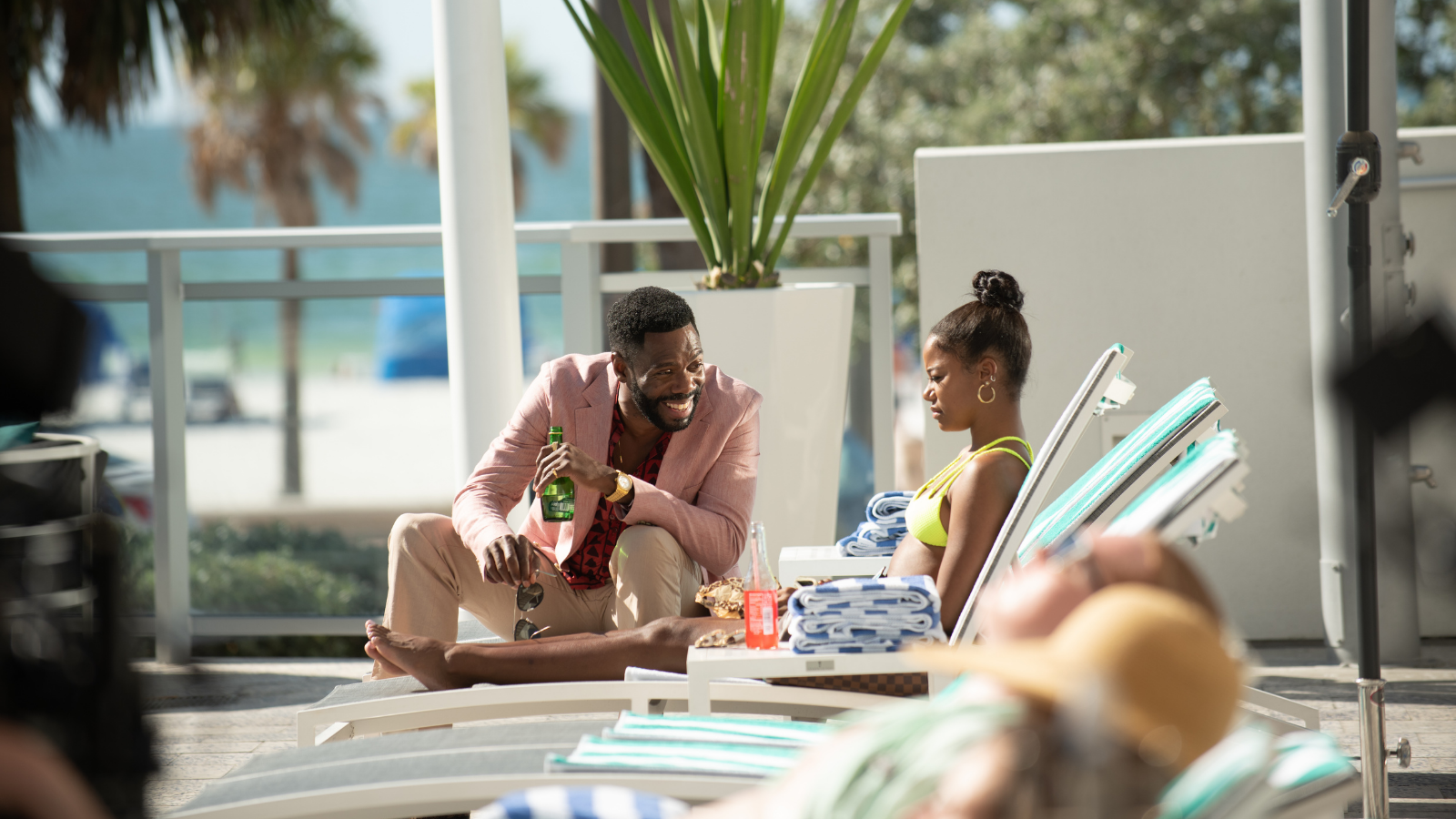 “Y’all wanna hear a story about why me & this bitch here fell out? It’s kind of long but full of suspense.”

The tweet heard around the world on October 27, 2015, was the start of an absolutely wild, stranger than fiction epic of one dancer (A’Ziah-Monae King, aka ZOLA) that has now been turned into a major motion picture thanks to A24 from writer-director Janicza Bravo and playwright Jeremy O. Harris.

#TheStory follows Zola, a waitress from Detroit who befriends “this white bitch” named Jessica (Stefani in the film) and gets persuaded to join her for a weekend of partying down on Florida’s Gold Coast — after all, Tampa is the stripper capital of the world. From the moment she steps into that black SUV, the tale quickly transforms into an unhinged expedition filled with gangsters, pimps, and plenty of “hoeism” to go around.

Bravo, who calls herself a “theatre-first girl” brought on her long-time friend Jeremy O. Harris to co-write the script and the rest is what we call history. Since working on Zola, Harris’ Slave Play went on to become the most Tony-nominated play in Broadway history with 12 nods, edging out Tony Kushner’s Angels in America. Tune in to this year’s?!? last years?!? Tony Awards airing on CBS and Paramount+ on September 26 to see how many it will take home.

Leading the cast is newcomer Taylour Paige who recently starred in Netflix’s adaptation of Ma Rainey’s Black Bottom, opposite Viola Davis and Chadwick Boseman. Also in Ma Rainey’s was Colman Domingo, who plays X in an Oscar-worthy performance in Zola. No stranger to the New York stage, Domingo has starred in multiple shows on Broadway including Chicago, Well, Passing Strange, The Scottsboro Boys, and most recently Summer: The Donna Summer Musical. Domingo is a respected playwright and director in his own right with credits all over the country. Zola’s boyfriend is played by Ari’el Stachel who received the 2018 Tony Award for Featured Actor in a Musical for his portrayal in The Band’s Visit. Stachel has made a name for himself working at respected theatres across the country including Barrington Stage, NYTW, and The Public.

If this trend of bringing thespians from the stage to the screen continues to produce such unique and exciting films as Zola, I say never, ever stop.

“Zola” is in theatres now.