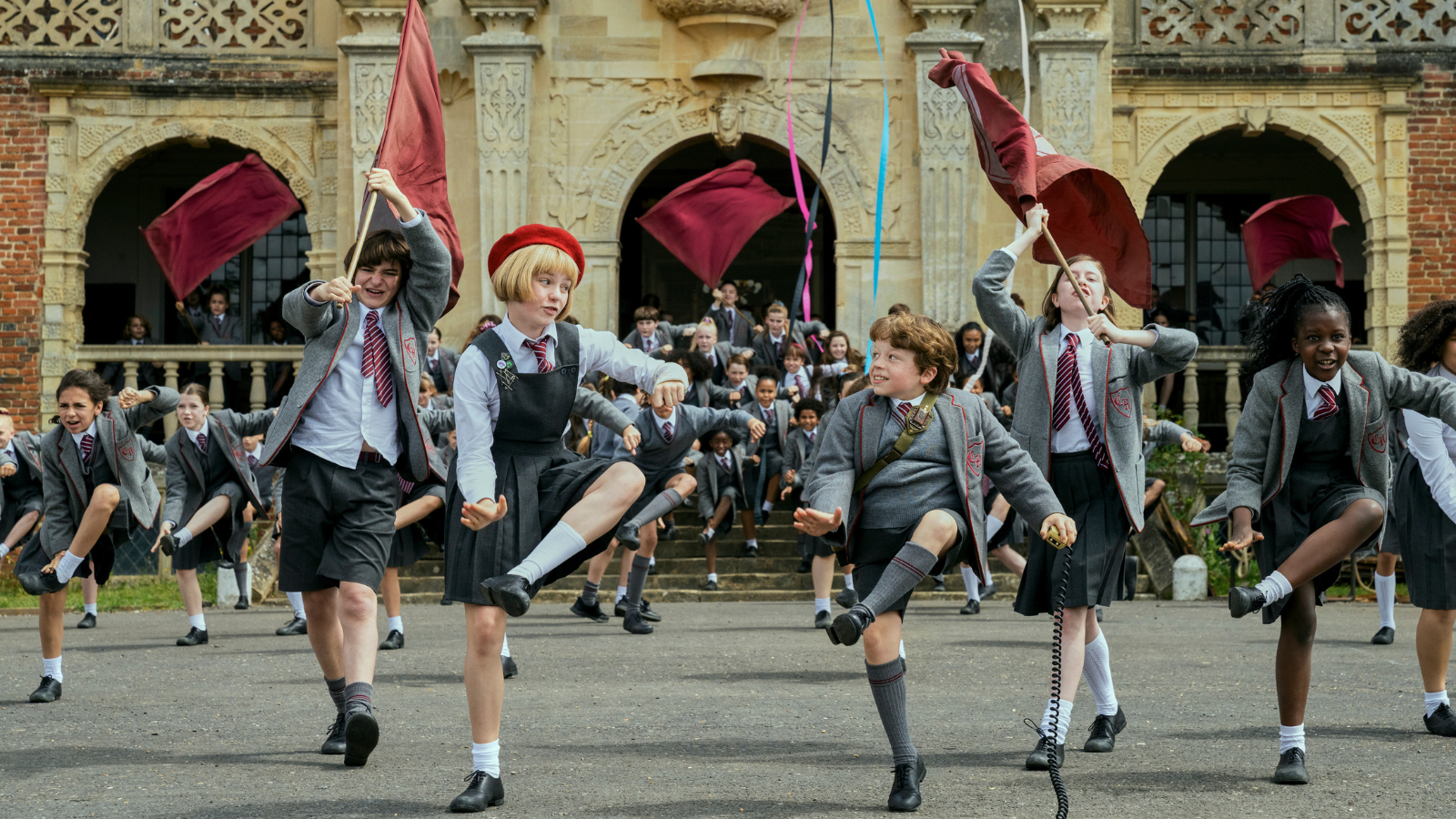 A soundtrack for the film adaptation of Roald Dahl’s Matilda: The Musical dropped November 18 and Theatrely was able to take a listen to the talented cast perform some of our favorite numbers. That means its time for another edition of Top Tracks!

‍Matilda is adapted from the 2013 Tony-nominated musical, itself an adaptation of Roald Dahl’s story that was originally published in 1988. The movie will begin streaming on Netflix December 25 following a limited run in movie theatres, beginning December 9.

The story follows a young girl who begins studying at a new school, only to have her time there upended by the oppressive principal and her unhelpful parents at home. She finds comfort with her teacher, the librarian, and her friends, as well as books all of which inspire ideas for payback and survival.

‍“Naughty” (Alisha Weir)
‍This cheeky introduction to Matilda’s love of books—and her own mischievous personality—is a charming solo number for the title character. “Just because you find that life’s not fair / doesn’t mean you have to grin and bear it,” she sings, all the while plotting her casual revenge against her neglectful and abusive parents.

‍“When I Grow Up” (The Children)
‍The incredibly hummable tune is an excellent ensemble number both melodically and lyrically. Perhaps its the state of the world today, but listening to a bunch of kids sing about going to bed late, watching too many cartoons, and eating sweets all day is heartwarming AF.

‍“The Smell of Rebellion” (Emma Thompson)
‍Any pitter-patter song in the history of musical theatre has me hooked, but the way in which the Oscar winner sings (raps?!) in this song is brilliantly unhinged. Starting at 1:48, the tempo has got to be the speed of light. Miss Trunchbull would be proud of the discipline required.

‍“My House” (Lashana Lynch)
‍Someone give Lashana Lynch a Broadway starring role ASAP because this leading lady has got some pipes! A comment song about Miss Honey’s humble abode and how “it is enough for me” had this writer weeping in a screening room. Pass the tissues, please.

‍“Revolting Children” (The Children)
‍In this almost-finale, the children at Crunchem Hall celebrate getting rid of their evil principal (“Never again will she get the best of me / Never again will she take away my freedom”). Victory never sounded so good.