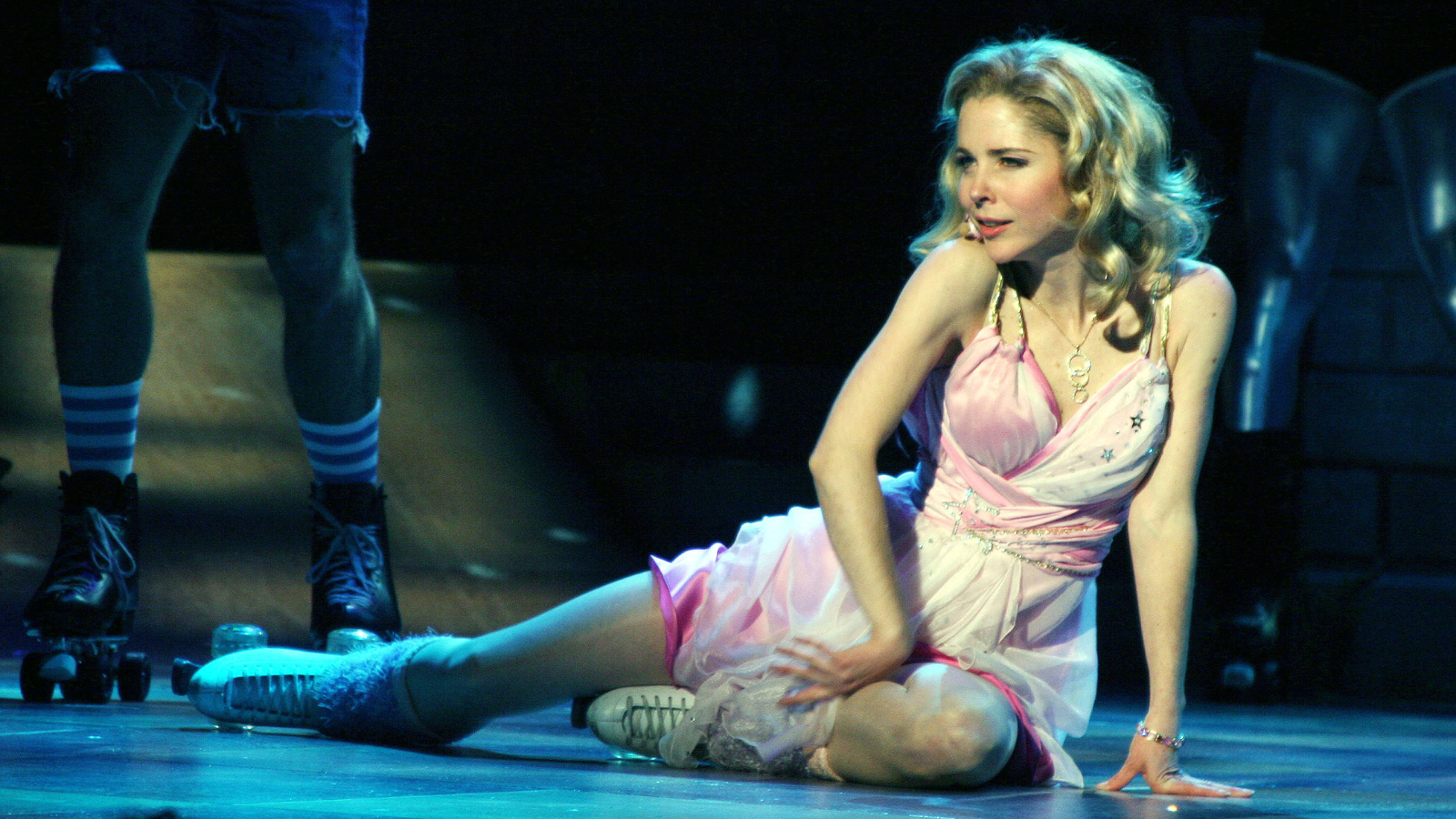 This summer, in the heart of Central Park, roller skaters have taken over the iconic Wollman Rink. Billed as the ultimate dance party, Discoasis is decked out with mirror balls, glitter, and art installations. There is no better “Boogie Wonderland” you can find than roller skating with your pals out on the town.

That got us thinking: what are some of the best Broadway songs that take place on wheels? There’s more than we realized, so we have compiled our favorite show tunes that feature skates below. Did we miss one? Make sure to share your favorites with us on social media, too!

As the world continues to honor the late Olivia Newton-John, our first song has to be from the cult classic film turned 2007 musical Xanadu which starred Kerry Butler as Kira (Newton-John’s role).

This showcase, featuring a star-making turn by Beth Leavel in the title role, opened on Broadway in 2006. It features a hilarious moment mid-Act 1 with Robert (Troy Britton Johnson) blindfolded and on skates meeting Janet (Sutton Foster), who’s posting as a French maid.

This lesser-known Kander and Ebb score follows Anna, the owner of a dilapidated roller skating rink in need of major repairs. Liza Minnelli and Chita Rivera opened the show back in 1984—perhaps it's time for a revival!?

New York was not ready when Andrew Lloyd Webber brought his Starlight Express to the Great White Way in 1987. Probably the most well-known use of roller skates in a theatrical production, I would give anything to have seen Jane Krakowski back in the original Broadway company.

The Tony-winning musical features a beautiful ballad by Ari’el Stachel that takes place in an Israeli roller rink.

‍“She’s In Love” - The Little Mermaid

While technically not full-on roller skates, director Francesca Zambello and choreographer elected for Heelys to evoke the movement of swimming around the stage when The Little Mermaid made its way to Broadway in 2008.

‍American Idol finalists Ace Young and Diana DeGarmo recently starred in a yet-to-hit-Broadway production of Skates The Musical. It which follows a rock star in the ‘90s as she reflects on her journey and what her beloved childhood roller rink truly means to her.