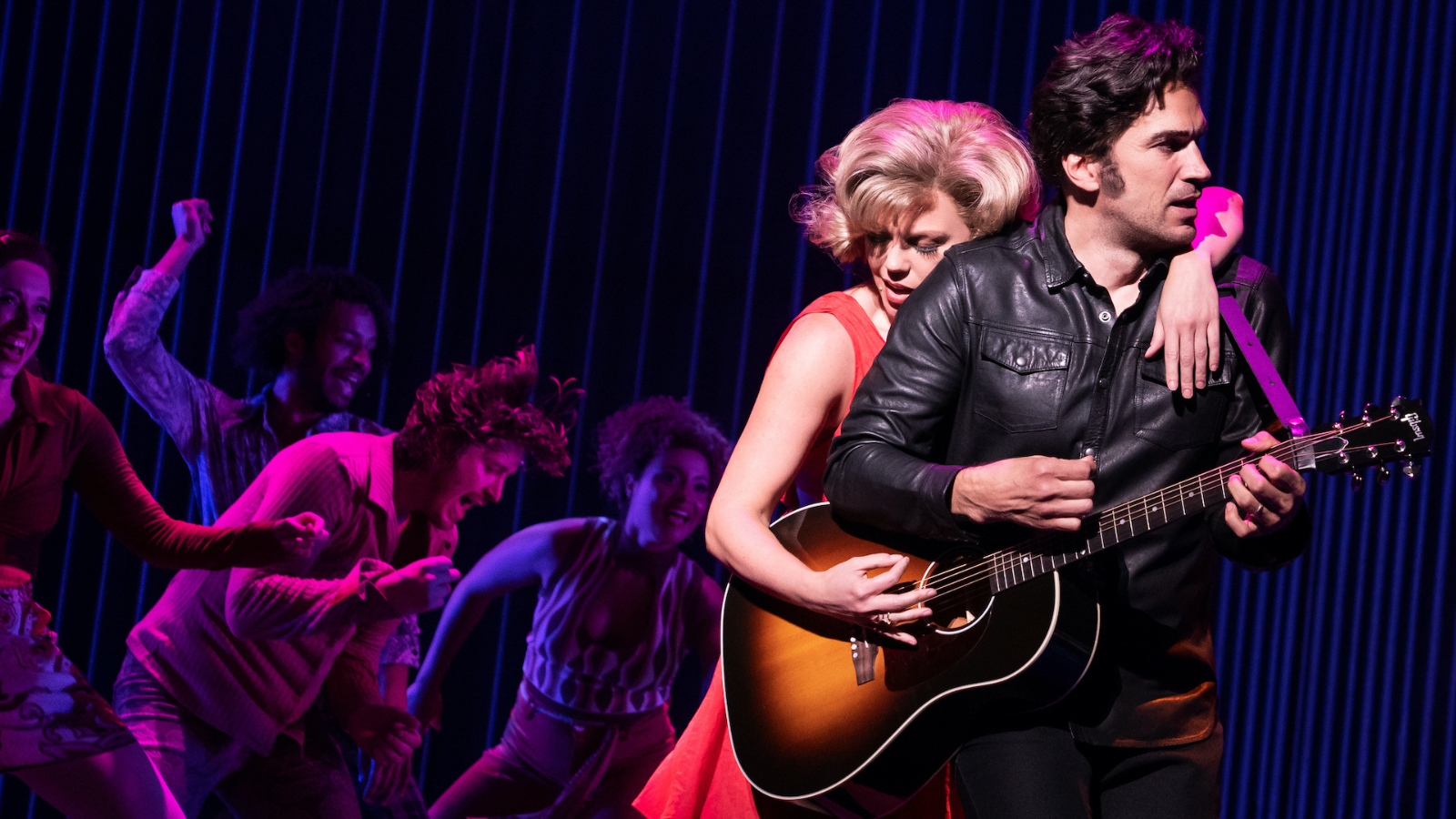 Robyn Hurder, Will Swenson, and the cast of A Beautiful Noise | Photo: Matthew Murphy

Exciting news for Diamond Heads! An Original Broadway Cast Recording of A Beautiful Noise, The Neil Diamond Musical will drop November 2—the same day that previews begin on Broadway at the Broadhurst Theatre. As a treat, a behind-the-scenes music video for “Cracklin’ Rosie” has been released and the song is also now available to listen to on all streaming platforms.

Released on UMe, the OBCR will be available to stream on all major music platforms. A physical CD will get issued December 2, just two days before the musical opens December 4. Check out the music video below.

The album is produced by Bob Gaudio, who is also one of the show’s producers with Ken Davenport. It marks Gaudio’s seventh collaboration with Neil Diamond’s work. He previously produced the singer-songwriter’s platinum-selling albums You Don’t Bring Me Flowers, which included the hit title song, a duet with Barbra Streisand, for which he was Grammy nominated for Record of the Year; September Morn; and the soundtrack to The Jazz Singer.

Visit ABeautifulNoisetheMusical.com for more information and tickets. Check out the full track list below.

5.     Demo Medley: The Boat That I Row/Red Red Wine/Kentucky Woman