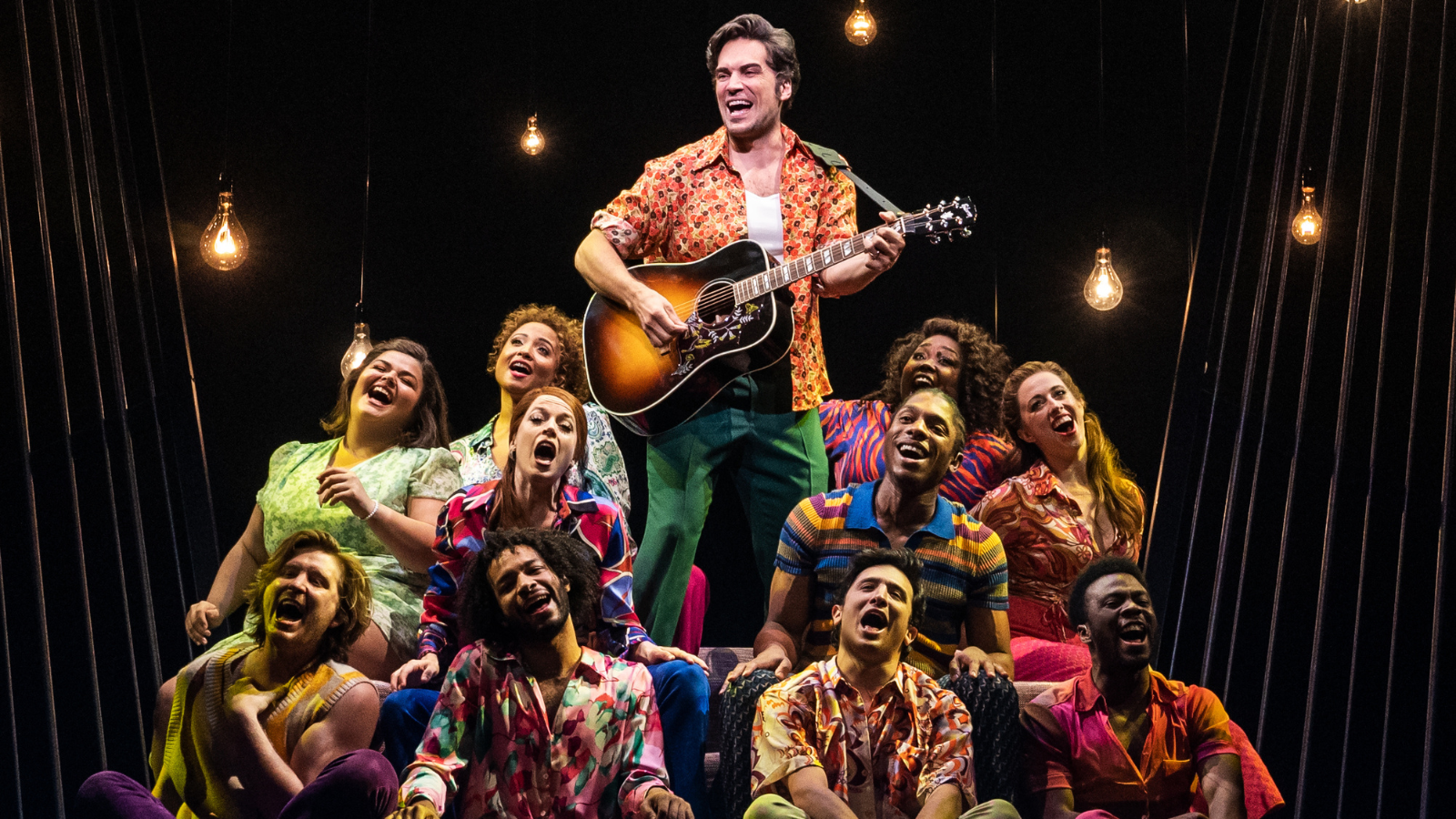 Will Swenson and the cast of A Beautiful Noise | Photo: Matthew Murphy

That’s some “Cherry, baby”! The Broadway premiere of A Beautiful Noise, The Neil Diamond Musical has confirmed the majority of its out-of-town cast will play in NYC, including Tony nominees Will Swenson, Mark Jacoby, and Robyn Hurder. They’ll play Neil Diamond – Then, Neil Diamond – Now, and Marcia, respectively. Nick Fradiani will serve as Alternate Neil Diamond – Then, performing at Wednesday evening performances.

As previously announced, the musical begins previews November 2 ahead of a December 4 opening night.

Including a score of Diamond’s most beloved songs, the bio-musical features a book by Anthony McCarten, direction by Michael Mayer (Funny Girl), and choreography by Olivier winner Steven Hoggett.

“I’m excited to bring our stunning company to the Broadhurst this fall to celebrate the music and life of Neil Diamond,” said Mayer. “His exceptional career speaks for itself, and I think A Beautiful Noise speaks to the extraordinary range and depth of his songwriting in all sorts of fresh ways. I can’t wait to share this special musical with Broadway audiences.”

The Broadway premiere coincides with the 50th anniversary of a series of concerts Diamond gave in October 1972 at Broadway’s venerated Winter Garden Theatre. Visit ABeautifulNoisetheMusical.com for more information and tickets.