A Love Letter to MJ The Musical 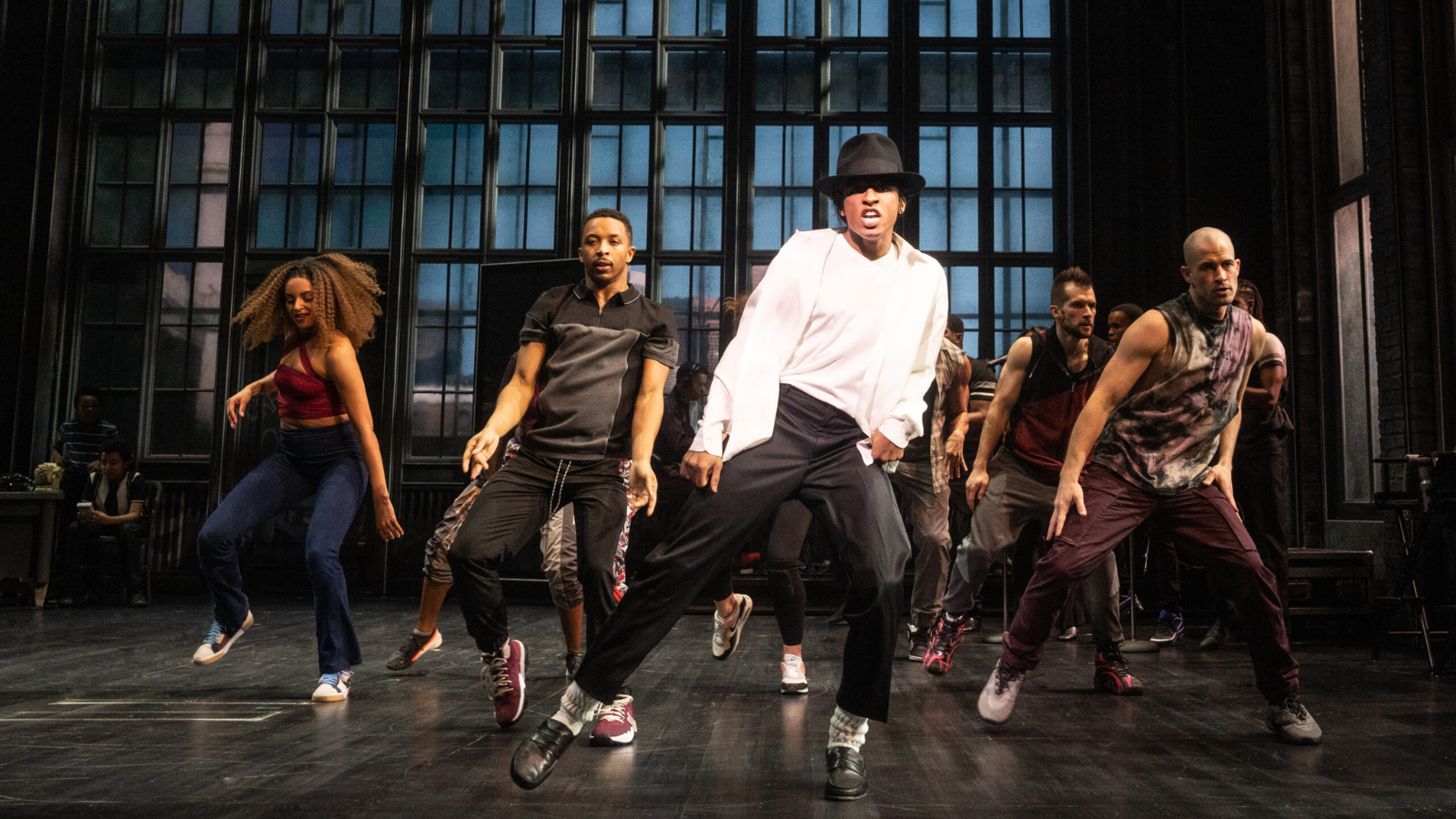 Myles Frost and the cast of MJ | Photo: Matthew Murphy

A wall of sound nearly bowled me over at the Neil Simon Theatre at curtain call. It wasn’t just the powerhouse vocals of that cast—it came from the audience, thrilled to have a chance at hearing Michael Jackson’s oeuvre performed live and in-person.

The musical has 10 Tony nominations, including for Best Musical, star Myles Frost, and director and choreographer Christopher Wheeldon. Combine that with a two-time Pulitzer Prize-winning scribe as book writer and an all-star design team, and you’ve got yourself a blockbuster.

Bio-musicals by definition should highlight important milestones in a figure’s life. Rather than paint a broad picture, however, book writer Lynn Nottage anchors the show in rehearsals for Jackson’s Dangerous world tour. By having the King of Pop interviewed on camera, flashbacks serve as a portal to incorporate songs by The Jackson 5/The Jackson and important family moments. It’s a smart way to satisfy the audience's hunger for answers about his personal life while allowing MJ, both the subject and the show, to demur.

‍The most remarkable musical numbers, for me, were the ones that tied nicely in with the emotional core of the show that explores Michael’s relationship with his mother and father. Ayana George gives an outstanding performance as Katherine Jackson, dueting with Little Michael (played by Walter Russell III at the show I saw) and then harmonizing with Myles Frost as adult MJ. The song is always a tearjerker, but I got chills this time around. It was a tender and deserved moment that humanized a celebrity family whose entire life was spent in front of the flashing lights.

‍Michael Jackson is known for creating some of the most iconic dance moves in pop history, but like many artists, the singer was inspired by those who came before him. In the lead up to “Smooth Criminal,” there’s a Bob Fosse hat tip (and killer costumes) here, a Fred Astaire kick-ball-change there, and the high-flying speed of the Nicholas Brothers to back it all up. All three were not names I had previously drawn lines to connect with MJ’s fancy footwork but seeing it unfold on stage was eye-opening, entertaining, and memorable.