A Love Letter to PARADISE SQUARE 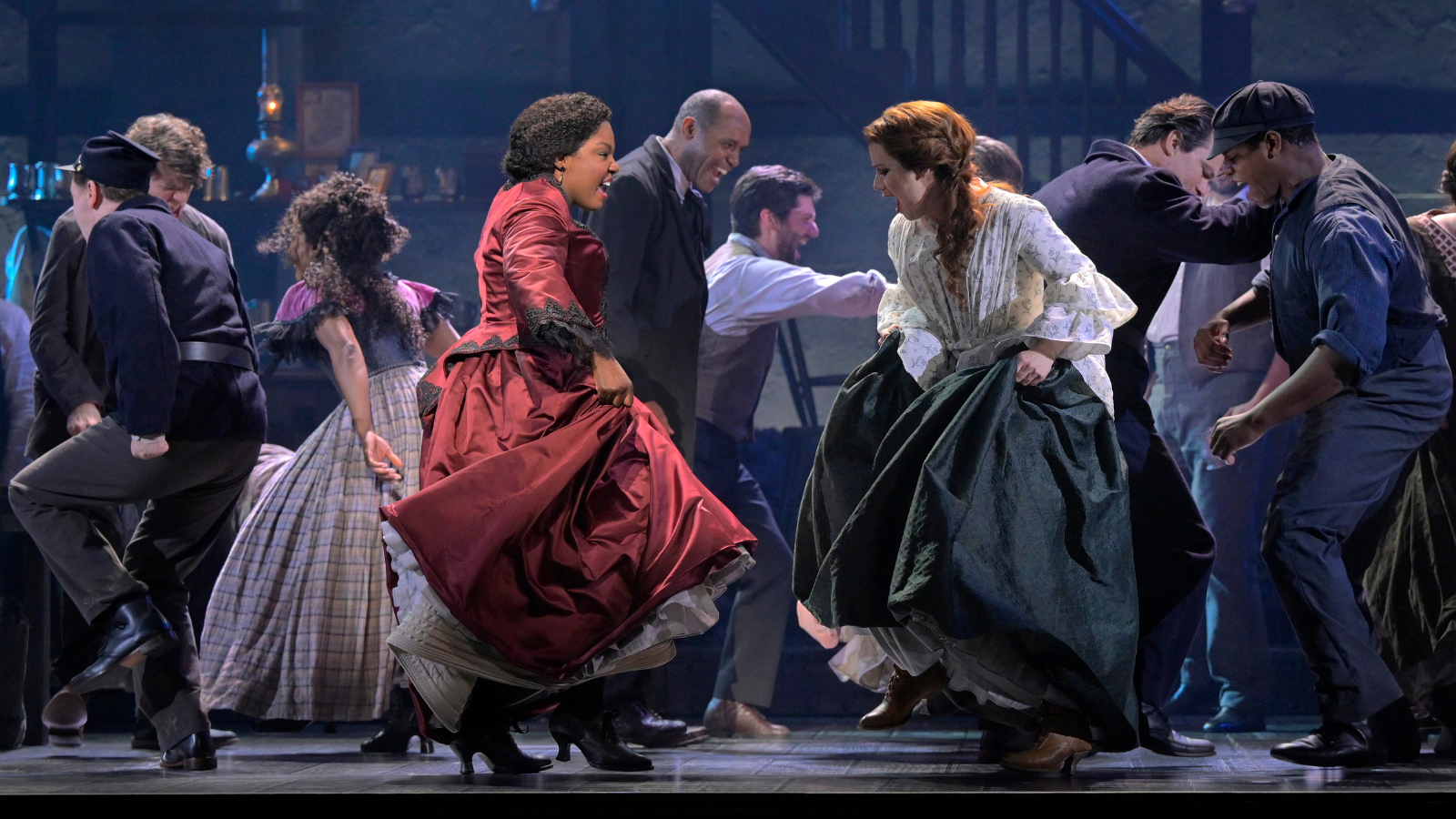 Oh, how I wish I could visit you in the Five Points. It seems like the place was a real hoot (most of the time), with patrons drinking and dancing until the wee hours of the night. Baring a time travel machine, the musical inspired by your meeting place, Paradise Square, is a remarkable alternative.

Don’t believe me? Those 10 Tony nominations sure seem to back up my claim! The star-making performances, the score, the dance numbers all combine for an excellent night (or matinee) at the theatre. From the get-go, everything about the show fills the Barrymore Theatre to the brim, grabbing audiences and never letting up. Here are three specific aspects of the show worth celebrating.

‍She’s the first person we see on stage. The Tony nominee plays Nelly O’Brien, the powerful and owner of Paradise Square Saloon. It’s through her eyes that the story is told, and whenever her “Little Eden” comes under threat, Nelly takes up the charge with fierce independence. Not to mention her fabulous opposite, Chilina Kennedy as her sister-in-law, whose pointed performance heightens each interaction to another level. Scene after scene, Kalukango shows off her talent as an actor and a singer. It’s her 11 o’clock number “Let It Burn,” though, in which the Tony nominee holds a note for over 20 seconds, that cements her as one of this Broadway generation’s brightest stars.

Any time I hear percussion and fiddle, I know there is going to be some fancy footwork and Paradise Square delivered. The perfect example is Bill T. Jones’ work in “Turn My Life Around,” which highlights both Juba dancing and the Irish Jig. Historically, the two forms would go on to combine and become known as this little thing called tap dancing. The entire ensemble is amazing, including Hammerstep co-founders Conor and Garrett Coleman, but a special shout out is especially deserved for Tony nominees A.J. Shively, who learned how to dance specifically for this show, and Sidney DuPont, lithe and joyous despite his character’s backstory.

The Civil War is rife with dates and battles and people we’re all taught in school, but none of those lessons had to do with the Five Points. Not only does the show offer a slice-of-life look at Lower Manhattan in the 1860’s but it poses necessary questions about racial equality, patriotic duty, and immigration. In the latter half of Paradise Square, audiences learn more about a real-life contentious military draft by the Union in 1863, along with the ensuing civil riot and its aftermath. It’s an enriching look at an oft-forgotten part of the era. There’s even an education guide for students (or nerds like me) to dive deeper into it all.