A MAN OF NO IMPORTANCE Struggles to Find Some — Review 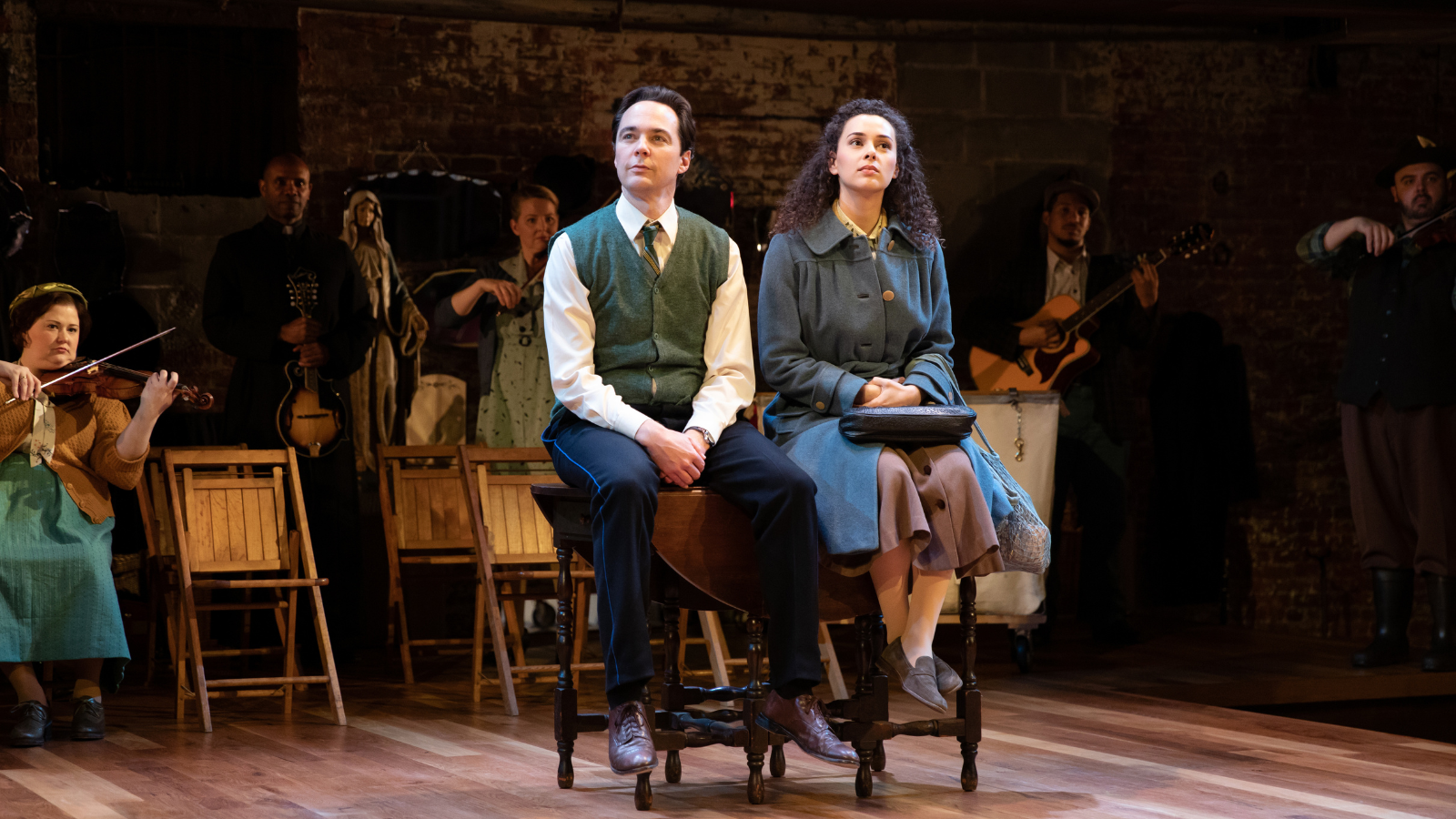 By the time John Doyle’s Assassins rolled around last year, people were deep into complaining that the director’s minimalist sensibility had gone from style to stale. I’m all for autership, enjoyed that production, and have been a fan of his most of the way. And yet, A Man of No Importance, his final show as Classic Stage Company’s artistic director, is the work of someone truly checked out.

All his trademarks are there—onstage instruments, an intimate focus on characters, choreography consisting entirely of walking in circles and percussively slamming down wooden chairs—but lack intentionality, specificity, or potency. It’s a shame, and rather surprising, considering the appreciation for smallness in theatre baked into this Stephen Flaherty-Lynn Ahrens musical, with a book by Terrence McNally, about a closeted amateur director in 1964 Dublin.

Alfie Byrne, the story’s central Oscar Wilde enthusiast, is played by Jim Parsons, with touching realism and a nice, lower-case singing voice, but often gets lost in his own story. Events float through Doyle’s universe without leaving much of a mark, a problem made worse by the choice to trim down the material to one act. As Byrne’s production of Wilde’s Salome rises and falls due to the interventions of the church which houses his troupe, its personal and larger implications don’t land, but merely sputter.

What never falters is A.J. Shively’s energizing turn as Robbie, Byrne’s coworker and secret object of affection. Shively brings the high-watt charisma he showed in Paradise Square last season while matching the production’s smaller scale, his expressive, teasing eyes drawing us in as they do Parson’s character. Mare Winningham, Mary Beth Peil, and a lovely Shereen Ahmed are great as the main women in Byrne’s life.

I wish Doyle had swung big with his final effort at CSC, making a bold exit statement and commenting on his own abilities as a director. With this, the Man is certainly of importance, but is leaving this six-year tenure dead behind the eyes.

A Man of No Importance is in performance through December 18, 2022 at Classic Stage Company’s Lynn F. Angelson Theatre on East 13th Street in New York City. For tickets and more information, visit here.