A Night On The Town: BROADWAY PLUS Celebrates 5 Years 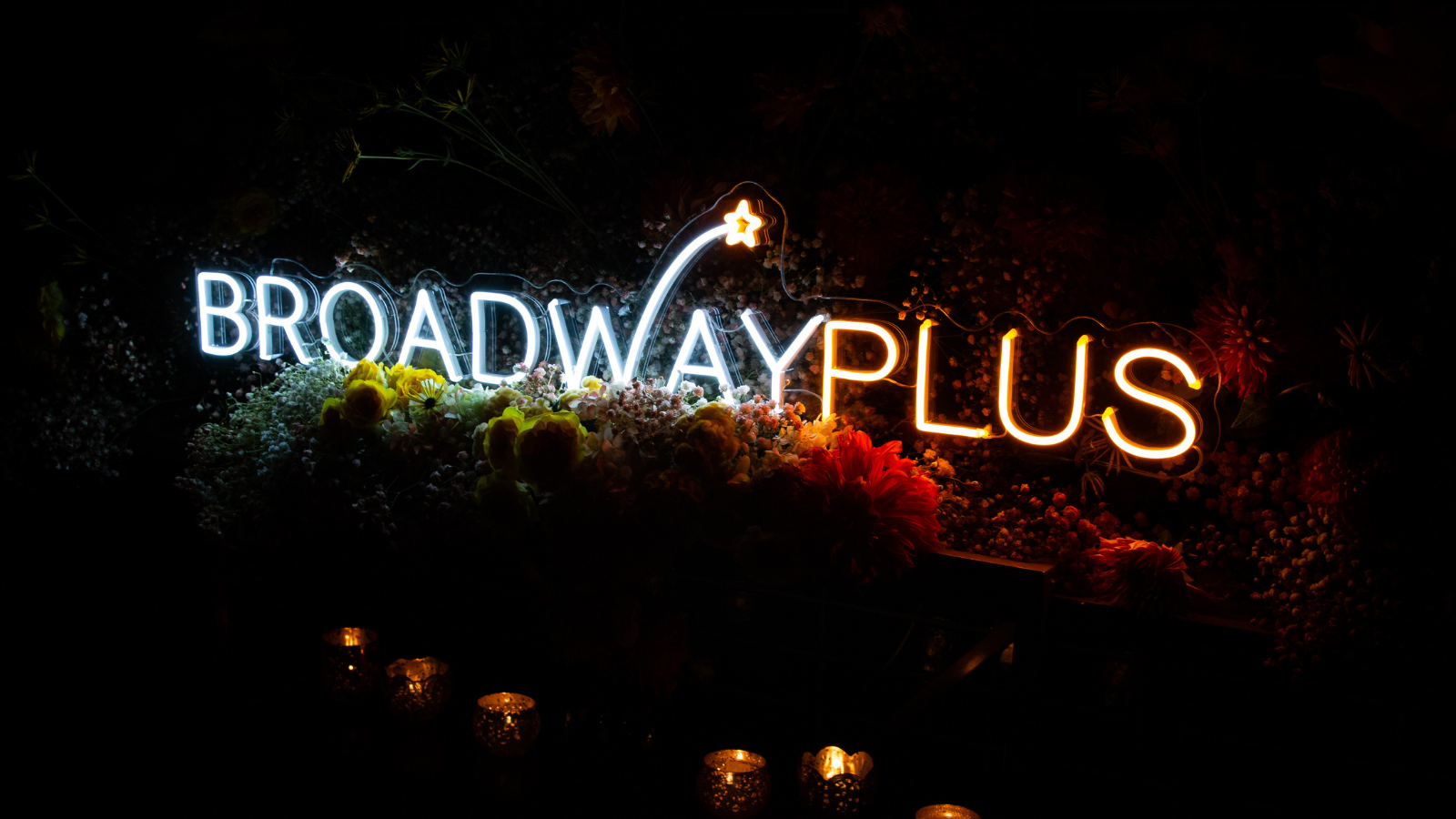 This past Thursday evening, Broadway Plus celebrated their 5th anniversary with a star-studded party atop Manhattan’s Skylark rooftop lounge. The night began with a lively red carpet session, where attendees posed cheerfully together at what is likely one of their first red carpets of the past year-and-a-half. Beloved Broadway actors Tamar Greene of Hamilton, Andrea Macasaet of Six, and Max von Essen of Anastasia, are just some of the many stars that posed for photos before eventually making their way to the main floor for an endless array of drinks and hors d'oeuvres. There was no shortage of stylish and celebratory decor, from LED signage to floral arrangements in autumnal colors, as if to represent the transition into this new season for our industry.

In a conversation with Theatrely, Director of Sales Corey Steinfast provided his outlook on the future of Broadway Plus as Broadway begins its long-awaited reopening phase. “First and foremost, we care about the safety of our actors. We are very optimistic for the future with Broadway Plus, doing in-person events safely, making sure that actors feel supported both financially and physically. We’re so grateful for vaccines, and that Broadway is mandating vaccines.”

On a lighter note of conversation, Theatrely also asked what his “wildest dream” for a Broadway Plus event would be: “I would love for all of the original Broadway casts from the best musical Tony winners from the past 10 years to come together for some sort of mix-up concert,” he enthused. Hannah Cruz, star of the upcoming 1776 revival, also chimed in: “It’d also be cool if we just brought a bunch of Broadway people together from different shows, and we all sang songs from other people’s shows.”

The rest of the night continued on with many more excited conversations in a room bursting with enthusiasm for a new era of theatre and Broadway Plus, as well as drinks, dancing, and an excellent selection of 70’s disco remixes from the DJ.

To learn more about all that Broadway Plus has to offer, visit here.