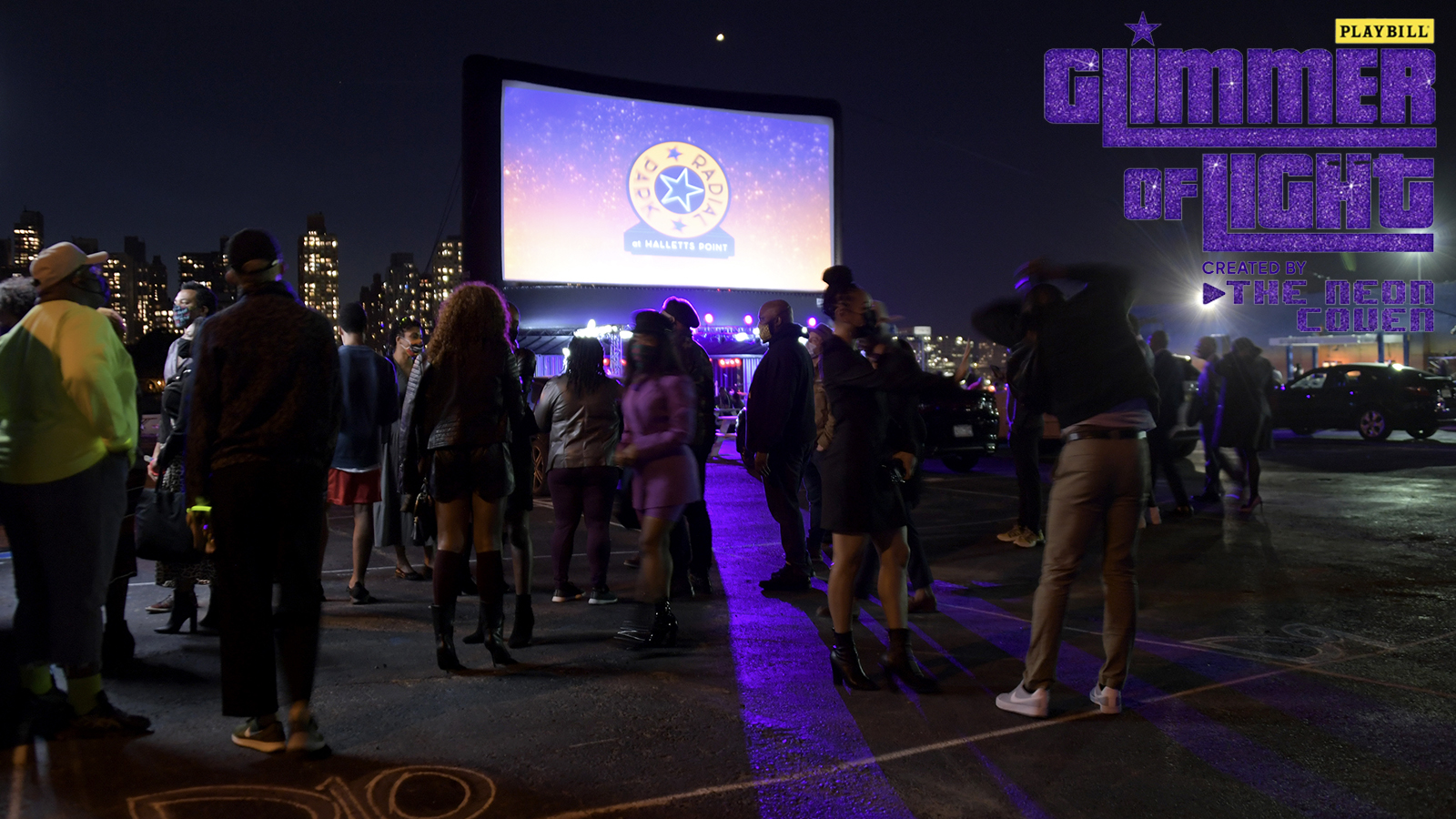 New York is all abuzz with Pride festivities this June. We sat down with Alex Birsh, Vice President and COO of Playbill, to talk about their first live, in-person production at Radial Park.

So where did the idea for the concert come about?

Well, we often try to come up with fun Pride initiatives, you know, we did the Pride Spectacular in June 2020, which, what a whirlwind that time was just in general. But that was our first ever digital event that we produced. And that actually was kind of the first event that we produced with a whole host of different talent, and all that. So we did that with the kind of proverbial pandemic gun to her head and just we tried to come up with something so that we could not just share the pride that we have for the LGBTQIA+ community and for the theater community, but also just being perfectly frank, figuring out how in the world could we make any sort of revenue during a time when our our businesses were ninety five percent shut — we had to figure out what to do there. And then when we thought about this Pride, we wanted to try and do something like that again, but then we started thinking and we thought this about a couple of months ago, I said to our creative director, who's one of the executive producers of the event Bryan Campione, I said "we should do this in person, and figure that out, because by June, I feel like this world is going to be different." And I did not anticipate so much that the CDC would be like vaccinated people can live their lives. But that was certainly helpful! And it certainly proved our point of this should absolutely be in person. And we were just so excited to really piece this all together for June and with a new partner from the nonprofit sector, Born This Way Foundation.

When did Born This Way Foundation come into the picture as a partner?

A couple of months ago, I mean, really, when we were thinking about this whole experience, we fell in love with Born This Way Foundation's ideas and from our wanting to kind of expand the space of the nonprofits that we work with. We love their mantras, their focus on youth and their focus on just expressing who you are and loving the way that you are, and obviously any organization that deals with the support and the publicizing of LGBTQIA+ rights and equity. It's really been so great to just work with an organization that focuses on youth, because we obviously speak to youth often, thanks to our social media and to being handed out to kids in theaters at shows. And this is the first time we're working with them and it's just going to be an absolute blast, it already has been a blast. They're amazing people. And seeing that evolve over time is going to be really beautiful. And I can only anticipate that we are going to do more things with them.

Then where does Neon Coven fit in?

They are creating all of the content! This is their creative baby and they are putting the show together. They're directing and choreographing it. I mean, it's their music. And they are just outrageously talented, and we cannot wait to see everything come together, although some folks have already seen it pieced together. I purposely don't want to see it yet because I'm going and I want to just go and experience it like somebody who's there and who hasn't seen all the behind the scenes stuff. So it's just been great working with them. And they're just as nice as you can be, as brilliant and smart as you can be. And we're just happy to be with them.

And being in person now, it gives you the opportunity to do so much more with the actual event space. Tell me a little bit about that.

Well, Radial Park, if you've never heard of it, never been to it, it would make sense because it's a fairly new space and Jeremy Shepard and them have pieced together such a unique place. I mean, it's a drive-in in the boroughs looking at the city. And it has an incredible blow up screen that we're going to be playing videos on, it's got room for cars so you can drive right in, and if you have a car, you can take the ferry over if you're just going to or the subway just to go to it, to be at the picnic tables, or you can set a chair up if you want. It allows for such a unique malleability and an exciting array of options that we fell in love with. And again, they're just awesome, great people. And we try our hardest to work with really good people because we've done the opposite over the years at certain times and it just makes things a lot easier, a lot better when you have just good communication with everybody. And this obviously has been such a trying year and a half that when we think of how we want to put it, how we want to put it together, we really are trying to be conscious of that and conscious of just doing things with the right people.

It's really going to be an event! Food trucks, a pop up store, can we expect anything special at Radial Park?

Oh, yeah, there will be some fun merchandise there. As always is the case every June, a percentage of all the sales goes to Broadway Cares Equity Fights AIDS, and that's for anything, whether you buy anything at the event or online. And for Born This Way Foundation, they're our partner on this event specifically so all of the ticket proceeds go to them. You know, when I look back at what we thought this was going to be and what it's actually going to be, at first, we're like, "maybe we'll get a few cars there, that would be kind of interesting." Now the mayor's office is bringing a vaccination bus right next to it on the outside, and it's just going to be a party. I just can't be more proud of my team of Bryan Campione, Leonard Rodino, Jeremy Shepard at Radial, and Kevin Duda and Michael Moritz. We have such a great crew and I'm just proud to really put this all together with them.

‍And the event is being sold in socially distanced pods, but tell me about the wristband system and how that's going to work.

‍Oh, it's going to be great. I mean, people are going to walk in there and they're going to have their choice of what band to wear, whether they have a green band that says, "I'm here to party, you can talk to me and I'm vaccinated." Or a yellow band that's like, "well, I'm here and you can chat, but just stay six feet away." And then a red band, which is most likely, "I'm going to stay in my car, and if I'm out to go to the bathroom or to get food or beverages I'm going to do so quickly." I have a feeling there's going to be a lot of greens, but the point of that's not to make the red band crew feel like they're outcasts. It's more just to make sure that everybody's comfortable and the tenor of the evening is all about inclusivity and making sure that everybody is proud to express who they are.

‍Glimmer of Light will take place June 17 at Radial Park in Halletts Point, Queens, and will stream for free the following week. Tickets are currently on sale.