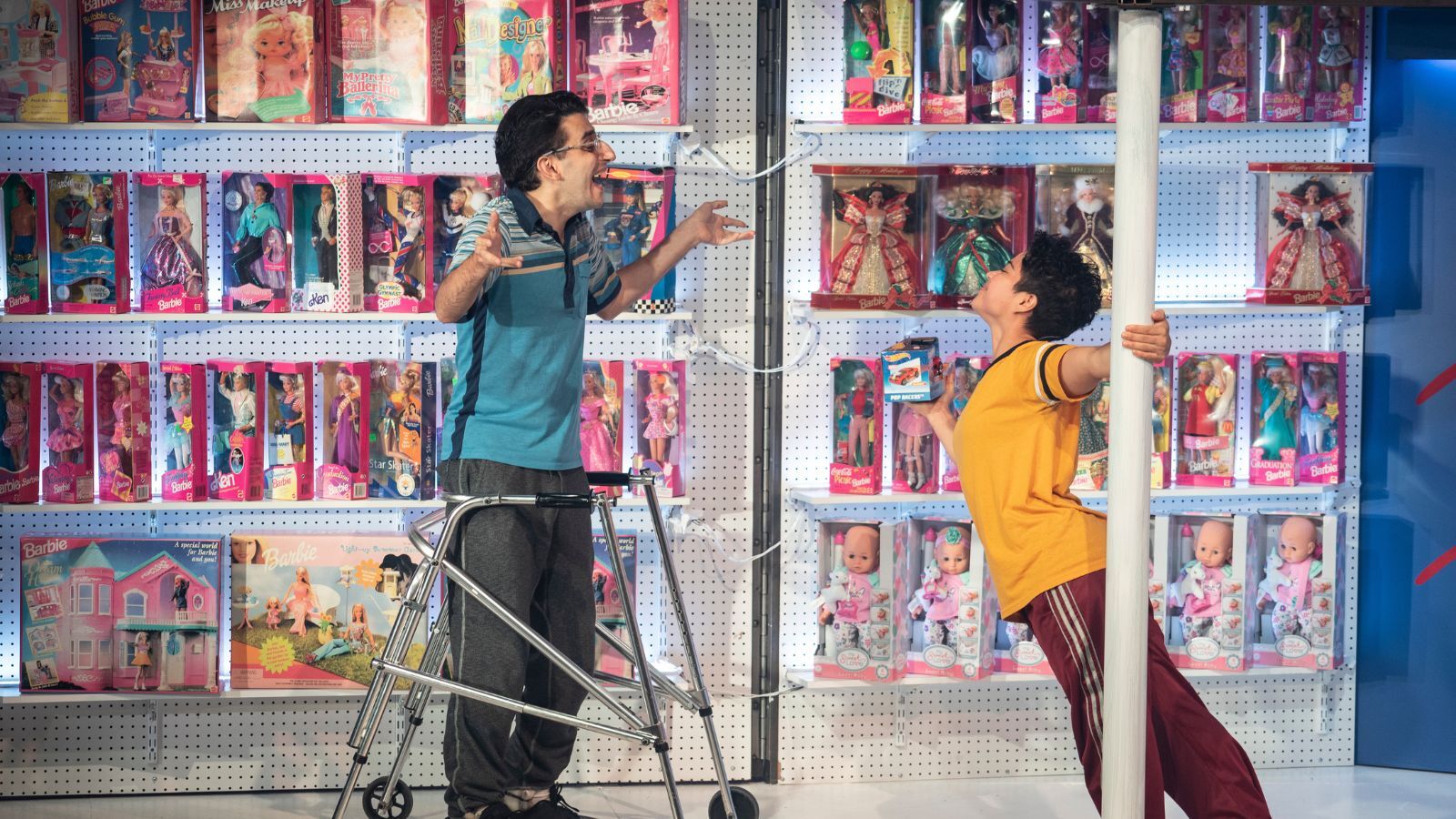 They say a successful theatre piece will start with a bang to disrupt an audience member’s perceptions of reality. The bang at the start of american tele(visions), though, is more disturbing than disrupting. It even caused a few screams from the front row.

‍American tele(visions) is a new work from New York Theatre Workshop in co-production with Theater Mitu. Written by NYTW’s Tow Playwright-in-Residence Victor I. Cazares and directed by Rubén Polendo, this 100 minute straight-through piece had me oscillating between engaged and overwhelmed. While the show brings big stories and big choices, the collection of everything at once dilutes what could have been a powerful punch.

The most striking element, and a reason to see the show alone, is the superb handle on the technology. This production offers a visual environment so layered it is unmatched in the current theatrical landscape. With technology design by Theater Mitu (Kelly Colburn, Alex Hawthorn, and Justin Nestor) alongside lighting by Jeanette Oi-Suk Yew, american tele(visions) is more similar to stumbling into a buzzing arcade than a quote-traditional-unquote theatre experience. While grand in scale (and physical coverage) the technology here is specific—references to particular video games, sound effects reminiscent of the ‘90s, and the use of a physical camera to capture close-ups of the most high-stakes plot points. The projections may be strewn across an entire playing space, but their purposes are pinpoint and earned.

Unfortunately, the text does not benefit from its simultaneous attempt to be wide-scoped and pointed. From the opening moments, I was rooting for these characters. At the core, we have a family doing what they can. The younger three, (Bianca “b” Norwood as Erica, Ryan J. Haddad as Jeremy, and Clew as Jesse/Alejandro) bring layers of timing and wit, but feel stuck with affirmations and sound bites of “We are all the unlabeled things,” etc. I craved more rooted dialogue and fuller conversations. With each lofty, unspecific, catchphrase, I could feel myself growing distant from the action, lost in thoughts of societal challenges, when I had previously wanted to be nearer, closer, to these friends. In an attempt to reach everyone, the audience loses the characters in focus.

A major win for the production is the pliability of the actors here: parent characters Maria Ximena (Elia Monte-Brown) and Octavio (Raúl Castillo) take on just as many personas and perspectives as Norwood, Haddad, and Clew, with the help of a few sparkling costume moments from designer Bretta Gerecke and specialty costumes from Mondo Guerra. We experience characters at the surface level, their video game alter-egos, hallucinations, post-mortem messengers…and the actors handle each gracefully and with noticeable intention.

For the nostalgia of the ‘90s and early 2000’s imagery, and the feat of theatrical design, it is well worth the trip to NYTW.