An Expert’s Take: Claire Saffitz on Baking in BIRTHDAY CANDLES 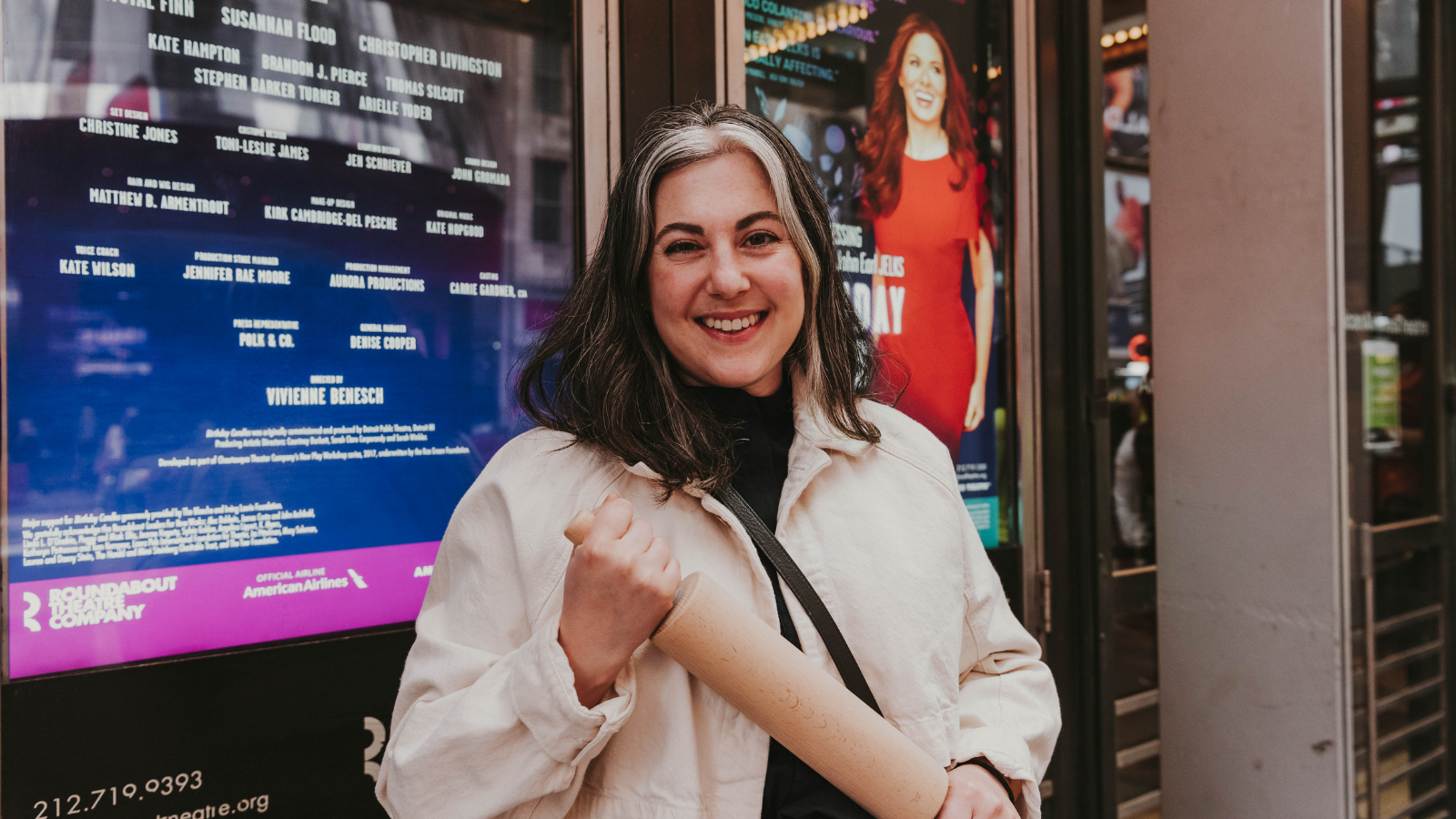 By
Claire Saffitz
No items found.
on
Category:
Features

In Birthday Candles, a new play by Noah Haidle starring Debra Messing on Broadway, 100 years pass in 90 minutes. As the play opens, Messing plays Ernestine, a 17-year-old girl on her birthday, and then, punctuated by the ding of a bell, she moves through the years and generations, celebrating her birthday at different ages. Never leaving the domestic confines of her kitchen, Ernestine bakes herself a golden butter cake from start to finish, creaming the butter and sugar, cracking the eggs, measuring the flour, mixing the batter, and baking it in a real oven.

‍Birthday Candles is a play about the pains and pleasures of aging, about the arrivals and departures of loved ones. Ernestine’s life is a rather conventional one—a fact she laments at times and her children criticize—but the play illuminates how an ordinary life can also be filled with extraordinary moments, mostly small but sometimes big.

It’s also a play about the rituals and practices that anchor our lives. For Ernestine, on her birthday, that ritual is cake-making. It’s a tradition her mother started that she carries with her through the years. As a baker, I was delighted to see a play where baking plays a starring role, is treated with respect and reverence, and is recognized for its close relationship to memory and home.

Although we see the characters move through time in fits and starts, sometimes aging a decade in only a few minutes, we get to see every step of the cake-making process. Ernestine takes her time with the task, understanding that a good cake takes patience. The ingredients should be room temperature, the pan well-greased, the butter and sugar light and fluffy, and the batter smooth and silky.

The play is set entirely in Ernestine’s baby blue kitchen, complete with crocks of utensils, flour and sugar bins, cookbooks, cake stands, spice jars, and a live goldfish. It feels like a baker’s kitchen, lived-in, cluttered (in a good way), and outfitted with plenty of counter space. Messing moves around the space assuredly and deftly like she’s truly at home, wielding a spatula with a baker’s flourish—notable because Messing had never baked a cake prior to signing on to the play. Full disclosure: I conducted a brief cake-making class in March of 2020 for Messing and the then-cast, just a day or two before the city went into lock-down.

The cake emerges from the oven toward the end of the play but meets an untimely end. I would have liked to have seen it frosted, perhaps with some actual candles in it, and tasted and enjoyed by Ernestine and the other characters. However, I can forgive Messing not actually assembling layers or whipping frosting, given that she doesn’t leave the stage for even a moment over 90 minutes and embodies Ernestine from age 17 all the way to 107. She already accomplishes quite a feat, and buttercream is tricky.

Claire Saffitz is a freelance recipe developer and video host. Previously, she was Senior Food Editor at Bon Appétit magazine, where she worked for five years in the test kitchen. She hosted the series Gourmet Makes on the Bon Appétit YouTube channel, where she used her classical pastry knowledge to reverse engineer popular snack foods and candy.