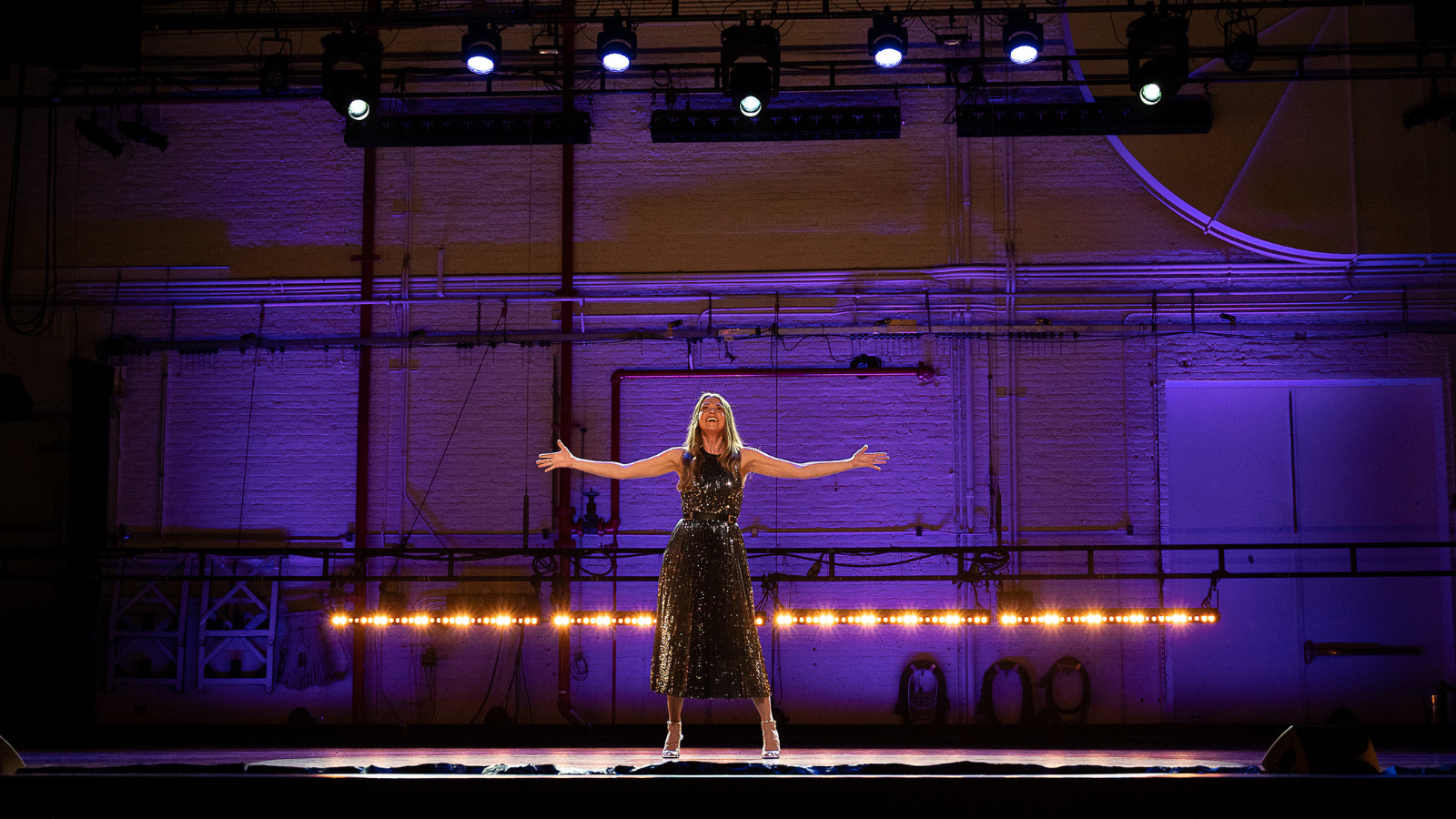 Sutton Foster in "Bring Me To Light" at New York City Center | Photo: Christopher Duggan
By
Juan A. Ramirez
No items found.
on
Category:
Features

Sutton Foster is somewhat of a bridge. As far as Broadway stars go, I cannot think of anybody else who better embodies the divide between 20th and 21st century technique, diva power and #relatability and, of course, youth and… the opposite of youth. (We dare not speak its name).

I’ve been a stan of sorts since falling in a deep, deep obsession with a bootleg copy of the 2011 Anything Goes revival during my senior year of high school. I was fascinated by Foster’s Reno Sweeney; she wasn’t the larger-than-life loose cannon you’d think the role demands, but there was nothing I could say against her performance. It was, as evidenced in that show’s performance at the Tony’s, flawless.

As evidenced in The Drowsy Chaperone’s performance at the Tony’s.

As especially––but especially––evidenced in Thoroughly Modern Millie’s performance on the Rosie O’Donnell Show.

Watching “Bring Me to Light,” her new pre-recorded New York City Center special, I was reminded of her impeccable skill, though also left wondering why the show came and went without leaving much of a trace. It’s a fine production, featuring small appearances by Kelli O’Hara and a bizarrely vacant Raúl Esparza (among others), but one that lacked the megawatt production value of an Anything Goes or, ahem, Young Frankenstein that usually complement her cartoonish smile. My mind drifted to other performers, older ones who could have walked onto that socially distanced set and made it feel like an arena.

It’s not that she lacks the talent to hold her own, or that she needs explosive, tap dance-y brightness to excel––I saw her turn a lowkey John Denver song into an emotional showstopper with the Boston Pops in 2018, and I guarantee no one left that hall feeling empty.

Where the City Center show failed her, though, was in leaning into the tired Millennial relatability tropes I’d hoped had gone out of vogue with the fall of Buzzfeed quizzes. She’s no stranger to them, but there’s usually a level of irony (Drowsy Chaperone) or absurdity (her entire character arc trying to pass off as a twentysomething on TV Land’s Younger) holding her back.

Here, as City Center’s first major work since the shutdown, since the theatre world’s supposed reckoning with its many, many ails, there was an irksome spirit of, “Hey, we know you’ve had a rough year. We have too. Now let’s sing some songs,” that made me long for Barbra’s insane TV specials from the ‘60s, or any performer in any era when pretending that divas are just like us (!) was not the go-to.

Earnestness in theatre is a double-edged sword. Lean in too hard and risk being sappy; fall too far back into cynicism and, well, you might as well leave musicals alone. Theatre kids tend to aim for the former, and that’s okay; that brand of earnest escapism is usually what the medium requires. But what good is that middle ground?

Theatre Twitter often laments what American conservatory training has done to modern performers––favoring razor-sharp precision over true character or quirk. They’re right to point out that Carol Channing’s iconic rasp wouldn’t have been allowed anywhere near Carnegie Mellon. Foster’s got the technique, and she certainly has the charm, but her clean-cut style already points to this growing trend of carefulness in singing that makes me nervous for the state of musical comedy.

Now, what on earth will her Mama Rose look like?