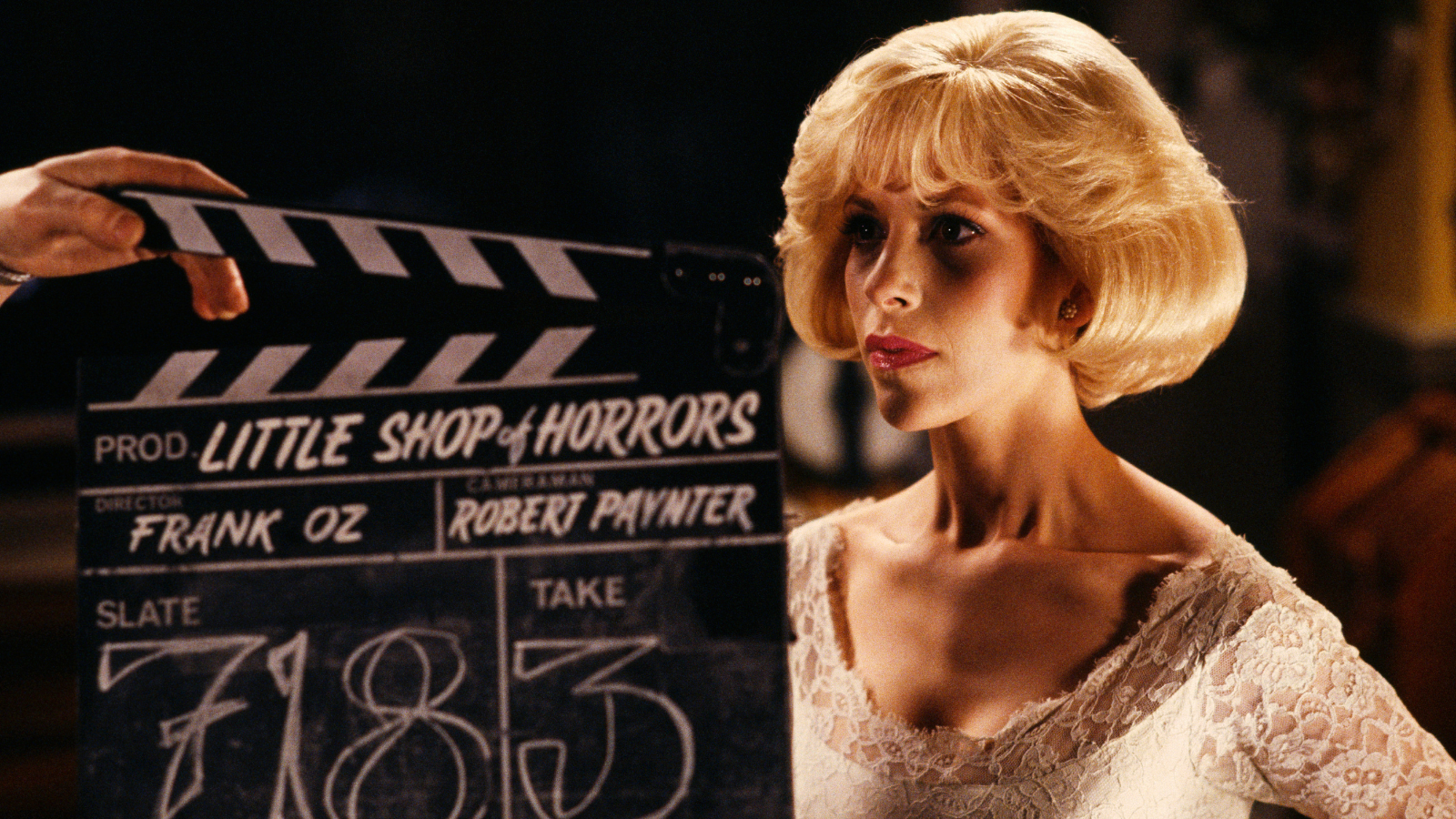 Ellen Greene on the set of the film Little Shop of Horrors| Photo by Murray Close/Sygma via Getty Images
By
Juan A. Ramirez
No items found.
on
Category:
Features

Another entry in The Diva Stan Diaries…

Reader, I cannot tell you how many times I have streamed this video of Ellen Greene doing a Little Shop of Horrors medley since I first encountered it a few months ago. You know those auto-generated playlists YouTube makes to trap you into a self-serving algorithm? This one is on the cover of at least three of those at any given time. And I watch it. Every. Time.

It’s from a recording of a London benefit honoring Cameron Mackintosh, who helped produce Little Shop’s original off-Broadway production. In an evening that features massive numbers from massive shows Miss Saigon and Phantom, this entry from the relatively low-budget horror comedy outsells the rest due to Greene’s batshit crazy performance.

Like the old-fashioned musical stylist-comedienne she is, Greene sells the jokes at the start of “Somewhere That’s Green” (“I know Seymour’s the greatest / but I’m dating a semi-sadist”) before whipping out the tears. Then I’m in tears. We all deserve to live somewhere that’s green!!

But it’s when a British actor named Teddy Kempner, who can’t sing——it’s fine, it only makes Greene look better——hops in for “Suddenly Seymour” that the performance takes off into the stratosphere. Greene’s never not given it her all with this song, as far as I’m concerned, and as was immortalized in the film adaptation.

It’s here she gets into what is one of My Favorite Things™: women scream-singing and sounding glorious. It’s throbbing neck veins, wide-open mouths, and limbs that don’t flail, but rather move in the controlled mania of a Barbie doll coming to life—which is exactly how her character ought to be played.

It’s a performance that needs to be seen to be believed, and one that I am right now claiming in the name of Pride month.

Ariana Grande, I know you love this show, and you’ve got the vocals. Bob that hair, let loose, and please give us your inner Audrey.