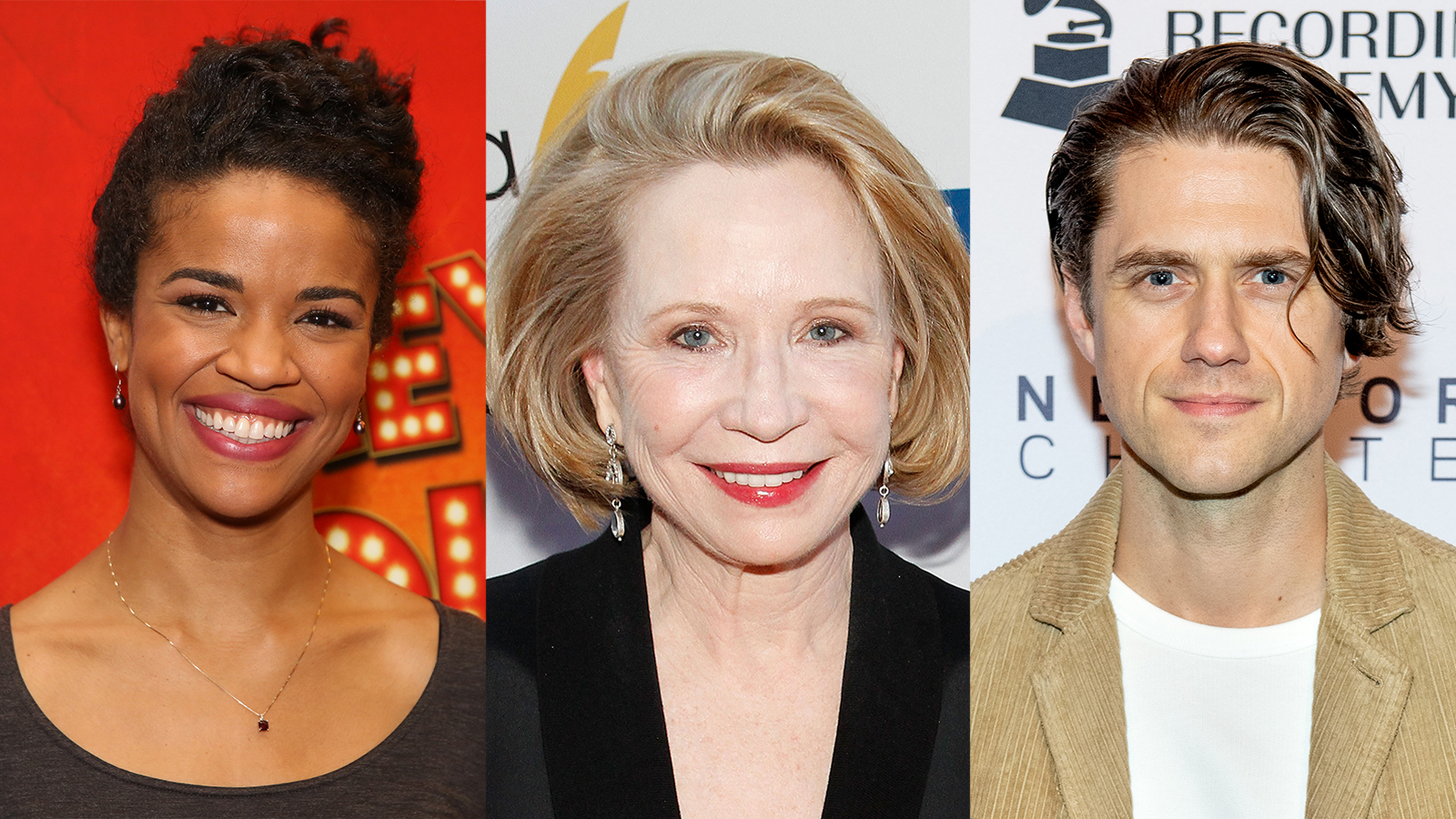 Barrington Stage Company (BSC), under the leadership of Founder/Artistic Director Julianne Boyd, has announced casting for the season’s outdoor productions Who Could Ask for Anything More? The Songs of George Gershwin and the world premiere play, Boca, and a line-up of Broadway stars who will perform in concert under a tent at BSC’s Production Center (34 Laurel Street). These productions join four previously announced productions that will play indoors at BSC’s Boyd-Quinson Stage (30 Union Street). BSC remains the only Berkshires-area arts organization producing an indoor season, which will follow all best safety practices for artists and audiences.

BSC launches the season with Who Could Ask for Anything More? The Songs of George Gershwin (June 10-July 3), a concert celebrating the work of one of the greatest songwriters of the 20th century.

Conceived by Ms. Boyd and Darren R. Cohen (BSC: On the Town, Sweeney Todd, Follies), with musical direction by Cohen and choreography by Jeffrey L. Page (BSC: Company, Broadway Bounty Hunter), Ms. Boyd will direct the production, which features some of the most-beloved songs in the Gershwin songbook, including “I Got Rhythm,” “Embraceable You” and “Summertime,” among many others.

From July 30-August 22, the theatre will present a BSC commission, the world premiere of Boca, an evening of short comedies about seniors living it up and going off the rails in the Sunshine State, by Jessica Provenz (BSC: 10x10 New Play Festival) and directed by Ms. Boyd.

The outdoor tent will also feature the following concerts by a stunning array of Broadway stars:

– Legally Bound (July 23): Broadway’s Orfeh and Andy Karl (Broadway: Legally Blonde, Pretty Woman, Saturday Night Fever) have had an impressively long run as one of Broadway’s best couples. The sexy, funny and enormously talented duo will tear through an eclectic mix of pop, rock, rhythm and blues, and showtunes that is sure to excite and delight.

– I Promise You a Happy Ending (July 24): Broadway vet and BSC leading man Jeff McCarthy(BSC: Mack & Mabel, Man of La Mancha, Sweeney Todd; Broadway: Beauty and the Beast), will sing some of the most popular and beloved songs he’s performed throughout his years in the theatre.

BSC is also pleased to announce Aaron Tveit Live! (July 18), a spectacular concert event for the theatre’s 2021 Annual Gala. Aaron Tveit, who dazzled BSC audiences in Company and is a 2020 Tony Award nominee for his critically acclaimed performance in Moulin Rouge!, will help raise funds for the company’s award-winning educational program, the Playwright Mentoring Project, now in its 21st year.

Last year, BSC prepared its Boyd-Quinson Stage for safe, socially distanced productions and will use those practices for its new indoor season. The changes include reducing the theatre’s seating to one-third of capacity, increasing the distance between rows and seats, improved HVAC and air circulation and deep cleaning after every performance. BSC’s safety measures were previously approved and applauded by medical professionals, Actors’ Equity Association and the City Board of Health. All audience members will be required to wear masks until further notice. BSC’s safety policies are available on the company’s website at www.barringtonstageco.org/safety.

The world premiere of Sister Sorry (August 12-29) follows, a new play by The New Yorker writer Alec Wilkinson, loosely based on a stunning true crime confession, and directed by Richard Hamburger (Japanoir, Curse of the Starving Class).

The Boyd-Quinson Stage season concludes with a BSC commission, the world premiere of A Crossing (September 23-October 17), a timely new dance musical co-conceived by Joshua Bergasse (BSC: The Royal Family of Broadway, On the Town; Broadway: On the Town) and Mark St. Germain, with book by St. Germain, music and lyrics by award-winning songwriter Zoe Sarnak (Secret Soldiers, Empire Records), created in association with Calpulli Mexican Dance Company and directed and choreographed by Bergasse.

Get Your Pink Hands Off Me Sucka and Give Me Back

Solandra, a Dominican-American student is alone in the throne room of Queen Isabel and King Ferdinand when their portraits come alive, poking and prodding and ready to party like it’s 1492. Meanwhile, on the island of “Hispaniola,” Anacaona is awakened by a violent nightmare of pink skinned “ghosts” invading her village. Enter Christopher Columbus and his crew of brutish bros. As Anacaona struggles to save her community from invasion, Solandra contends with her racial identity and attraction to white men in this dark comedic exploration of the insidiousness of colonization.

In 1976, the artist Andy Warhol, having re-invented himself as the portrait painter of the rich and famous, travels to Tehran to meet the Shah of Iran’s wife, the Empress Farah Pahlavi. In Andy Warhol In Iran, the iconic American painter visits the country to take Polaroids of the Empress, see the crown jewels, and eat cheap caviar -- only to encounter a young revolutionary who throws his plans into turmoil.

Outdoors under the tent at the corner of Linden and Center Streets, Pittsfield, MA.

Come and join the festivities in our week-long celebration of local Black artists, featuring a poetry jam, a storytelling event, an evening of jazz, a presentation of Ain't I A Woman, celebrating unsung Black heroines,and two talent shows with cash prizes. All events are free. Reservations are strongly recommended.

Pricing for the 2021 summer season is $35-$100 for the Boyd-Quinson Stage and outdoor venue productions. Preview performance tickets for all shows are $35. Bundles of tickets (three or more) can be purchased at a 25-30% discount. Please call the box office for more information. Single tickets can be purchased by calling 413-236-8888 or visiting www.barringtonstageco.org.