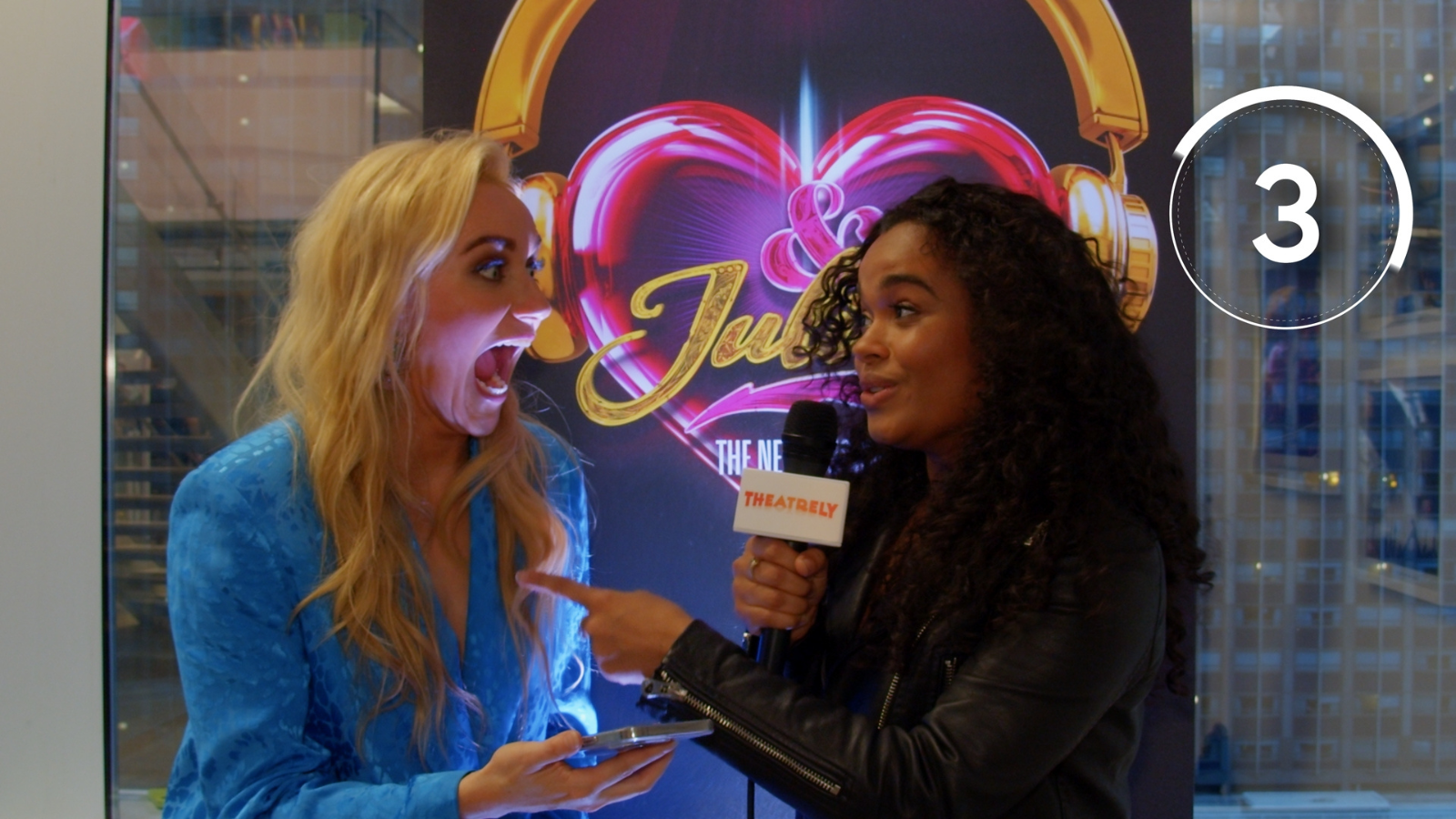 Newfound joy and agency, trips to France and Italy, and Britney Spears! These are just a few of the twists on Shakespeare’s greatest tragedy that & Juliet explores. Ahead of previews starting October 28 at the Stephen Sondheim Theatre, Theatrely spoke with the cast to play 10 Seconds to Plot.

Check out Betsy Wolfe, Lorna Courtney, Justin David Sullivan, Stark Sands, and more explaining what & Juliet is all about.

‍‍& Juliet uses some of the most beloved pop songs of the last three decades to tell a multi-generational story loosely inspired by Romeo & Juliet and Shakespeare’s life, flipping the script by asking what would happen next if Juliet hadn’t ended it all over Romeo.

The musical features a book by David West Read, music and lyrics by Max Martin, direction by Luke Sheppar, and choreography by Jennifer Weber. The show had its world premiere in September 2019 at the Manchester Opera House in England, before moving to London’s West End. It began performances in November 2019 at the Shaftesbury Theatre in London, where it continues to play to sold-out houses. In addition to the U.K. Production and a recent pre-Broadway Toronto production, a production of & Juliet will premiere in Australia in February 2023 at Melbourne’s Regent Theatre.