BETWEEN RIVERSIDE AND CRAZY, Far South of Interesting — Review 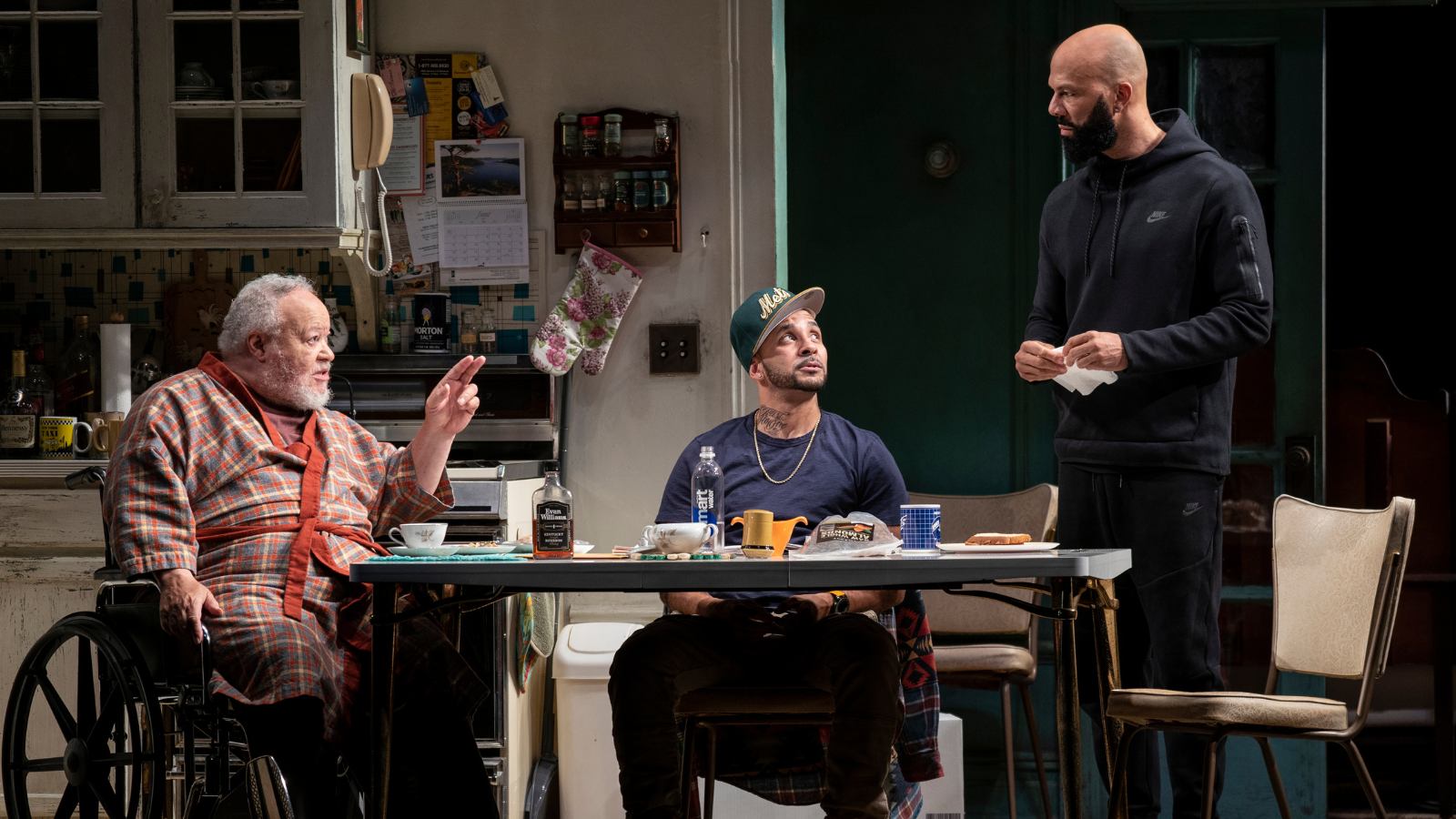 The last Stephen Adly Guirgis work to debut in New York was the excellent Halfway Bitches Go Straight to Heaven at the Atlantic Theatre in 2019. Perhaps its success set the stage for the play Between Riverside and Crazy to take its first bow on the Main Stem a few years after it won Guirgis the 2015 Pulitzer for Drama, as it compellingly explored the inter-locked and loaded relationships between a rough-around-the-edges ensemble provisionally living together in the city, with fiery performances from (among others) Victor Almanzar, Elizabeth Canavan, and Liza Colón-Zayas.

Though the productions share those same elements, like a broom you find in the back of the closet, the words to describe the Prize-winner’s Broadway premiere are stiff and dusty. Save for Stephen McKinley Henderson’s masterful lead performance and Walt Spangler’s attractive, misused set, they apply to the book itself as much as to Austin Pendleton’s lifeless direction and 5.5 of the 6 other performances.

Set in 2014, it unhurriedly follows what might be the last day “ex-cop, war veteran Senior Citizen” Pops (Henderson) spends in the rent-controlled Manhattan apartment where he’s been living since 1978. He’s made room in the space for his recently paroled son Junior’s (Common, in a nice Broadway debut) orbit, which includes girlfriend Lulu (Rosal Colón) and wayward friend Oswaldo (Almanzar), each of whom are about to become more nuisances than invited guests to the wheelchair-using head of the house.

Pops is plagued by the suspiciously well-informed Church Lady (Colón-Zayas) and by former coworkers Caro (Michael Rispoli) and Audry (Canavan), who are purportedly helping his fight against City Hall over a questionably remembered incident eight years back that landed him in the hospital with bullet wounds.

The low-stakes arguing and wintery city atmosphere (thanks to Spangler’s neat, rotating apartment set) iron any potential drama out with the smooth-brained vibe of a Law & Order episode; you never feel anyone cares too deeply about what will happen next, even when violence bursts into their lives. Pendleton sets a fine atmosphere for his cast, but doesn’t direct them towards any emotional highs or lows; an unwise decision which leaves the character-driven play to unfold on its own.

It’s hard to understand what critics (and ostensibly audiences) found to love in Guirgis' play when it premiered not that long ago. There’s a certain unpinnable Very Special Episode air to the proceedings, exacerbated by characters that verge on weak caricatures of New Yorkers, performed here with eyebrow-raising accents and gesticulations. A streak of Old Stoop Man conservatism also runs throughout, with Lulu and the Church Lady written with scarcely any humanity or intelligence, the vague air of slut-shaming hanging about.

Thankfully there’s Henderson, who with the slight turn of his neck from a bundled-up bed can command attention with the grace and power of someone who deserves much better material. His easy, conversational style matches the writing’s lackadaisical pacing at first but, as the production’s only beating pulse, unwittingly sets the tone for its entire duration. After a while, even his cantankerous comedy and silent currents of emotion can’t bring this dreary play north of a puzzled, heavy eye-lidded look.

Between Riverside and Crazy is in performance through February 12, 2023 at the Hayes Theatre on West 44th Street in New York City. For tickets and more information, visit here.