Broadway Grosses Are Back…Here’s What They Mean | OPINION 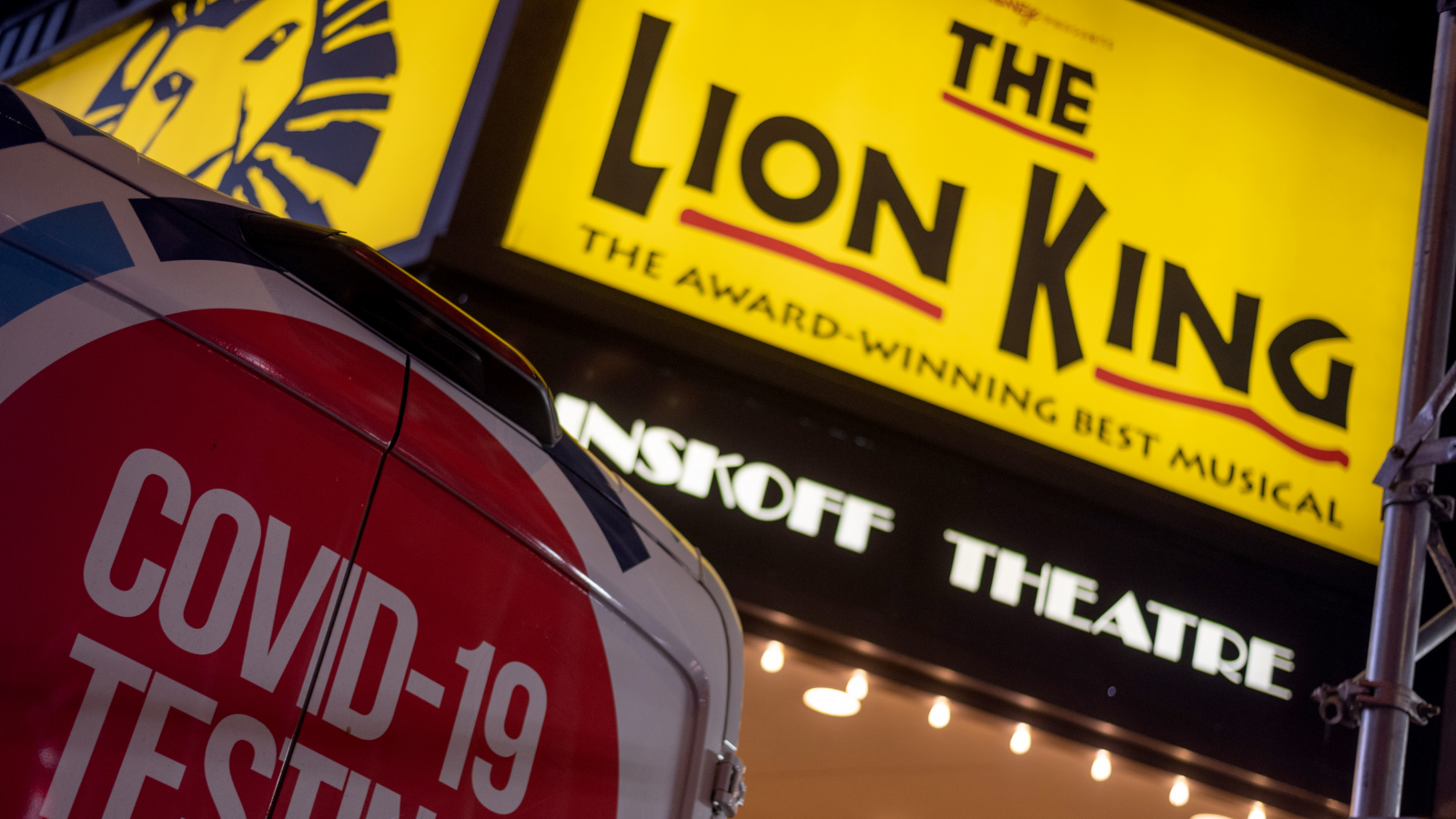 There are 32 Broadway shows currently running. With four more beginning previews this month. And Tony nominations just around the corner. The Broadway horse race is back in full swing. Only one thing had been missing from the picture—the weekly show grosses.

That changed March 17 when The Broadway League, which had previously announced that grosses would not be public during the 2021-22 season, changed up its plans. Full reporting of weekly show grosses resumed March 22, with all previously unreported data from the season also released.

The return to weekly reporting of grosses marked “a big sign of a return to normalcy,” as theatre reporter Cara Joy David put it, allowing fans and industry insiders to again pore over the numbers and theorize on which shows’ futures looked bright—and which might be headed for closing.

So what changed? Why the League’s change of heart? And what do the numbers tell us about the health of the industry now, and in the months ahead?

Two weekly figures matter most of all for Broadway productions, one public and one private: the weekly gross, and the weekly running costs.

Put simply, a production must consistently earn weekly grosses greater than its weekly running cost in order to sustain a lengthy run. “When producers earn above their weekly [running costs], they can pay back investors, earn profits, and have as long a run as possible,” explained reporter Philip Boroff, founder and editor of Broadway Journal.

A show’s weekly haul is technically termed the “Gross Gross” in League releases. That isn’t a typo, but rather refers to the total money taken in at the box office. That number will dwindle by 8-10% before reaching producers, thanks to credit card fees, group sale commissions, and other fees. (The League used to report the number after those deductions, termed “Net Gross,” but switched in 2009 to “Gross Gross,” a total that makes everyone look a bit better while remaining technically accurate.)

So what about weekly running costs? Unlike a show’s initial capitalization figure, which is typically included in SEC filings, this figure is not made public. So we’ll never know for certain if a show is turning a profit or not any given week.

“One need not be privy to a show's finances to make educated guesses about running costs,” said Boroff. “Plays generally cost less than musicals, and big musicals—with lots of actors and musicians and elaborate sets—cost more to operate than smaller ones.” The bigger and more expensive the show, the more it needs to rake in each week in order to stay afloat.

Simple enough. Yet in reading each show’s grosses each week, there is no one-size-fits-all formula. It depends on theatre size, the given week, and other variables besides. That’s where the other figures provided in the League’s weekly release come in handy: the week’s total attendance, the average ticket price paid, and the percentage of theatre capacity filled.

One figure is no longer included, as of the March return to reporting: a production’s maximum “Potential Gross,” which was previously held up against its actual gross number for context. Per David, the figure had lost some of its precision due to constantly shifting dynamic prices, though she still mourned its loss: “I wish there was a number provided frozen in time at the start of the week,” she explains. “Some information on this front is better than no information.”

From the figures we do get, we can start making some educated guesses.

“[The grosses] are a marker of how my show is doing against my competitors and against other shows that opened within this season,” said producer John Johnson of Wagner Johnson Productions, which most recently brought The Lehman Trilogy to Broadway. “They tell me where I’m at in the larger landscape.”

From the figures we are still getting each week, what can we parse about where each is sitting within the larger landscape? Let’s look at a few examples.

‍Tina: The Tina Turner Musical made $751,186 this past week, a potentially worrying total for a costly musical—down from $812,681 the previous week, with attendance falling also. But the show’s average paid admission cost was $122.38, a sturdier number that reflects limited discounts and comping and preserves long-term product value. The drop in grosses and attendance also reflects a drop across all shows this past week, not a decline exclusive to this show.

‍Paradise Square’s numbers might initially look stronger than Tina’s, since it saw 91% of its seating capacity filled versus Tina’s 52%. Yet Square’s gross was significantly lower at just $296,350, indicating that most attendees received heavily discounted or free tickets.

‍The Music Man and Plaza Suite are the big hits of the new season, earning $3,335,201 and $1,383,563 respectively this past week, massive grosses relative to other new entrants. Those two numbers may look vastly different at a glance, but they’re equally impressive since Plaza Suite, as a play with a five-person cast and single set, is sure to have running costs at least half as large as Music Man’s.

The drawing power of big stars chiefly explains those big numbers, but not entirely. The Music Man and Plaza Suite are also the only two pandemic-delayed productions which held onto most advance sales, rebooking rather than refunding as many customers as possible, and thus retaining a pot of cash while most COVID-affected productions refunded all orders.

‍Six is one of the biggest smashes of the season, fetching an enviable average ticket price of $158.96. So why did it only earn $1,288,716, on the lower end amongst currently running musical hits? Its cozy little house, the Brooks Atkinson, only seats 1,031. Jacked-up premium prices or not, there’s only so much a show can make with relatively fewer seats to sell.

None of this means the grosses don’t tell us if a show is doing well or not. Current numbers for Come From Away and Dear Evan Hansen, for instance, clearly indicate dwindling interest in both shows. But it’s different for each show, each week, amidst shifting expectations and variables. And outside observers never know for sure what’s going on with every show, since not all information is public. But we can guess. And, oh boy, do we.

‍In announcing the decision to resume reporting of Broadway grosses, the League cited “the optimism that comes as spring approaches and the impact of the COVID-19 pandemic recedes,” noting a gradual return to normalcy and the arrival of 16 new Broadway productions. The first week of numbers painted a healthy and hopeful picture.

Yet even before the uptick in COVID-19-related cancellations seen within the past week, significant challenges still lay ahead. A glut of new shows means a fierce battle for audience attention, both for new productions starting out and longer-running shows trying to survive. Given the uncertainty still ahead, why not stick to the plan and hold off on the grosses while Broadway continues to recover?

For one thing, the League had sort of already gone back on its word. The trade organization had released, starting in late October, aggregate grosses to demonstrate Broadway’s steady resurgence. These numbers gave a broad picture of the industry’s health without singling out individual productions.

Then, in late January, the League distributed a more comprehensive breakdown of grosses by show within its own membership. The data was immediately leaked to the press and widely reported. With all that information “getting out anyway,” noted Boroff, secrecy may have been a harder argument to maintain.

But one producer, who asked to remain anonymous in discussing a sensitive topic, suggested yet a different reason. Marquee Broadway hits like Hamilton, Wicked and The Lion King have seen healthy grosses since Broadway’s return, surprising some observers who predicted a more local audience would favor new shows. The producer theorized that producers on big-name shows wished to set their rising grosses apart from the many new productions, which traditionally struggle to gain a foothold.

‍It’s About To Get Rough

‍A return to normalcy doesn’t just mean more shows running and most available Broadway houses filled. It also means a steady line of shows in line to displace them and move in, circling and eyeing for signs of weakness.

“At the risk of sounding callous, it’s always fun to see who’s winning and who’s losing,” said Boroff. “Shows still need to be financially sustainable, and the one constant on Broadway is that most new commercial productions are not.”

“The dynamics have not changed,” said Johnson. “The hits are doing hit things, other shows are trying to rise, and now we’re about to inject 16 more shows into that ecosystem. What is that going to do?”

Early signs suggest that the dynamics of last fall, and of pre-pandemic Broadway, will likely repeat: known brands will sell while new works struggle. Early grosses for Macbeth (with Daniel Craig), Mr. Saturday Night (with Billy Crystal) and Funny Girl (a highly anticipated revival) look promising; meanwhile the likes of The Minutes, The Little Prince, and a For Colored Girls... revival face a tougher road ahead.

Whatever happens, the reporting of grosses ensures it will happen out in the open, under the watchful eye of an industry still shaken by uncertainty, but brutal and unforgiving as ever.