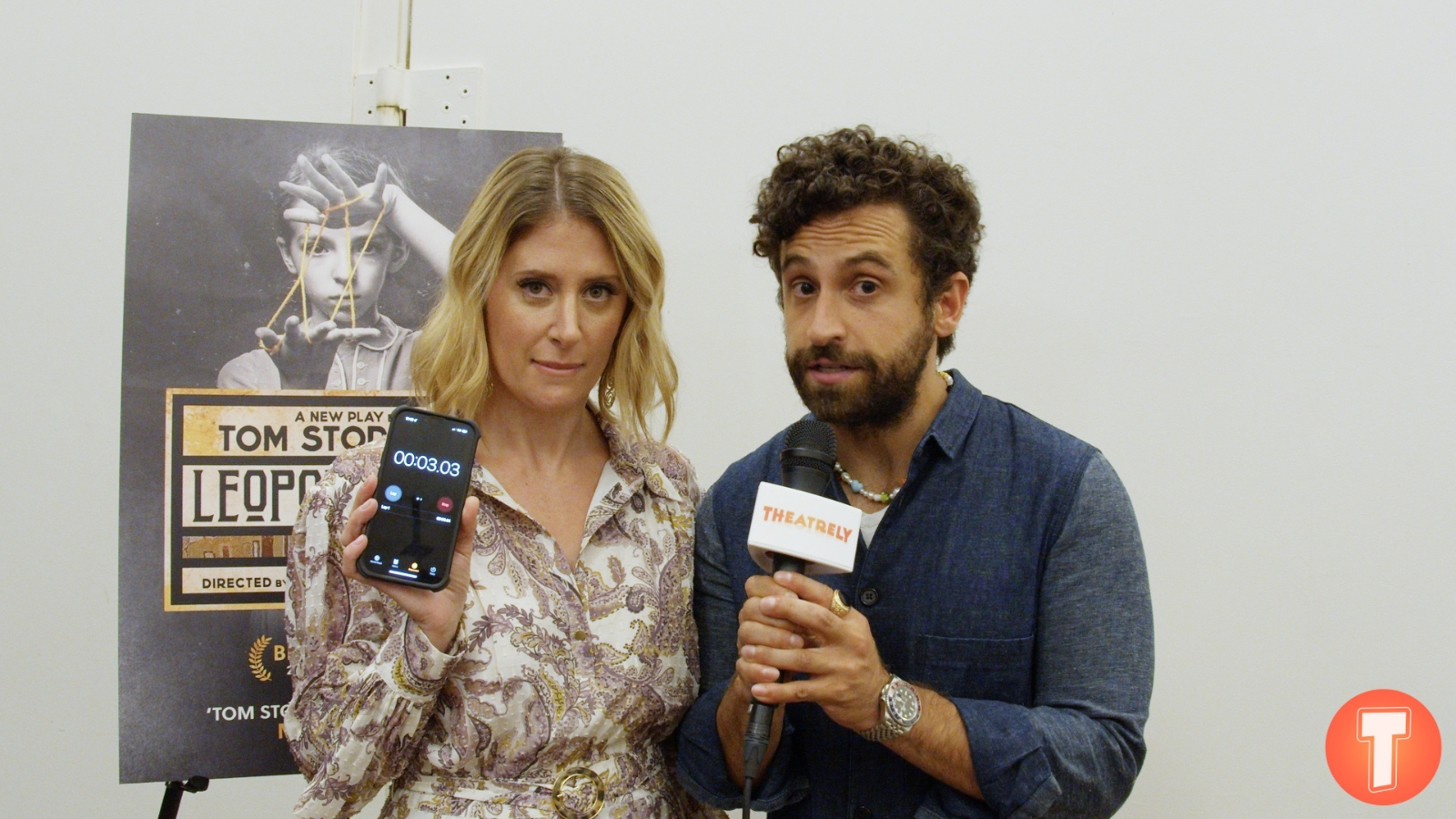 How do you condense a 2-plus hour epic Tom Stoppard play, the plot of which spans 56 years, into 10 seconds? The cast of that very play, Leopoldstadt, is giving it a go in the first episode of Theatrely’s newest video series, 10 Seconds to Plot, where we ask the casts of upcoming Broadway shows to tell us their show’s plot to the tune of a 10-second timer.

Cast members Caissie Levy, Brandon Uranowitz, David Krumholtz, Faye Castelow, and more were up to the challenge as they met with members of the press at New 42 Studios ahead of the start of performances. Previews for the new play begin tonight, September 14, at the Longacre Theatre. The Broadway production will officially open October 2.

Watch below to hear (a really rushed rendition of) what you have to look forward to in Tom Stoppard’s Leopoldstadt!

Leopoldstadt is Stoppard’s 19th play on Broadway. He’s won the Tony Award for Best Play four times—the most of any playwright. His newest play, which follows several generations of a Viennese Jewish family and is based largely on his own family history, debuted in London’s West End just before the pandemic forced a premature closure. Several actors from that original production have followed the play Stateside, rounding out the 38-member cast (which includes a whopping 24 Broadway debuts!).