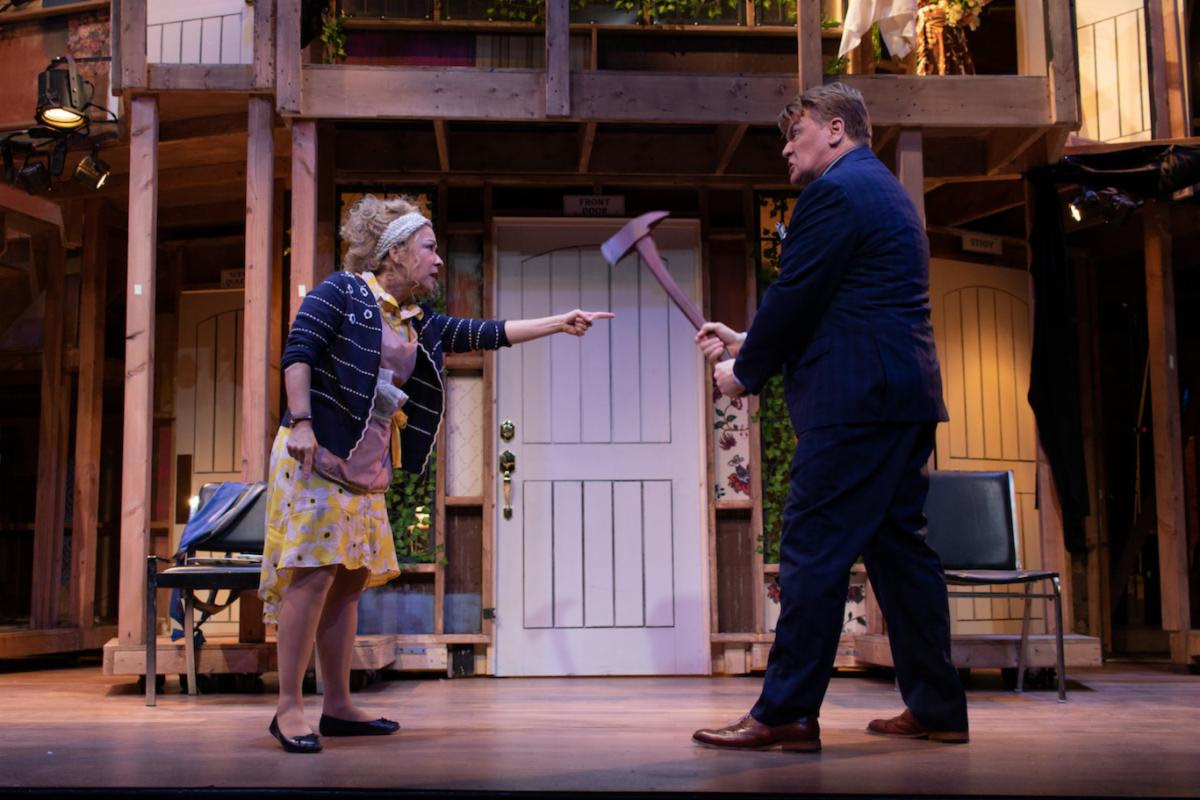 The Cape Playhouse's 2019 production of "Noises Off"
By
Kaitlyn Riggio
No items found.
on
Category:
News

The coronavirus pandemic caused many playhouses and theatre companies to cut their seasons short. Many companies have been putting on virtual events to keep audiences entertained until live theatre makes its return, one of those companies being the Cape Playhouse in Dennis, Massachusetts.

The Cape Playhouse is hosting a virtual event called Leap Year Tonight on June 10 to honor what was originally supposed to be the opening night of their 2020 season.

Leap Year Tonight will feature aspects of the Cape Playhouse’s past, present and future. The night will include a performance from Rema Webb, who played the murderous Venus flytrap Audrey II in Cape Playhouse’s production of “Little Shop of Horrors” last season.

There will also be discussions with members of past Playhouse creative teams and actors, including Hunter Foster, Marcia Milgrom Dodge, Jen Cody, John Scherer, and Gail Baldoni covering “the stories of mishaps and miracles you never knew happened,” according to the playhouse’s Facebook page.

In addition, Leap Year Tonight will offer a preview of Cape Playhouse’s upcoming 2021 season, including a discussion about God of Carnage with Matt Lenz (director of the play’s 2021 production at Cape Playhouse), Kate Baldwin and Tracee Chimo. Becky Gulsvig, who was recently seen on the tour of Come From Away will also be on hand to sing a classic Gershwin tune from An American In Paris.

The virtual Leap Year Tonight event will be streaming live on www.capeplayhouse.com tonight, June 10 at 7:30 p.m.