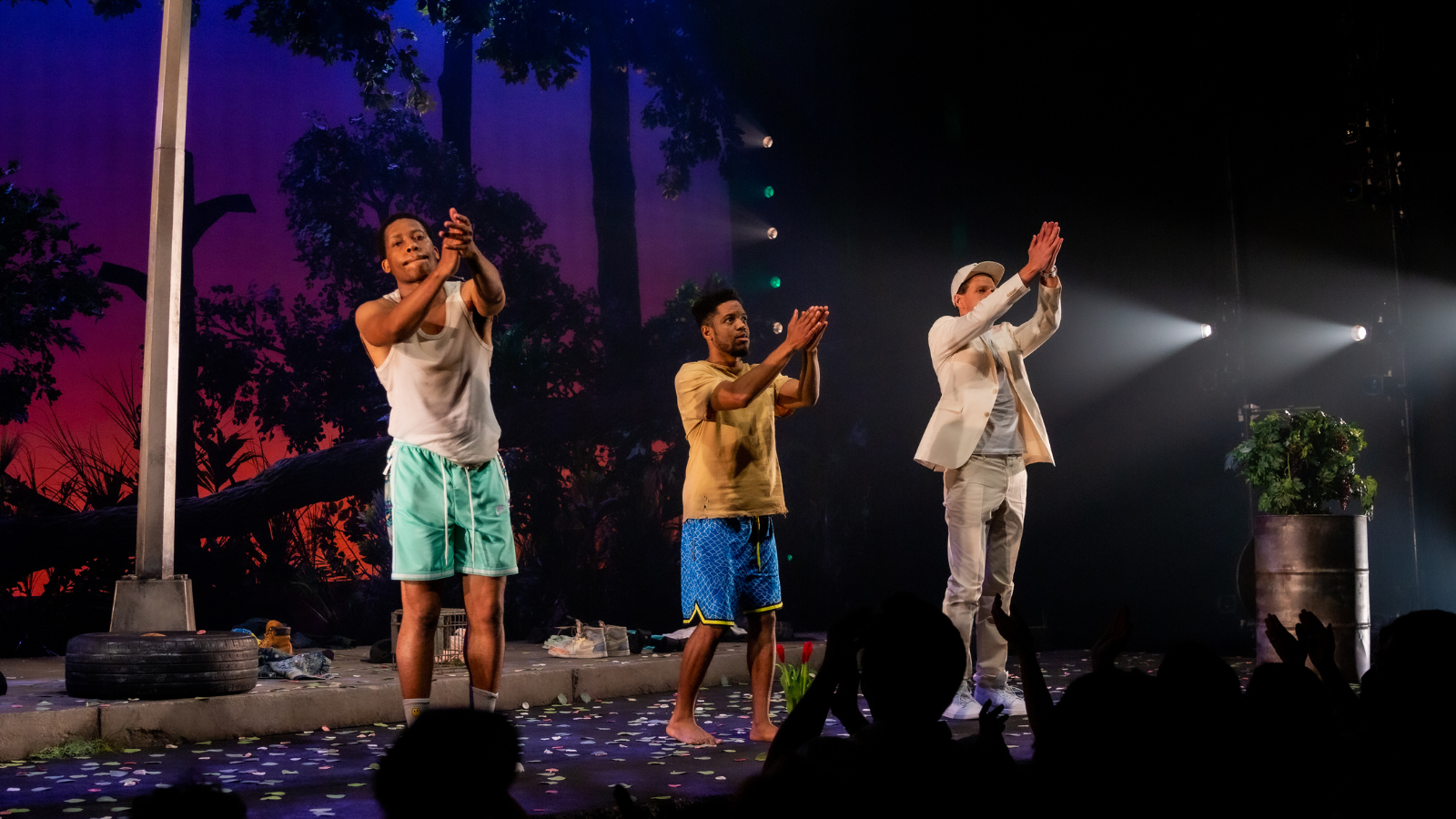 After many months of waiting and uncertainty, a new play began performances on Broadway tonight. Antoinette Chinonye Nwandu’s Pass Over, which is now in previews at the August Wilson Theatre with an official opening set for September 12, welcomed its first audience tonight. The drama is directed by Danya Taymor.

All photos by Kayleen Bertrand for Theatrely.