Check Out These Rockin’ Rehearsal Photos From SING STREET in Boston 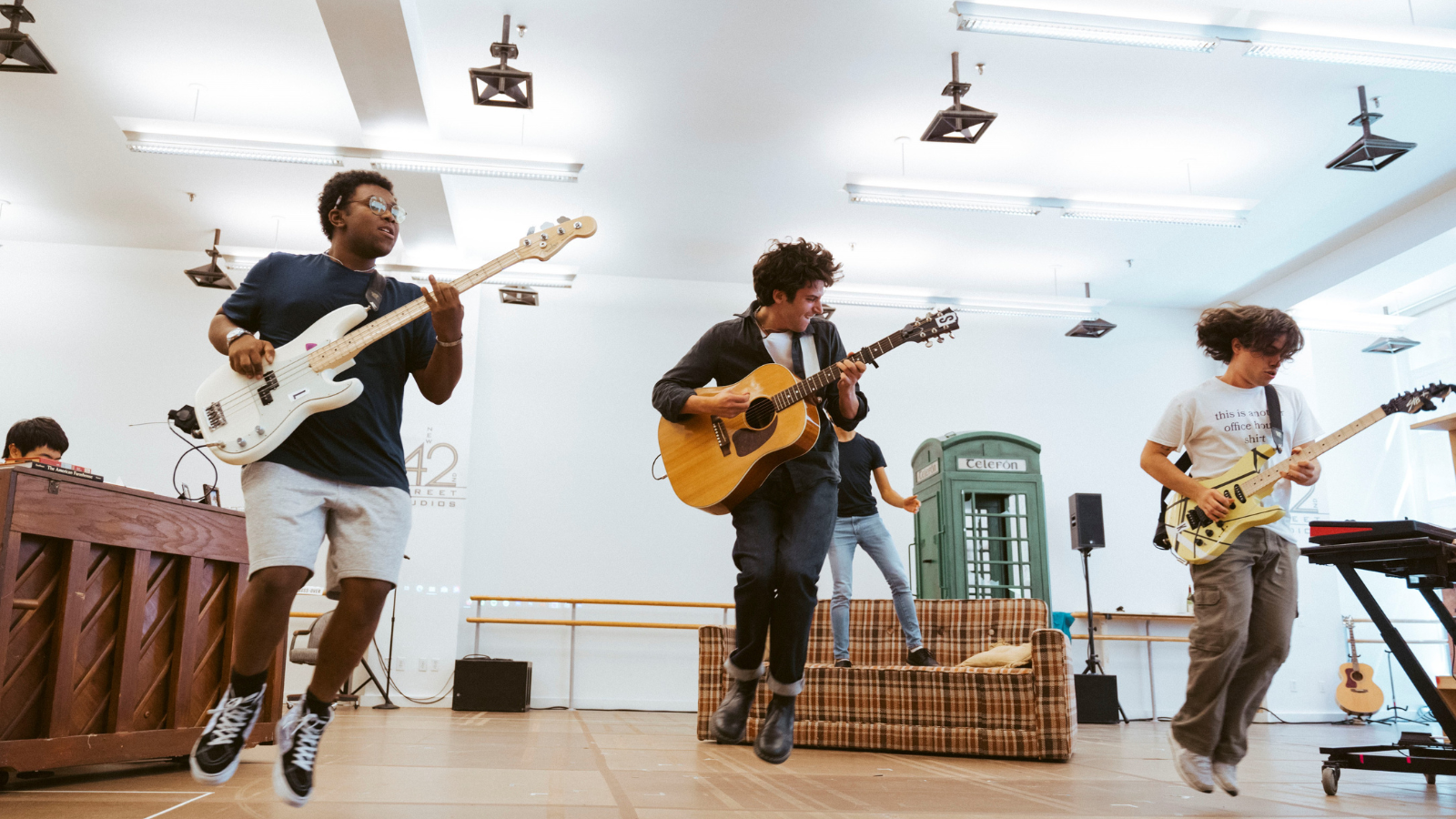 Rock on! The cast of Sing Street is in rehearsals ahead of its run at the Huntington’s Calderwood Pavilion at the BCA in Boston and from the looks of things, audiences are in for a night of headbangers and fist pumps. Check out photos from the cast’s preparations at New 42nd Street Studios in NYC.

Performances will run August 26–October 2, following the musical’s premiere at New York Theatre Workshop in 2019. A planned Broadway for March 2020 was delayed indefinitely due to the COVID-19 pandemic. An original Off-Broadway cast recording from Sony Masterworks Broadway is available to stream or download on all major digital service providers.

‍Sing Street is based on the hit 2016 indie film of the same title by John Carney, with a book by Enda Walsh, and music and lyrics by Gary Clark and Carney. The score features original songs such as “The Riddle of the Model” and “Drive It Like You Stole It,” all played by the young performer-musicians of the ensemble, and references songs from bands like Depeche Mode, Duran Duran, and The Cure.

The story, set in Dublin in the early ‘80s, follows 18-year-old Conor and his schoolmates as they find an escape from their troubles by forming a band to impress Raphina, a mysterious girl who catches Conor’s eye.

Rebecca Taichman directs the production, with choreography by Sonya Tayeh, scenic design by Bob Crowley, costume design by Crowley and Lisa Zinni, lighting design by Natasha Katz, sound design by Peter Hylenski, video design by Luke Halls and Brad Peterson, and hair and makeup design by Tommy Kurzman. Music supervision is by Peter Gordeno and Kris Kukul, with Fred Lassen as music director, and casting by Tara Rubin Casting. The production stage manager is Karyn Meek and the stage manager is Amanda Spooner.

With a 15-member cast and a backstage crew of 16, Sing Street will be the largest Huntington production at the Calderwood in the venue’s 18-year history. For more information and tickets, click here.