CIRCLE JERK Will Return With In-Person and Live Stream Run 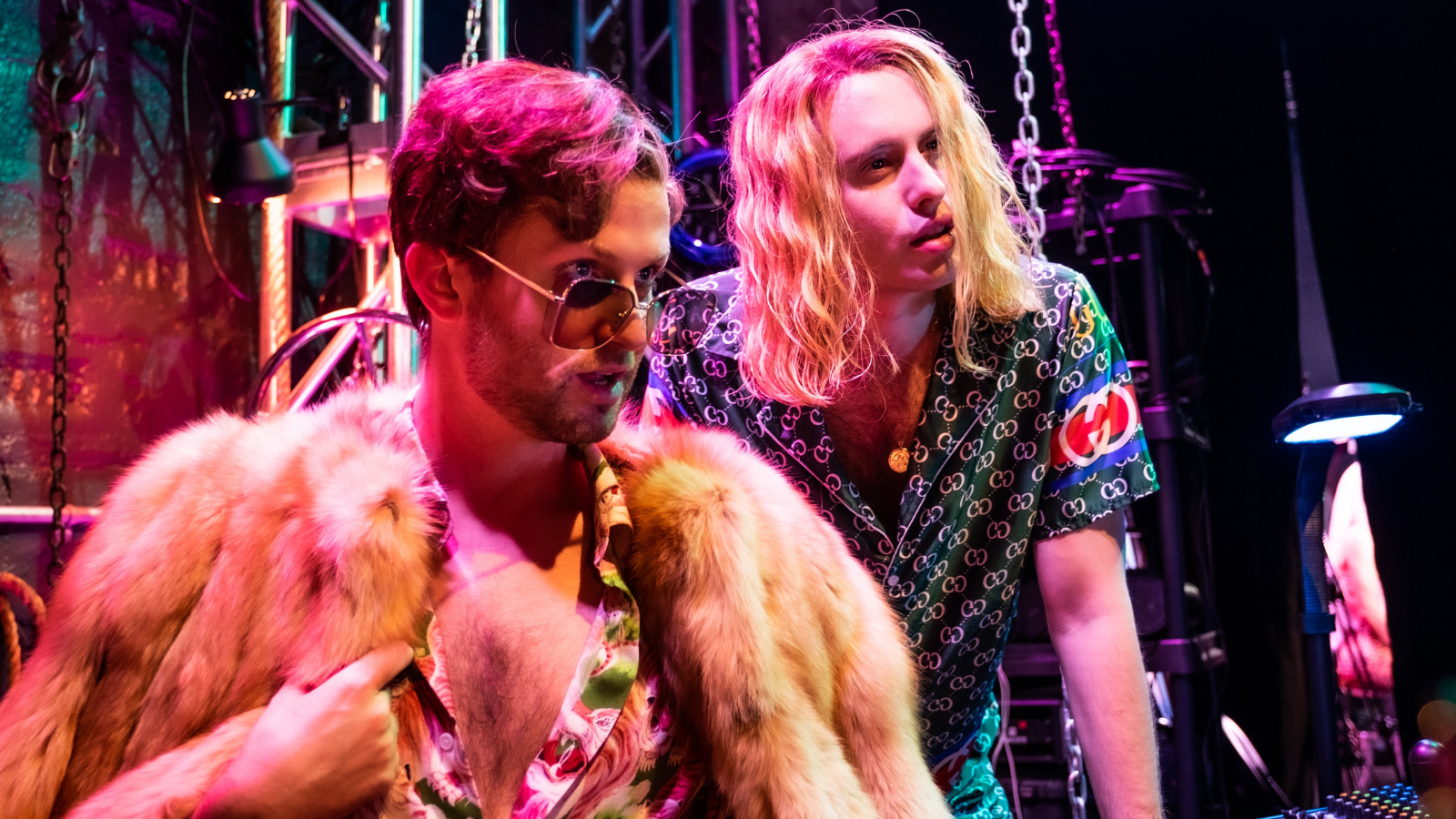 Michael Breslin and Patrick Foley’s satire of gay culture, Circle Jerk, will be seen in-person Off-Broadway for the first time ever this summer. A live stream will run concurrently with performances at The Connelly Theater with previews set to begin June 8 ahead of a June 14 opening night.

Breslin and Foley will be joined in the cast by Cat Rodríguez. The show is directed by Rory Pelsue and includes dramaturgy by Ariel Sibert. In Circle Jerk, it’s winter on Gaymen Island, a summer retreat for the homosexual rich and famous(-ish). In the off-season, two white gay internet trolls hatch a plot to take back what’s they think is theirs (spoiler alert: it’s not).

‍Circle Jerk is one of the first plays conceived for a hybrid in-person and online performance, creating individual experiences for each audience. In this new configuration, theatre audiences will experience both the show and behind-the-screens antics, while streaming audiences can watch the multi-camera spectacle from anywhere in the world.

The work (which originally premiered in 2020) is produced by Fake Friends, a theatre and digital media company that develops and presents original works that are a hybrid of the stage, screen, and internet. The collective, which includes all five members of the production above, continued its experiments with the virtual production of This American Wife in 2021. Later that year, Breslin and Foley executive produced and co-wrote the book for Ratatouille: The TikTok Musical, which raised a total of $2 million for The Actors Fund.