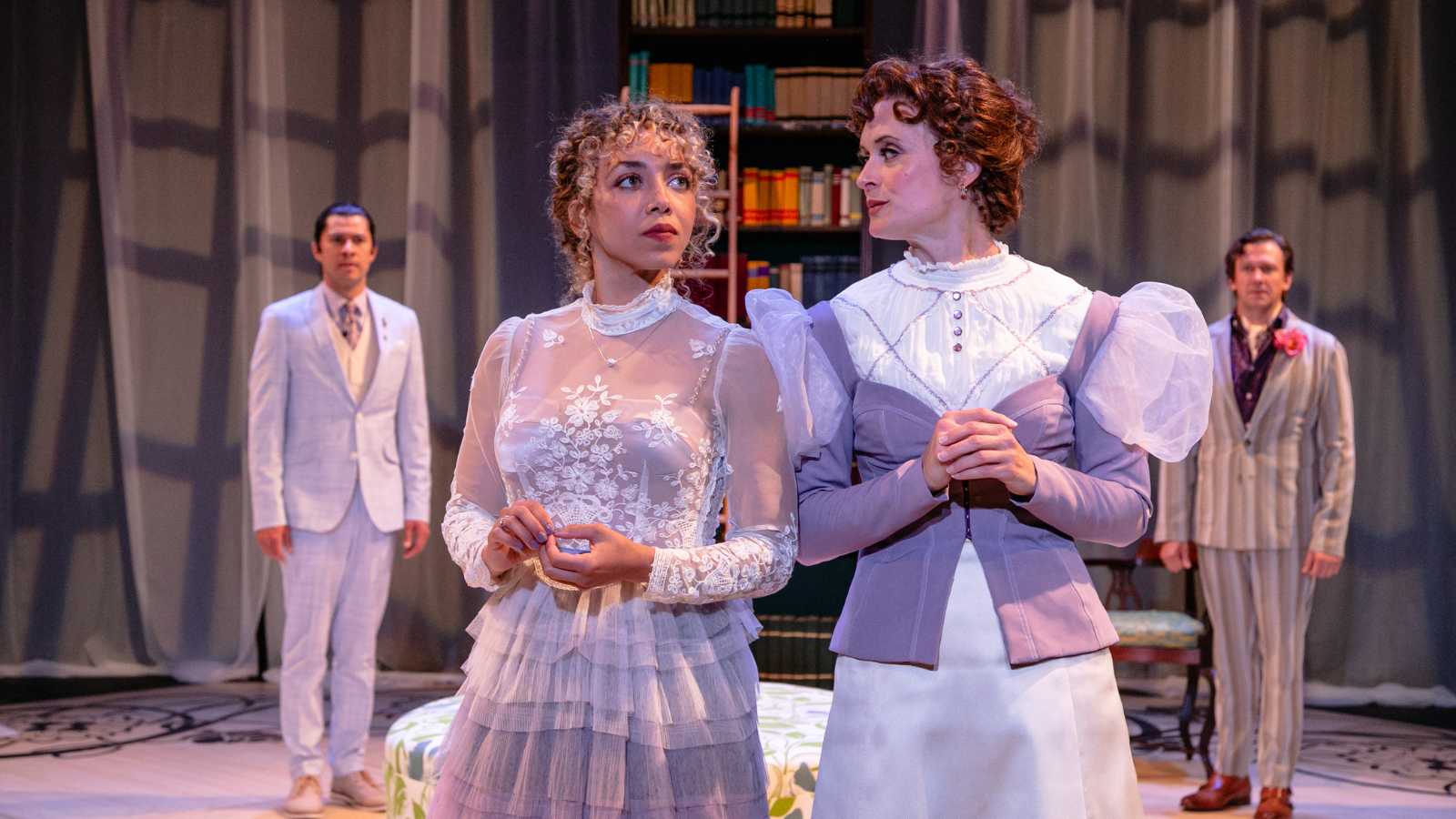 “The truth is rarely pure and never simple.”

And that truth is that The Importance of Being Earnest, currently playing at Berkshire Theatre Group’s Unicorn Theatre in Pittsfield, Massachusetts, is pretty marvelous. Oscar Wilde’s witty comedic masterpiece begins BTG’s summer season and marks the company’s and this critic’s first indoor theatrical experience in many, many months.

This classical farce, which first premiered in 1895 and has been delighting audiences ever since, follows two carefree bachelors who look to add some excitement to their humdrum life in the aristocracy by concocting a scheme of fictitious brothers. When their plan crumbles in the countryside, to say chaos erupts would be to put it ever so politely. The three act satire of mistaken identities has been produced all over the world and has spanned hundreds of adaptations, but Director David Auburn has perfected an intimate production right here in the Berkshires.

The formidable Lady Bracknell is deliciously brought to life by Tony Award winner Harriet Harris in an unforgettable performance that truly only Harris can deliver. The devilishly handsome playboys Algernon and Jack, portrayed by Shawn Fagan and Mitchell Winter respectively, are wonderful and serve Wilde’s iconic dialogue and banter with a flare of guile and smirks. Opposite them stands Gwendolyn (Rebecca Brooksher) and the innocent Cecily (Claire Saunders) who have a scrumptious quarrel in Act II that is worth the trip to the theatre alone.

With stunning costumes from Hunter Kaczorowski and an effortless multipurpose set designed by Bill Clarke, I was most impressed with Scott Killian’s sound design and composition. At times classic and at times disco era-groovy, the cacophony of various musical elements brought the excitement to an otherwise lovely production. I appreciate Auburn’s dedication to the original text, and as one of the first performances back, it’s a rather fitting choice for a return to the theatre.

One thing I forgot about going to an in-person performance is that you don’t control the temperature! Bring a jacket as BTG likes to keep the Unicorn a little chilly.

“The Importance of Being Earnest” plays through July 10 at the Unicorn Theatre in Pittsfield, MA. For tickets and more information, visit here.