COME FROM AWAY: CONCERT AT LINCOLN MEMORIAL To Honor 20th Anniversary of 9/11 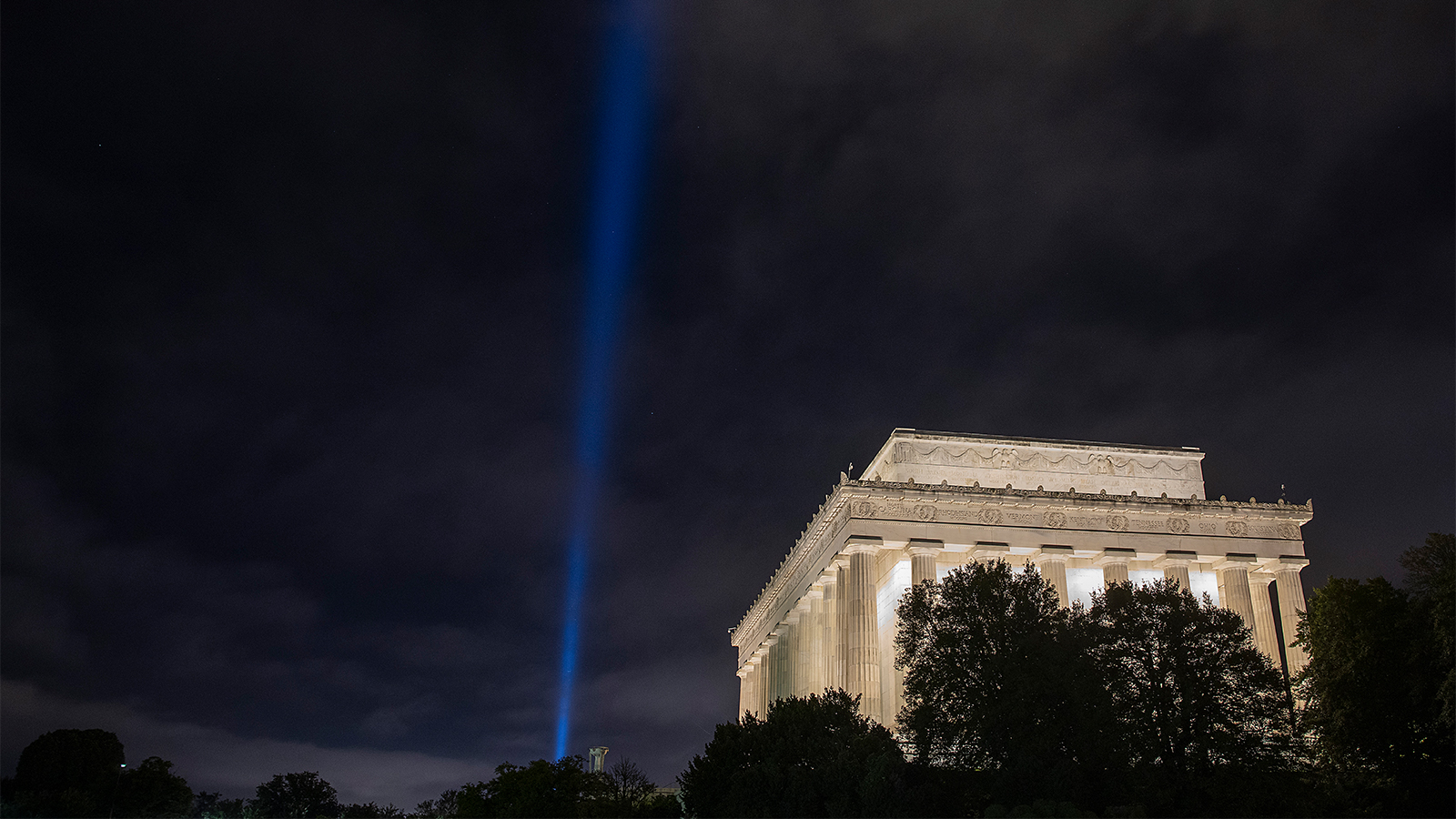 Ford’s Theatre Society today announced a one-night concert version of the Tony-nominated musical Come From Away on the steps of the Lincoln Memorial, September 10, 2021, at 6:00 p.m. Members of the Come From Away company will star in this free, 100-minute concert in honor of the 20th anniversary of 9/11. Come From Away: Concert at the Lincoln Memorial features modified concert staging with minimal props and costumes and is presented rain or shine. Tickets are not required.

“There isn’t a more fitting or inspiring location than the Lincoln Memorial to stage this wonderful story that honors the better angels of our human nature,” said Ford’s Theatre Director Paul R. Tetreault.  “On the 20th anniversary of 9/11, we are honored to present this story of courage, communion and compassion. And we are grateful for the chance to do so in-person, welcoming back audiences to experience the transportive power of live theatre together once again.”

Come From Away tells the remarkable true story of 7,000 stranded passengers on September 11, 2001, and the small town in Newfoundland that welcomed them. The concert at the Lincoln Memorial marks the return of live performance for Ford’s Theatre and the first time since March 2020 that music from the musical will be performed for a live audience in the United States.

Come From Away: Concert at the Lincoln Memorial is made possible thanks to General Dynamics and Lead Sponsor Ford Motor Company, with additional support from Ovation.

“We are thrilled to be returning to Washington, D.C., working with our friends at Ford’s Theatre,” said Come From Away producer Sue Frost. “Ford’s Theatre was instrumental in the development of Come From Away, so it is fitting that the team is together again to share this story in commemoration of the 20th anniversary of 9/11.”

Broadway performances of Come From Away resume September 21 at the Gerald Schoenfeld Theatre.

The North American Tour of Come From Away, which launched across the United States and Canada at Seattle’s 5th Avenue Theatre in October 2018, will resume performance on October 5, 2021, in Memphis, TN, visiting 36 cities including a return to Washington, D.C., at the National Theatre in April 2022.

Apple Original Films has landed the live filmed production of the award-winning hit musical Come From Away, which will mark the first Broadway show to be streamed by Apple TV+, eOne, Hasbro’s entertainment studio is producing the live capture performance. The production took place in May 2021 in New York City and employed over 200 people including members of the Broadway crew, staff and creative teams.

The Ford’s Theatre 2021-2022 season of in-person productions also includes plays My Lord, What a Night and The Mountaintop, exploring Civil Rights icons Marian Anderson and Martin Luther King, Jr., plus the anticipated world-premiere musical Grace and the joyful holiday return of A Christmas Carol. For more information on the Ford’s Theatre season, visit www.fords.org.