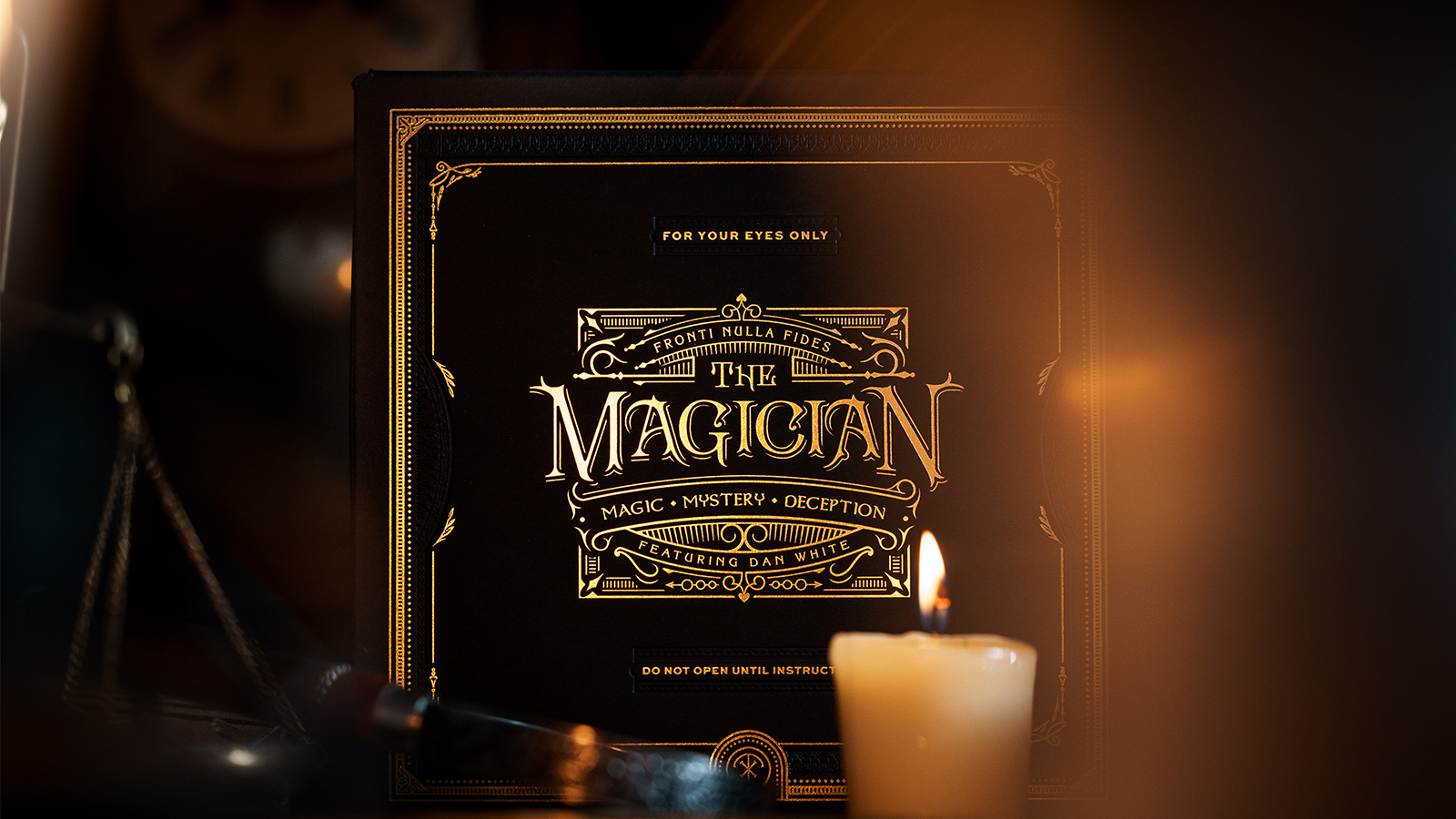 As we approach one year of staying at home because of the pandemic it can be hard to see the wonder and amazement in the everyday things around us. Magician Dan White has tried–and succeeded–to bring back that sense of excitement in his virtual magic show The Magician Online.

It started a few days before the show when a sleek black and gold embossed box and burlap bag arrived at my front door. It took almost everything in me not to have a peek inside. When Saturday night finally arrived and I dimmed the lights in my living room and opened up my computer to start the show, what followed was almost two hours of incredible illusion. White’s prowess in magic is evenly matched by his spirit as a storyteller–when he tells stories of his daughter and his incredible experiences with magic you can’t help but get sucked into the experience. As the evening progresses and the tricks get more elaborate, it’s hard not to sit right at the edge of your seat. And at the end of the night when the final piece of the puzzle is revealed I nearly fell out of my chair in a combination of shock and astonishment.

White, whose other accolades feature 12 performances on The Tonight Show with Jimmy Fallon and consulting with Kanye West for the YEEZUS tour, teamed up with theory11 to create a new virtual experience different from his long running magic show at The NoMad Hotel in New York. White’s magnetic energy keeps you engaged through the whole evening, as he uses the tricks of his trade to weave his story together. This was by far the largest online magic show I’ve participated in during the pandemic, with around 150 different Zoom accounts logging in. You never feel as if you’re part of the background though, even when you’re not directly participating White finely navigates the line between reaching such a large audience and making every moment feel intimate. I have to give major props to the virtual team that designed the Zoom features of The Magician Online as well. From the pre-show video slides, to the way single participants join White in the same frame, to how all participant’s frames line the edges of the screen during group illusions the production felt like one smooth dance with not a technical issue in sight.

Experiences like this are certainly where the future of live entertainment is heading in 2021, and The Magician Online feels like the pinnacle of making Zoom shows feel engaging. Hearing the applause when everyone is unmuted or the gasps at revelations throughout the show become almost as thrilling as the tricks themselves. Unlike most Zoom theatre performances there are only four performances a week of The Magician Online: Fridays and Saturdays at 7PM and 9:30PM. But even if you have to wait to see it I guarantee it will be worth the time. Whether you do it as a date night, with your family, or even by yourself like I did, The Magician Online is the perfect piece of magic for your next night in.