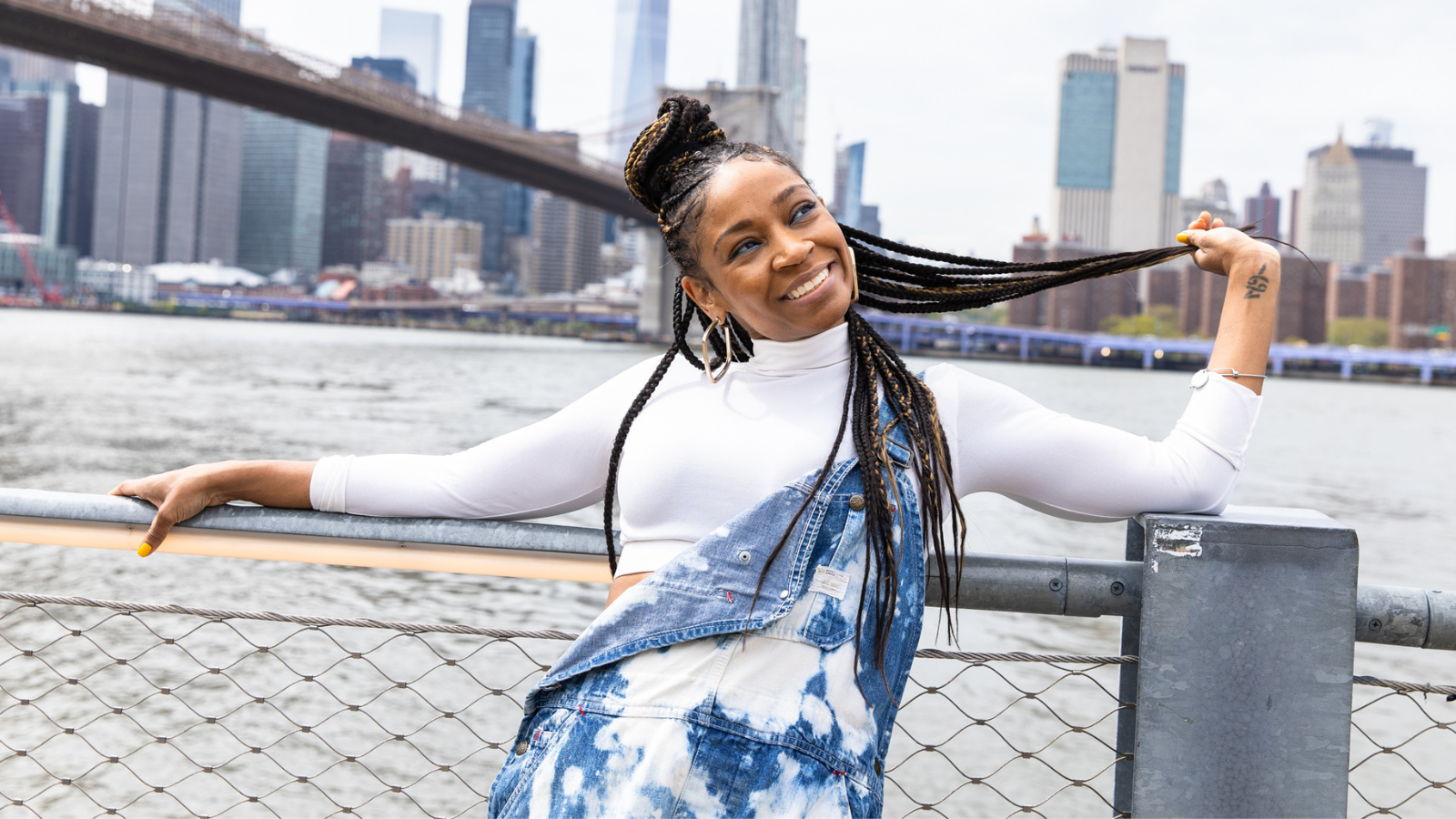 For many performers, after a long 8-show week, their one day off is time to rest and recharge. This week, we caught up with D. Woods from for colored girls who have considered suicide/when the rainbow is enuf to spend an afternoon with her. Get to know a bit more about D. in her #DayOffDiary:

Where might we find you on your day off? In my bed lol 😆 But once I wake up I like to get some fresh air and being a water sign (Cancer), I find myself going to the Brooklyn Bridge Park or the beach if it’s in the summer.

‍If you weren’t a performer, what would you be doing? This is the only thing I've ever done or wanted to do. I've been performing since 3 years old!

‍If you could describe your experience with For Colored Girls… in just one word, what would it be? COLORFUL 😆‍

Who are you jamming to on Spotify right now? You know this artist named D. Woods?...she's great and she has her own label called WoodGrane Entertainment and has been putting music out independently since '09 all while building her TV/film and theatre career. She actually just made her Broadway debut in for colored girls… you should check it out. And all her music is on the streaming and digital sites! “Call It Quits” is her latest release.

‍Read any good books lately? Tendayi Kuumba (Lady in Brown) and I have kind of started a book club. We exchanged books. I gave her Tomi Adeyemi’s Children of Blood & Bone and she gave me Octavia Butler’s Kindred. Both Black female “other worldly” writers! Sooo good!

‍Favorite coffee joint in Midtown? What’s your order? I don’t drink coffee. I know! I don’t know where I get my energy from.

‍Pickles on your burgers? Naw. But on the side if it’s a nice crispy one.

What flavor of cream cheese on your bagel? Plain.‍

If you could play another part in the show for one night, what color would you want to be? I think I'd like to be Green. But I would also like to be Okwui being Green because she's so 1-of-a-kind and I love watching how she plays with all her material and brings something different depending on what the audience is bringing. It’s so fun to watch!‍

What is one show you are dying to see on Broadway right now? Well they aren't here yet but I can’t wait to see August Wilson’s The Piano Lesson when it comes to Broadway!

‍What is your favorite memory working on for colored girls…? So many! Besides taking my 1st bow for my debut performance on BROADWAY ... we have some pretty funny candid moments. During tech, while the hours were late and we as a cast were becoming deliriously tired, the comedy started rolling in. I’m not sure who started it, but we started coming up with names for Kenita Miller’s baby girl. Let’s just say the name grew longer and longer as we combined all of our cast names and Ntozake Shange's poem structure, and gave her a color. I’m not sure if it will fit on the birth certificate but we call her "tenda-nita-d-stay-kwui-mara-andria/shange'/a brown girl/ the 1st/ Miller-Hicks/ the color of light.” Or “lower case” for short 😆

You can catch D. Woods in For Colored Girls…, which is now playing at the Booth Theatre on Broadway. For tickets and more information, click here. For more photos, visit Theatrely on Instagram. All photos by Rebecca J Michelson/Theatrely.