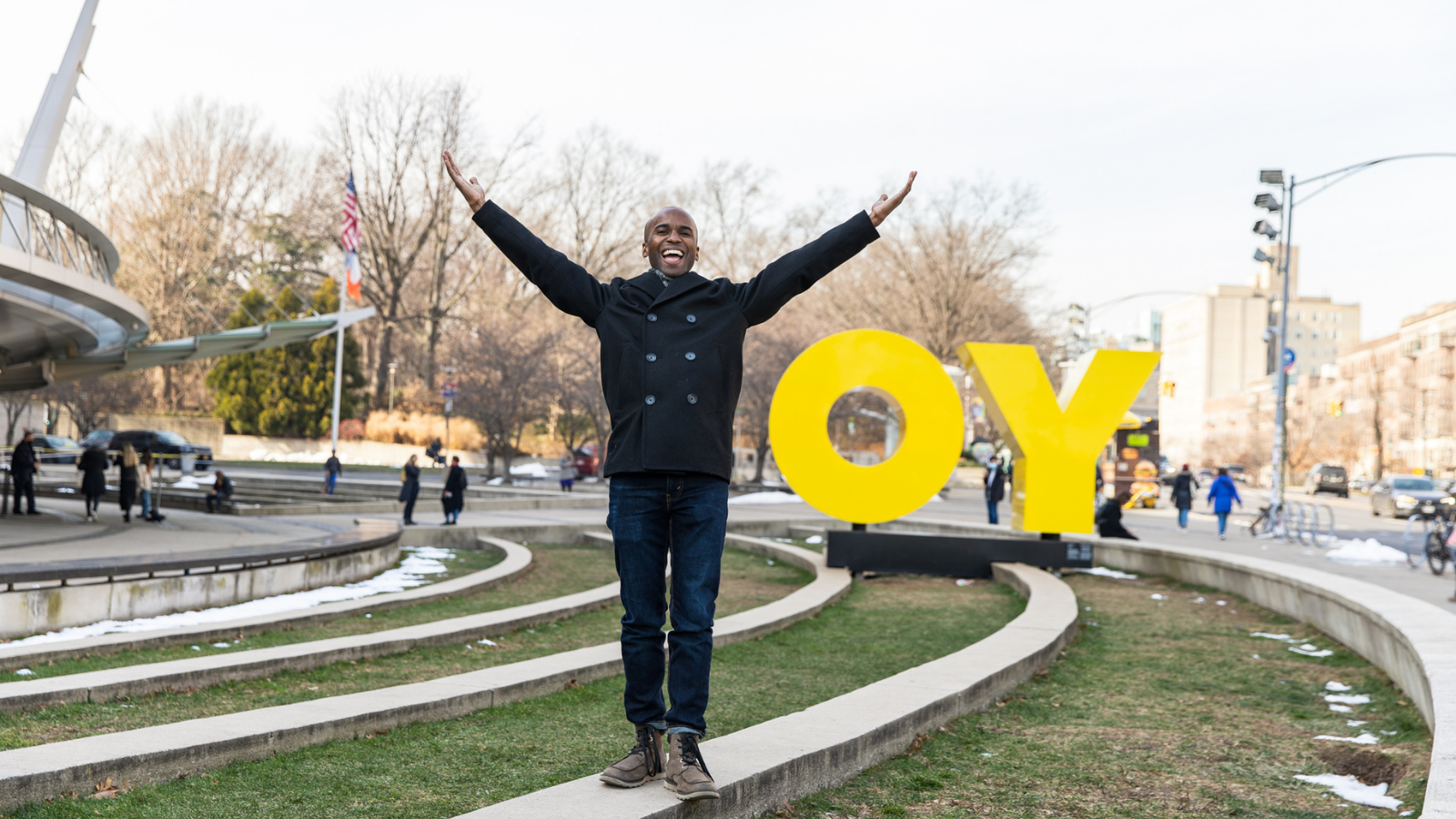 For many actors, after a long 8-show week, their one day off is time to rest and recharge. This week, we caught up with Jordan Barrow from Wicked to spend an afternoon with him at the Brooklyn Museum. Get to know a bit more about Jordan in his #DayOffDiary:

Where might we find you on your day off? Walking around my Brooklyn neighborhood and/or catching up on my television and taking it very easy at home.

What was your first ever role? Charlie Brown in a shortened version of You’re A Good Man, Charlie Brown. I remember being pretty unnerved when I got such a big role but quickly came around to it.

If you weren’t an actor, what would you be doing? I would work in artist development. I love finding new artists and think I would be pretty good at scouting and fostering new artists for a record label.

If you could describe your experience with Wicked so far in just one word, what would it be? Spontaneous.

Who are you jamming to on Spotify right now? FKA Twigs and JP Cooper.

What are you binging on TV right now? It took us 4 months to finish, but we did “The Sopranos,” and currently doing “Yellowjackets”.

Read any good books lately? “The Other Black Girl” by Zakiya Dalila Harris. It’s “Get Out” meets “Insecure.”

Pineapple on your pizza? Let’s go.

What flavor of cream cheese on your bagel? Cinnamon Apple or Churro from Brooklyn Bagel.

When did you first see Wicked? Who was your first Elphaba/Glinda duo? The first National Tour at the Kennedy Center on December 28, 2005 starring Stephanie J. Block and Kendra Kassebaum. It was a Christmas gift for our whole family that year and one I have never forgotten, still have the Playbill and ticket stubs.

What is one show you are dying to see on Broadway right now? I still have not seen Hadestown?!

Favorite musical of all time? Ragtime.

Dream Roles? My dream has been to create roles and I have been lucky enough to do that twice, my dream roles that already exist are Leading Player in Pippin and John Laurens/Philip Hamilton in Hamilton.

We know you just stepped into the role of Boq, but tell us about your first performance the Gershwin stage – how was it? My first performance was a whirlwind evening. It was only 3 weeks to the day I booked the job and I could not believe my body was even doing what it was doing. My parents were able to fly up and I had a small army of friends there to support this once in a lifetime evening. The early reviews from my family and friend’s were favorable but I could not actively tell you half of what I did. It was all such a wonderful blur of memories.

You can catch Jordan in Wicked which is now in performance at the Gershwin Theatre. For tickets and more information, visit here. For more photos, visit Theatrely on Instagram. All photos by Rebecca J Michelson/Theatrely.