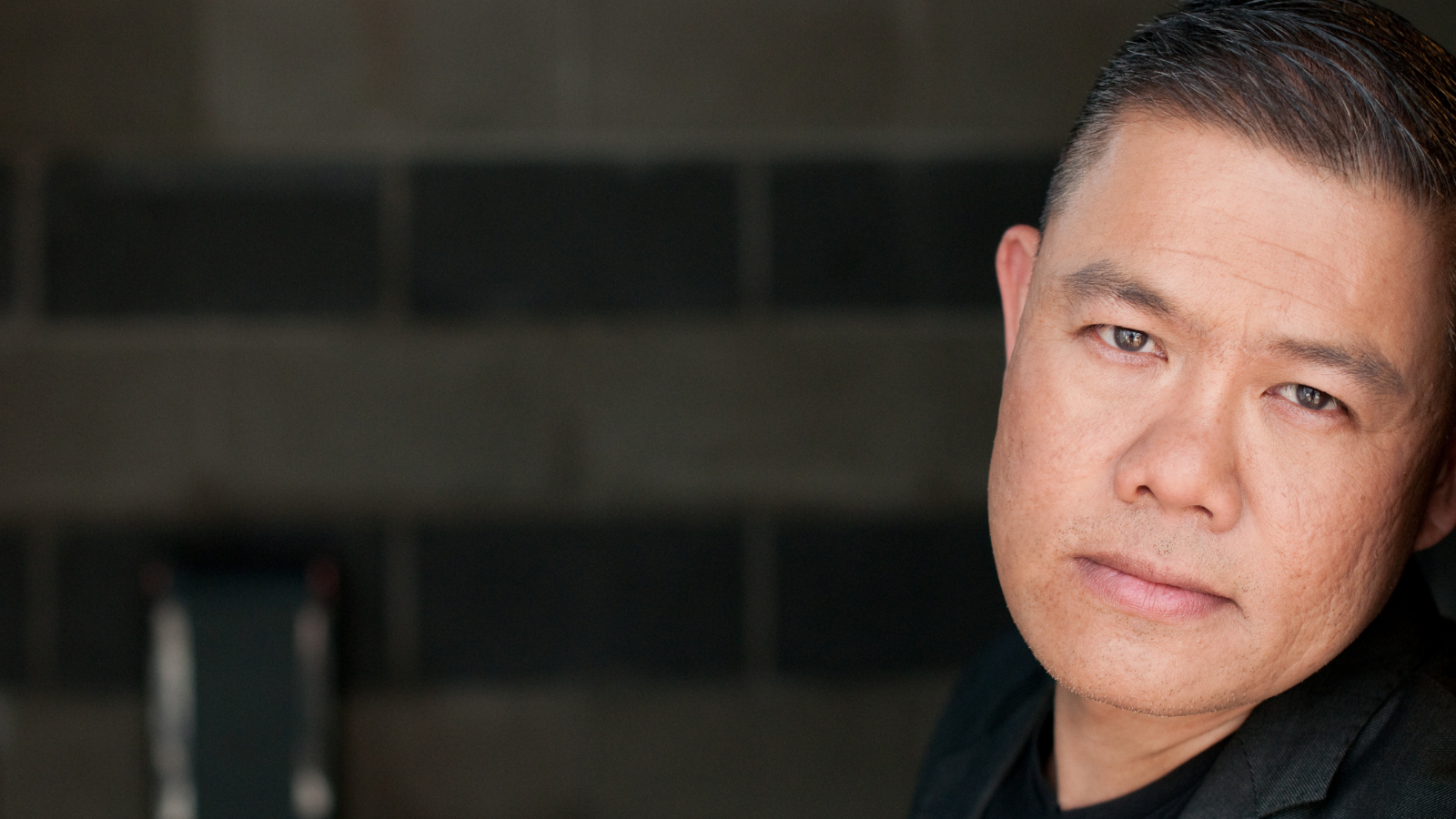 Throughout the COVID-19 pandemic, many people suffered with feeling isolated. In response to this loneliness, lots of people looked for new ways to build communities as a way to adapt to this new normal. For some, this meant finding online spaces bound by common interests. For others, it looked like connecting with family and neighbors.

For Kristina Wong, it meant starting up a network of hundreds of volunteers, the Auntie Sewing Squad, to make facemasks for vulnerable groups.

Playing at the New York Theatre Workshop, Kristina Wong, Sweatshop Overlord tells a story of finding community in a time of isolation while revisiting and reflecting on the social and political landscape in the United States over the past 18 months.

Director Chay Yew described Kristina Wong, Sweatshop Overlord as a sort of “docutestimonial” about Wong’s own experience, starting in the early days of the COVID-19 pandemic back in March 2020.

“I would say the play is about Kristina’s journey during the pandemic, from being an unessential artist, as most artists were called by the government at the time, to finding her own sense of being essential,” Yew said.

The show, which focuses on Wong’s experience creating a network of sewers across the United States when she herself was isolated, was streamed from Wong’s apartment in Los Angeles earlier this year as part of New York Theatre Workshop’s 20/21 Artistic Instigator season. Yew worked with Wong to expand and update the show to a fully stated production.

One challenge that Yew described was the process of finding a way to expand the original product, which was about half an hour long, into a full 90-minute production.

“When you a 30-minute Zoom [production], you can stay in that world for 30 minutes, but in the theater time passes differently,” Yew said. “And we have to find about 80 or 90 minutes of journey, of this play.”

Yew said that in the process of finding a journey in the play, there were times when scenes had to be cut in the interest of benefitting the larger story and finding out what’s important to say.

“Sometimes even taking short stories to make it into a complete work is hard,” Yew said. “And I think in this particular case, we always said to ourselves, ‘This is a gift to the audiences. How do we tell the story the best that we know how to?’”

At the same time, there was a level of creativity that came with bringing Kristina Wong, Sweatshop Overlord to the stage in a relatively short period of time, Yew said.

“That’s the joy of creating theatre, I would say, in the moment, which is usually very rare. I’ve done a few of these things, they’re nerve-wracking as well,” Yew said. “How do you design a set when there is no script? How do you design costumes based on a few scenes? So all of these things had to be taken on way early to figure that out.”

While there are challenges that came with producing this show in a short period of time, Yew said he finds value in performing this piece that comments on issues related to the pandemic while the pandemic is still ongoing. Yew said this is a rare opportunity, considering that it usually takes a while for theatrical productions about social issues to be produced.

“Theatre takes years,” Yew said. “So to some extent, what is unique is to actually represent as much as we could and encapsulate what has occurred to artists who are still undergoing a certain feeling, a certain kind of experience.”

Yew said the portions of the show that deal with the rise in violence towards Asian Americans are particularly important due to their timeliness.

“For the first time, very quickly, we were able to put that into theatre and it became a communal experience, that we were not alone,” Yew said. “If a play about anti-Asian violence was to be done two years from now, we may have some distance and it may not be as visceral.”

Yew hopes audiences who see Kristina Wong, Sweatshop Overlord  use the experience as a space to process feelings related to the pandemic that they may have been pushing away.

“I think we need a catharsis because we’ve been so alone, we’ve been buying our own traumas in a way,” Yew said. “This play is almost like an opportunity for us to sit together in a circle and say, ‘We’ve been through the same thing. Now let’s find a way out of it together.’”

Kristina Wong, Sweatshop Overlord is now in performance at New York Theatre Workshop on East 4th Street through this Sunday, November 21, 2021. The performance will be available for streaming beginning December 1 through December 14, 2021. For tickets and more information, visit here.