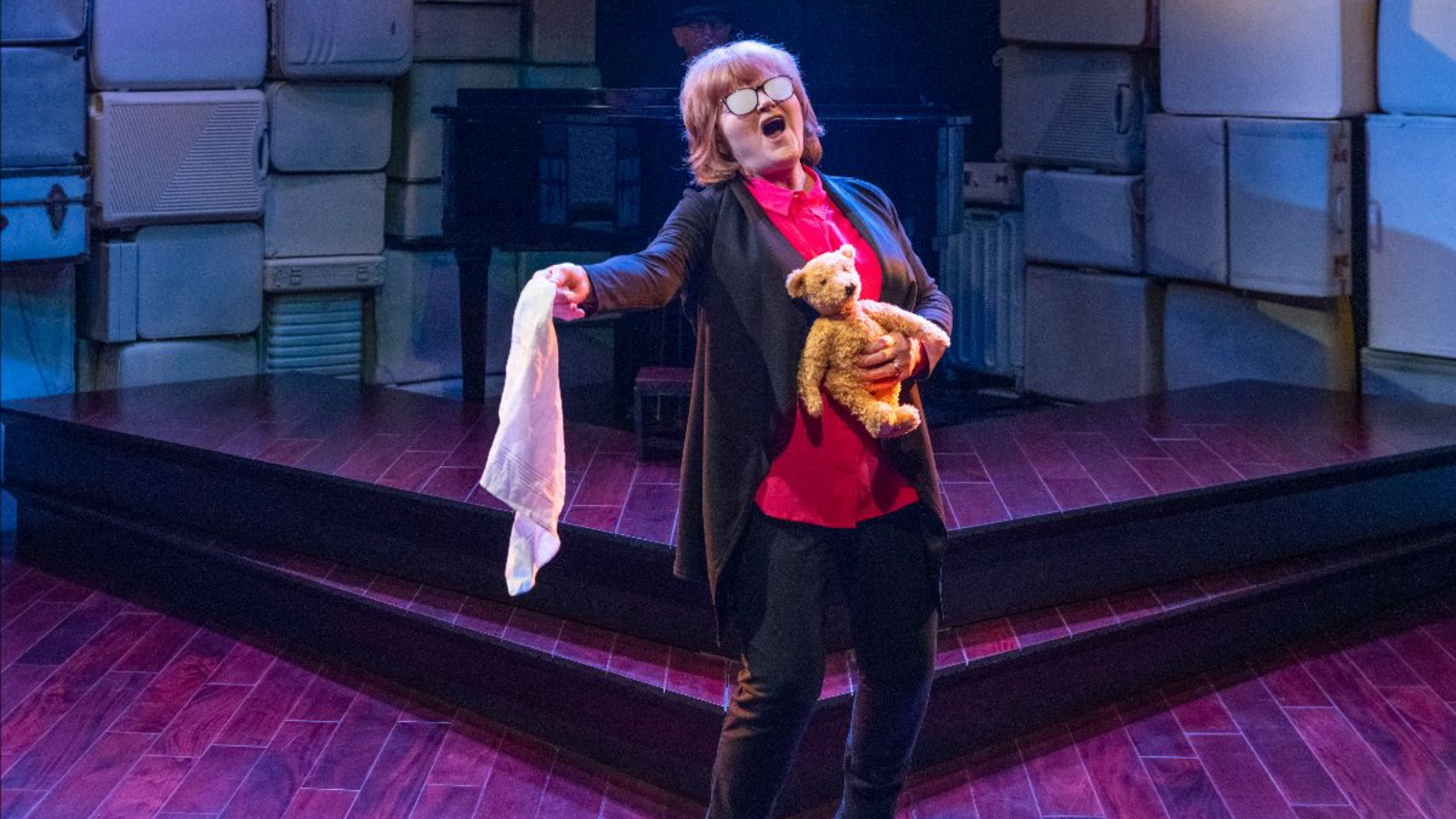 Lesley Nicol in How The Hell Did I Get Here? | Photo: Michael Brosilow

‍Downton Abbey star Lesley Nicol is reducing drag queens to tears with her new solo musical, How The Hell Did I Get Here?. It’s not everyday that glamazons are puddles (unless getting dressed down by mama Ru on Drag Race), so one has to question: how did the tender-hearted performer who plays Mrs. Patmore on screen manage the feat?

“One of my favorite bits of feedback was we had four drag queens come in in Chicago, and one of them said to my producer afterwards, he said, ‘I’ve just sat for just over an hour laughing and crying with Lesley. And I’ve just seen my entire life in front of me.’ Now that is exactly what we want to happen because everybody’s life is different. But in a way, we're all the same, aren’t we?”

It’s all part of the allure of How The Hell Did I Get Here?, which begins a run April 20 at The McKittrick Hotel’s Cable Car venue in NYC. After hitting the Big Apple, Nicol and composer-lyricist Mark Mueller will take their show to Pittsburgh and then to the West Coast for a San Francisco staging

The music is written by Mueller, who crafted two seminal tunes for 90s kids: the theme song to DuckTales and “Crush” (made famous by Jennifer Paige), among others. The show, however, isn’t a throwback. “This is a bit of a new one for him,” says Nicol. “He's not used to playing the piano every night in a theatre, but he’s so passionate about the show. This is like our baby…he will play every single show. These songs are incredibly good and a couple of them are just killer funny.”

As for Nichol, the star is no stranger to the stage—she played Rosie in Mamma Mia! in the West End. With other credits like Miss Hannigan in Annie (Toronto) and the original London production of Jesus Christ Superstar, she’s ready to originate a new role: herself.

Authenticity is a major part of the show and while it’s certainly a performance, Nicol isn’t letting herself slip into a character. “I’m not somebody who tries to be something else, to be honest. I’m quite happy to be who I am, and you can like it or not [laughs]. On the other hand, you are in a theatrical situation, so I suppose I'm aware of... things that are funny, so you'll be timing them in a certain way because that works best.”

Plus, the show itself is more introspective for the audience than just a biography played out on stage. “It’s full of stuff that I think is designed for people to start examining their own story, as well as looking at mine. And yeah, I suppose they will meet me and find out more about me—but that's not the primary intention.”

On top of the show, The McKittrick is offering a special tea time experience, where audiences (for a surcharge) can partake in some delicious finger sandwiches and sweet treats. They’re as good as one of Mrs. Patmore’s specialties.