FIDDLER ON THE ROOF IN YIDDISH Sets Off-Broadway Return Engagement 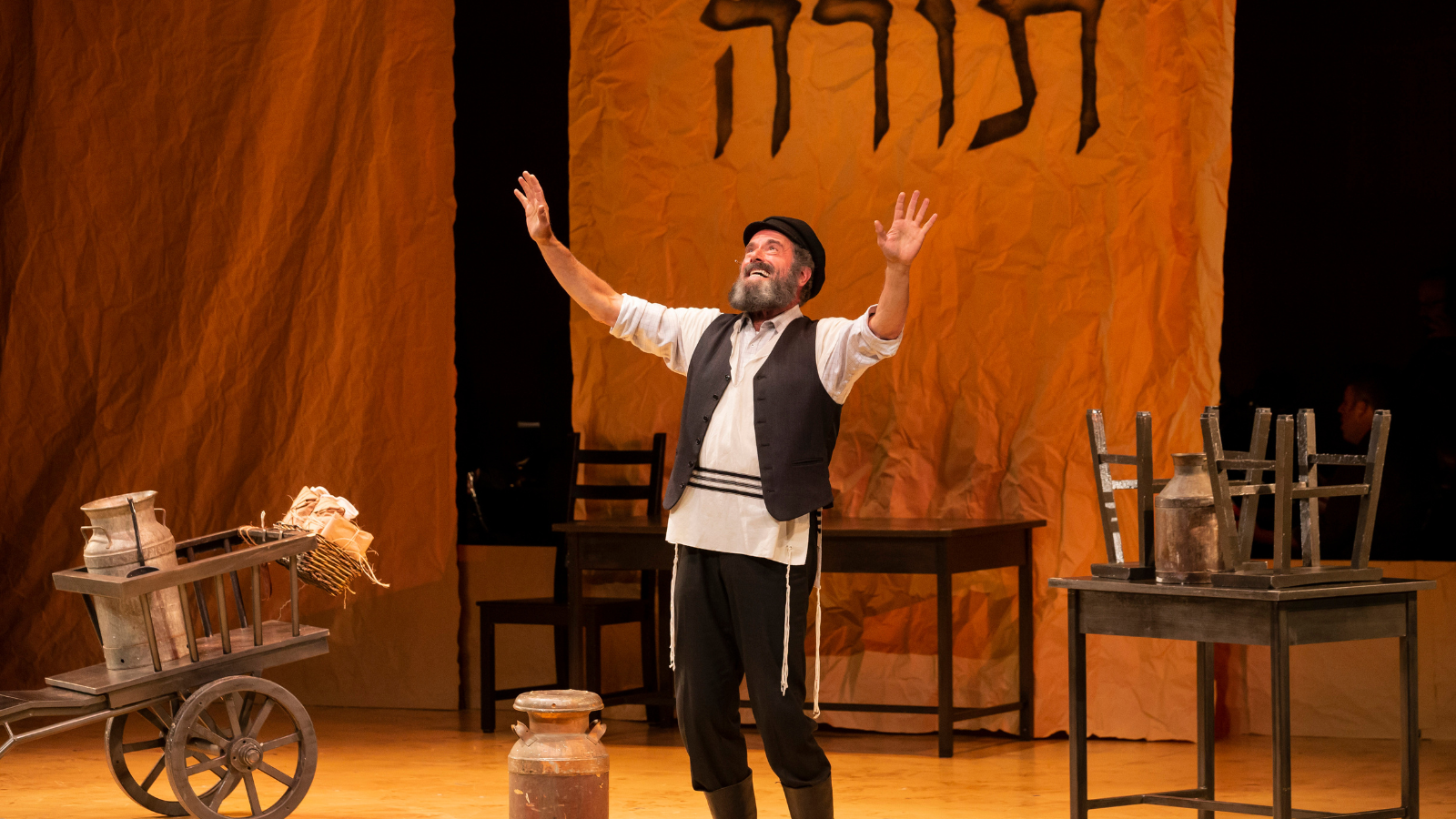 Steven Skybell in Fiddler on the Roof in Yiddish | Photo: Lev Radin

“Traditsye” is returning to Off-Broadway. The National Yiddish Theatre Folksbiene will present a limited engagement of Fiddler on the Roof in Yiddish, starting later this year. The musical will begin performances November 13 at New World Stages, following its critically acclaimed run a few years ago. It is spoken and sung in Yiddish with English and Russian supertitles.

Returning for this production is director Joel Grey and Steven Skybell as Tevye. Original choreography is by Jerome Robbins, with musical staging and new choreography by Staś Kmieć. More casting and creative team members will be announced at a later date.

“The fictional Anatevka of Fiddler on the Roof is based on shtetls that were located outside of Kyiv in present-day Ukraine. We can’t help but think of the displaced residents of Anatevka while a new generation of refugees are fleeing their homeland due to the current crisis,” says NYTF’s Artistic Director Zalmen Mlotek. “It seems like an appropriate moment for us to revisit this timeless show, and to experience its joy, sorrow, humor and universal truths in this expressive translation that enriches the experience for all audiences, whether or not you know a word of Yiddish.”

‍Fiddler on the Roof features a book by Joseph Stein, based on stories by Sholem Aleichem, with music by Jerry Bock and lyrics by Sheldon Harnick. The Yiddish translation is by Shraga Friedman. The musical premiered on Broadway, in English, in 1964 and won nine Tony Awards, including Best Musical.